It is the condition when the voltage across a circuit becomes in phase with the current supplied to the circuit.At resonance, the circuit behaves like a resistive circuit.Power factor of the circuit at resonance becomes = "1"The resonance may be classified into two groups

The total impedance of series n/w is given by

where f0 is the frequency of resonance in HertzAt resonance, the current is I0 = V/R

Variation in Z with respect to 'ω'

Selectivity and Bandwidth : At frequency of resonance, the impedance of a series RLC circuit is minimum. Hence the current is maximum. As the frequency of the applied voltage deviates on either side of the series resonant frequency, the impedance increases and the current falls. Figure shows the variation of current I with frequency for small values of R. Thus, a series RLC circuit possesses frequency selectivity. The frequencies f1 and f2 at which the current I falls to (1/√2) times its maximum values I0( = V/R) are called halfpower frequencies of 3 - dB frequencies. The bandwidth (f2-f1) is called the halfpower bandwidth or 3-dB bandwidth or simply bandwidth (BW) of the circuit. 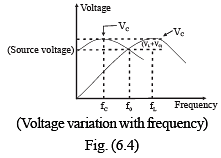 Selectivity of a resonant circuit is defined as the ratio of resonant frequency to the BW. Thus,

Resonant Circuit : A circuit consisting of a parallel connection of a resistor R, an inductor L, and a capacitor C is called a second - order parallel resonant circuit.

The important proporties of such a circuit are as follows:

Consider the circuit shown in figure 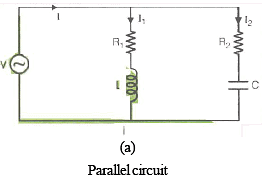 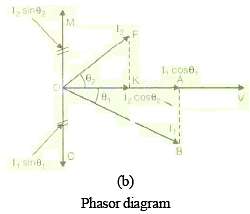 Resonant frequency is given by

This is a very important case. Observe the tank circuit shown in figure (6.7). 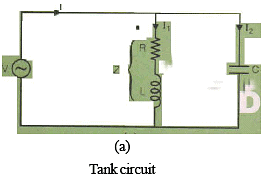 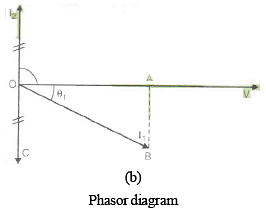 And resonance frequency for tank circuit is given by 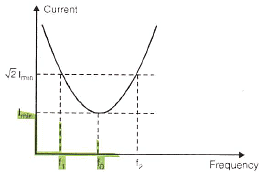