The document Chapter - 6 Chemical Bonding Notes | EduRev is a part of the Class 12 Course Chemistry Class 12.
All you need of Class 12 at this link: Class 12

Chemical Bond : In the process each atom attains a stable outer electronic configuration of inert gases.Ionic or Electrovalent Bond : The formation of an ionic compound would primarily depends upon :

Conditions for the formation of ionic compounds :

Lattice Enthalpy : The lattice enthalpy of an ionic solid is defined as the energy required to completely separate one mole of a solid ionic compound into gaseous constituent ions.

Determination of lattice energy :Born-Haber Cycle: It inter relates the various energy terms involved during formation of an ionic compound. It a thermochemical cycle based on the Hess’s law of constant heat summation.

Hydration : All the simple salts dissolve in water, producing ions, and consequently the solution conduct electricity. Since Li+ is very small, it is heavily hydrated. This makes radius of hydrated Li+ ion large and hence it moves only slowly. In contrast, Cs+ is the least hydrated because of its bigger size and thus the radius of the Cs+ ion is smaller than the radius of hydrated Li+, and hence hydrated Cs+ moves faster, and conducts electricity more readily.

Hydrolysis :Hydrolysis means reaction with water molecules ultimately leading to breaking of O-H bond into H+ and OH- ions.Hydrolysis in covalent compounds takes place generally by two mechanisms(a) By Coordinate bond formation : Generally in halides of atoms having vacant d-orbitals or of halides of atoms having vacant orbitals.(b) By H-bond formation : For example in Nitrogen trihalides

General properties of ionic compounds :(a) Physical state : At room temperature ionic compounds exist either in solid state or in solution phase but not in gaseous state.(b) Simple ionic compounds do not show isomerism but isomorphism is their important characteristic.e.g. , FeSO4.7H2O | MgSO4. 7H2O(c) Electrical conductivity: All ionic solids are good conductors in molten state as well as in their aqueous solutions because their ions are free to move.(d) Solubility of ionic compounds: Soluble in polar solvents like water which have high dielectric constant

Covalent Bond: It forms by sharing of valence electrons between atoms to form molecules e.g., formation of Cl2 molecule :

Coordinate Bond (Dative Bond):The bond formed between two atom in which contribution of an electron pair is made by one of them while the sharing is done by both.(i) NH+4 (ammonium ion)

Formal charges help in the selection of the lowest energy structure from a number of possible Lewis structures for a given species.

Limitations of the Octet Rule :1. The incomplete octet of the central atomLiCI, BeH2 and BCI3, AICI3 and BF3.2. Odd-electron moleculesnitric oxide, NO and nitrogen dioxide. NO2 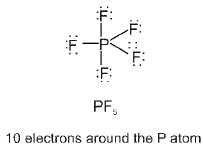 4. Other drawbacks of the octet theory(i) some noble gases (for example xenon and krypton) also combine with oxygen and fluorine to form a number of compounds like XeF2 , KrF2, XeOF2 etc.,(ii) This theory does not account for the shape of molecules.(iii) It does not explain the relative stability of the molecules being totally silent about the energy of a molecule. Orbital Overlap Concept according to orbital overlap concept, the formation of a covalent bond between two atoms results by pairing of electrons present, in the valence shell having opposite spins.

Types of Overlapping and Nature of Covalent BondsThe covalent bond may be classified into two types depending upon the types of overlapping : (i) sigma(σ) bond, and (ii) pi (π) bond(i) Sigma (σ) bond : This type of covalent bond is formed by the end to end (head-on) overlap of bonding orbitals along the internuclear axis.

(ii) pi(π) bond : In the formation of π bond the atomic orbitals overlap in such a way that their axes remain parallel to each other and perpendicular to the internuclear axis.

Strength of Sigma and pi Bonds : In case of sigma bond, the overlapping of orbitals takes place to a larger extent. Hence, it is stronger as compared to the pi bond where the extent of overlapping occurs to a smaller extent.

Determination of hybridisation of an atom in a molecule or ion:Steric number rule (given by Gillespie) : Steric No. of an atom = number of atom bonded with that atom + number of lone pair(s) left on that atom.

CONDITIONS FOR THE COMBINATION OF ATOMIC ORBITALS :

ENERGY LEVEL DIAGRAM FOR MOLECULAR ORBITALS :The increasing order of energies of various molecular orbitals for O2 and F2 is given below:

BOND ORDERBond order (b.o.) = 1/2 (Nb - Na)A positive bond order (i.e., Nb > Na) means a stable molecule while a negative (i.e., Nb < Na) or zero (i.e., Nb = Na) bond order means an unstable molecule.NATURE OF THE BOND:Integral bond order values of 1, 2 or 3 correspond to single, double or triple bonds respectively.BOND-LENGTH:The bond order between two atoms in a molecule may be taken as an approximate measure of the bond length. The bond length decreases as bond order increases.MAGNETIC NATURE:If all the molecular orbitals in a molecule are doubly occupied, the substance is diamagnetic (repelled by magnetic field) e.g., N2 molecule.

For example the dipole moment of HF may be represented as

The shift in electron density is represented by crossed arrow (-]→) above the Lewis structure to indicate the direction of the shift. a molecule will have a dipole moment if the summation of all of the individual moment vector is non-zero.

where R is resultant dipole moment.

Resonance:Definition : Resonance may be defined as the phenomenon in which two or more structures involving in identical position of atom, can be written for a particular compound.For example, the ozone, O2 molecule can be equally represented by the structures I and II shown below:

Resonance Hybrid : It is the actual structure of all different possible structures that can be written for the molecule without violating the rules of covalence maxima for the atoms.

TYPES OF H-BONDS:(A) Intramolecular H-Bonding: it is formed when hydrogen atom is present in between the two highly electronegative (F, O, N) atoms within the same molecule.

It has lower boiling point (i.e. more volatile) than its para-derivativeNecessary conditions for the formation of intramolecular hydrogen-bonding :(a) the ring formed as a result of hydrogen bonding should be planar.(b) a 5- or 6- membered ring should be formed.(c) interacting atoms should be placed in such a way that there is minimum strain during the ring closure.

(B) In termolecular H-Bonding: it is formed between two different molecules of the same or different compounds.(a) In water molecules

(b) The hydrogen bonds in HF link the F atom of one molecule with the H-atom of another molecule, thus forming a zig-zag chain (HF)n in both the solid and also in the liquid.

Some special bonding situations :(a) Electron deficient bonding: There are many compounds in which some electron deficient bonds are present apart from normal covalent bonds or coordinate bonds. These electron deficient bonds have less number of electrons than the expected such as three centre-two electron bonds (3c-2e) present in diborane B2H6, AI2(CH3)6, BeH2(s) and bridging metal carbonyls.(b) Back Bonding: Back bonding generally takes place when out of two bonded atoms one of the atom has vacant orbitals (generally this atom is from second or third period) and the other bonded atom is having some non-bonded electron pair(generally this atom is from the second period). Back bonding increases the bond strength and decreases the bond length. For example, in BF3

the extent of back bonding in boron trihalides.BF3 > BCI3 > BBr3