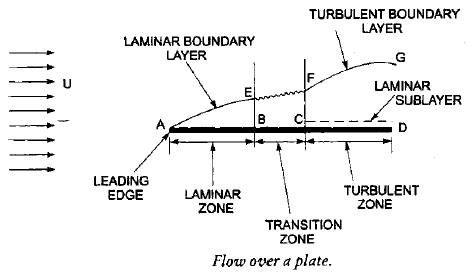 The quantity (V0 – v) is known as the velocity defect. 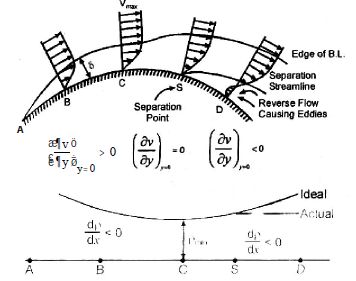 For a given velocity it can be determined whether the B.L.(Boundary layer) has separated or on the verge of separation or will not separate from the following conditions :1. If

> 0 : Flow is attached with the surface

(i) Rotating the boundary in the direction of flow.(ii) Suction of the slow moving fluid by a suction slot.(iii) Supplying additional energy from a blower.(iv) Providing a bypass in the slotted wing.(v) Providing guide blades in a bend.(vi) Injecting fluid into boundary layer.(vii)Streamlining of body shapes.