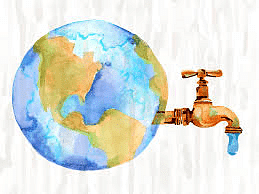 As a solid, it exists as icecaps at the poles, snow-covered mountains and glaciers.

As a liquid, it is in the form of water in oceans, lakes and rivers, and underground water.

Its gaseous form is the water vapour in the air around us.

If you dig a hole in the ground, you'll reach moist soil at a certain depth. Soon, you'll reach a depth at which all space between the soil particles and cracks in the rocks are filled with water. The upper limit of this depth is called the water table. Rainwater and water from other sources, like rivers and ponds, seep through the soil. This water fills the empty spaces and cracks deep below the ground. This is known as infiltration. Sometimes, ground water accumulates between layers of hard rock. This is known as an aquifer. Water in aquifers can be drawn with tube wells and hand pumps. Plants use ground water and release it in the form of water vapour during transpiration. This completes the cycle of returning the water to the clouds. The clouds then release the water through precipitation, and the cycle starts all over again.

Reasons for depletion of the water table:

-More wells are dug and water is drawn from them.

-Industrial activities are increasing the demand for water. For example, the construction industry uses tube wells to draw ground water.-An increase in agricultural activities demands more water. In areas where there are no streams and lakes, ground water is used for irrigation.Scanty rainfall is another reason for depletion of the water table.Water table depletion can be a result of deforestation, too. When trees are removed, the effective area for seepage reduces. It affects the replenishment of the water table.

Water management is the continuous matching of water resources with the water requirements of a place.

Water management essentially involves activities that identify sources of water, prevent wastage of water, and implement recycling of water.It may also include treatment of water to make it suitable for human consumption.

Conservation of water: Instead of letting rainwater run off into the sea, it can be used to recharge ground water. This is known as rainwater harvesting. Rainwater harvesting can be used to raise the water table in arid areas. It can also be used to create water storage areas. Farming, which typically requires huge quantities of water, can also benefit from good water management. Drip irrigation is an economical way of using water. This technique involves the use of tubes to deliver water straight to the base of a plant, where it is taken up by the roots. Plants need water to absorb nutrients from the soil and make their food. Without water, plants would die, and greenery would be lost. This, in turn, would mean the end of all life on the earth, because without plants, there would be no food, oxygen or rainfall. There would also be many other problems. 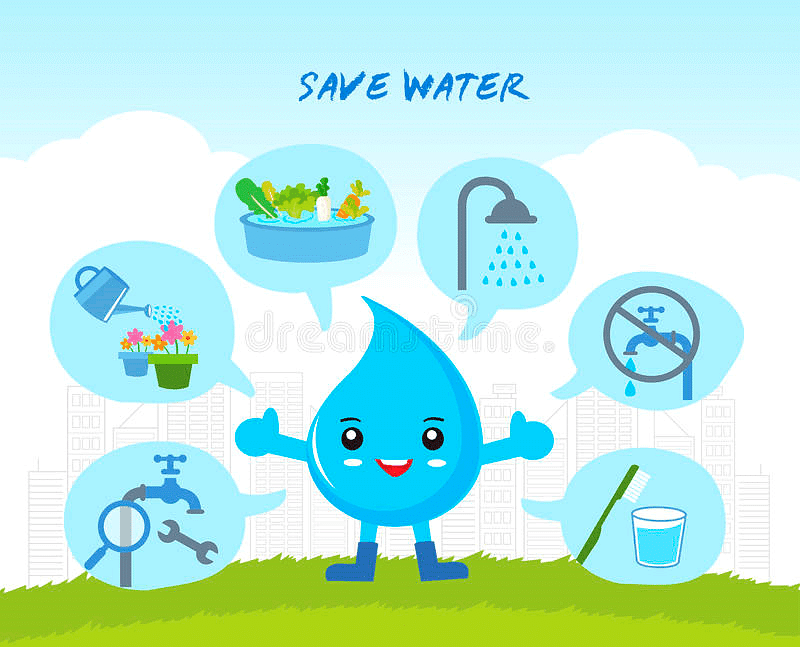