The document Short Notes: Motion & Time Notes | Study Science Class 7 - Class 7 is a part of the Class 7 Course Science Class 7.
All you need of Class 7 at this link: Class 7

Motion: When an object changes its position with elapse of time in respect to a stationary object, such as a building, electric pole, etc., the object is said to be in motion.

Circular Motion: Motion along a circle is known as CIRCULAR MOTION. For example: Motion of cyclist along a circular park. 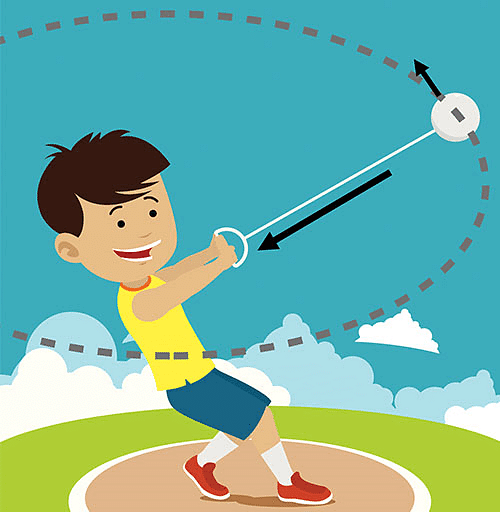 Speed: Distance covered by an object in unit time is called speed.

Uniform Speed: If an object covers a fixed distance in each unit of time the motion is known as UNIFORM MOTION or UNIFORM SPEED.

Non-uniform Speed: If an object does not cover a fixed distance in each unit of time the motion is known as NON-UNIFORM MOTION or NON-UNIFORM SPEED.

Periodic Motion or Oscillatory Motion: When an object repeats its motion after every fixed interval of time, the motion of the object is called PERIODIC MOTION OR OSCILLATORY MOTION.

In many wall clocks pendulum is used even today. A device having a string suspended with a fixed point with a bob at bottom is called pendulum. 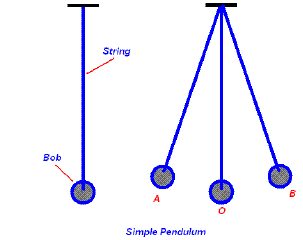 Time Period: Time taken to complete one oscillation by the pendulum is called time period.

Given, Number of oscillations = 10

Unit of Time: Time is measured in second. Thus, unit of time is second. Second is denoted by ‘s’.

Unit of speed: Unit of speed is meter/second (m/s), or metre/minute (m/min) or kilometer/hour (km/h).

Speedometer: A device used to measure the speed of a vehicle is called SPEEDOMETER.

Odometer: A device used to measure the distance covered by a vehicle.

Distance Time Graph: When distance covered by an object and time taken to cover the distance is represented on a graph, the graph is called distance time graph.

If a vehicle cover a distance of 5 km every hour and travels for 5 hours, the time distance time graph for the given vehicle can be plotted as follows using the table given below: 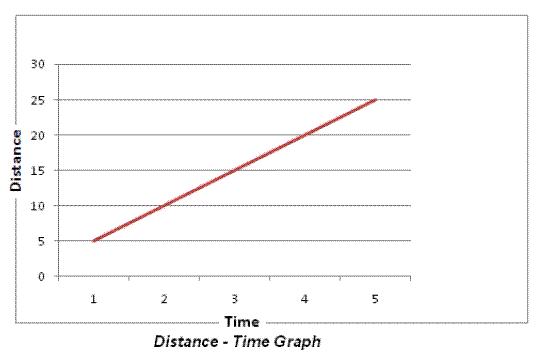 Distance time graph of a moving vehicle with a constant speed is a straight slanting line.

Speed-time graph for the same vehicle will be a straight line parallel to x-axis. 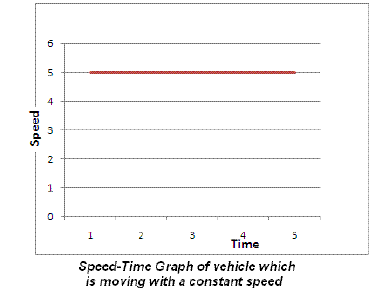 The document Short Notes: Motion & Time Notes | Study Science Class 7 - Class 7 is a part of the Class 7 Course Science Class 7.
All you need of Class 7 at this link: Class 7