The document Chapter Notes - Life in the Deserts Class 7 Notes | EduRev is a part of the Class 7 Course Social Studies (SST) Class 7.
All you need of Class 7 at this link: Class 7

• Desert is an arid region characterized by extremely high or low temperatures and has scarce vegetation.

• Depending on the temperature, there can be hot deserts or cold deserts.

(i) The Sahara Desert in Africa is the world’s largest hot desert.

(ii) It touches 11countries and has got gravel plains and elevated plateaus with bare rocky surface. vi) Despite its harsh climate, Sahara is inhabited by various groups of people. The main groups are Bedouins and Tuaregs.

vii) The oasis in the Sahara and the Nile Valley in Egypt supports the settled population.

viii) The discovery of oil is constantly transforming this region. Other important minerals found here are iron, phosphorus, manganese and uranium.

(i) Ladakh is a cold desert lying in the Great Himalayas, on the eastern side of Jammu and Kashmir.

iv) Due to high aridity, the vegetation is sparse. Groves of willows and poplars are seen in the valleys.

v) The animals of Ladakh are wild goats, wild sheep, yak and special kinds of dogs. 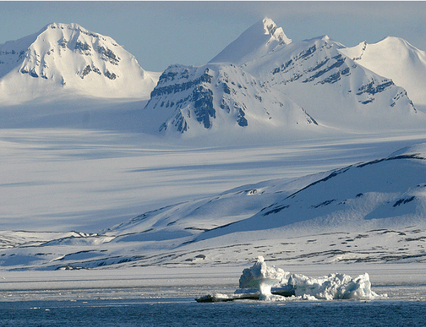 vi) The animals are reared as they provide milk, meat and hides.

vii) The population consists of either Muslims or Buddhists.

ix) In the summer season, the people are busy cultivating barley, potatoes, peas, beans and turnips.

(x) Tourism is a major activity with several tourists streaming in from within India and abroad.

xi) People of Ladakh have over the centuries learnt to live in balance and harmony with nature.