The document Chapter Notes - Chapter 6: Colonialism and the City, SST, Class 8 | EduRev Notes is a part of the Class 8 Course Social Studies (SST) Class 8.
All you need of Class 8 at this link: Class 8

Chapter Notes - Chapter 6: Colonialism and the City : The Story of an Imperial Capital

What Happened to Cities Under Colonial Rule:

(i) In most part of the Western world modern cities emerged with industrialization.

(ii) In the late 18th century, Calcutta, Bombay and Madras rose in importance as Presidency cities. How many ‘Delhis’ before New Delhi:

(i) Delhi has been the capital for more than a 1,000 years, although with some gaps.

(ii) Shah Jahan built the most splendid capital of all, Shahjahanabad had begun in 1639.

(iii) During Shah Jahan’s time Delhi was an important centre of Sufi culture.

(iv) There were sharp divisions between the rich and the poor.

• The Makign of New Delhi: In 1803, the British gained control of Delhi after defeating the Marathas and the modern Delhi developed after 1911when it became the capital of British India.

(i) In Delhi especially in the first half of the 19th century, the British lived along with the wealthier Indians in the Walled city.

(ii) The British learned to enjoy Urdu Persian culture and poetry and participated in local festivals.

(iii) The British wanted Delhi to forget its Mughal past. The areas around the Fort were completely cleared of gardens, pavilions and mosques.

(iv) In 1870s the Western walls of Shahjahanabad were broken to establish the railway and to allow the city to expand beyond the walls.

(i) After the revolt of 1857, many spectacular events were held there. In 1877, Viceroy Lytton organized a Durbar to acknowledge Queen Victoria as the Empress of India.

(ii) In 1911, when King George V was crowned in England, a Durbar was held in Delhi to celebrate the occasion and the decision was taken to shift the capital of India from Calcutta to Delhi.

Life in the Time of Partition:

(i) The partition of India in 1947 led to a massive transfer of populations on both sides of the new border.

(iii) Over two-thirds of the Delhi muslims migrated almost 44,000 homes were abandoned.

(iv) Partitions changed the lives and occupations of new migrants.

(v) The large migration from Punjab changed the social milieu of Delhi. 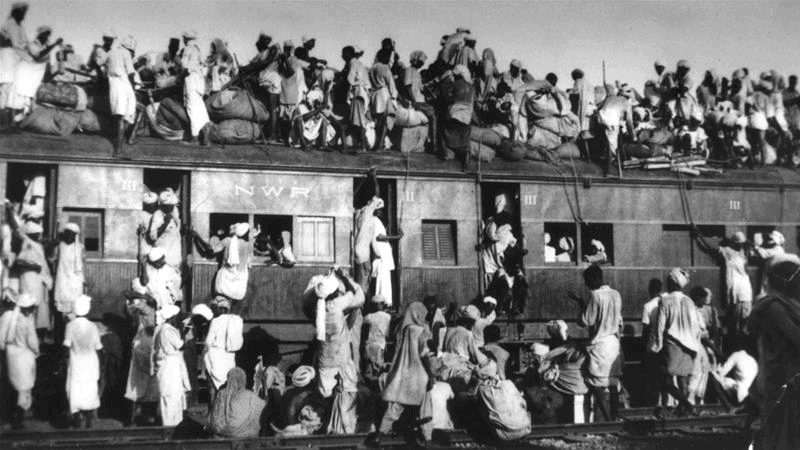 Inside the Old City:

(i) The excellent system of water supply and drainage was neglected in the 19th century. The system of wells also broke down and channels to remove household waste were damaged.

(ii) At the end of 19th century the Shahjahani drains were closed; a new system of open surface drains was introduced.

The Decline of Havelis:

(i) The Mughal aristocracy in the 17th and 18th centuries lived in grand mansions called havelis.

(ii) Havelis had large walled compounds with mansions, courtyards and fountains and many families housed in it.

(iii) Many of the Mughal amirs were unable to maintain these havelies under the conditions of British. As a result havelis began to be subdivided and sold.

(ii) The poor conditions in the walled city, did not stop it from expanding. and extension scheme called the Lahore Gate improvement Scheme was

(iii) In 1888 planned by Robert Clarke for the Walled city residents.

(iv) The Delhi Improvement Trust was set up in 1936, and it build areas like Darya Ganj South for wealthy Indians.