The document Chapter Notes: Chapter 6 - Rural Administration, Class 6, SST | EduRev Notes is a part of the Class 6 Course Social Studies (SST) Class 6.
All you need of Class 6 at this link: Class 6

(i) In case of a dispute, in an area people go to the police station.

(iii) In a dispute when a person files a report in the police station it is called First Information Report (FIR). 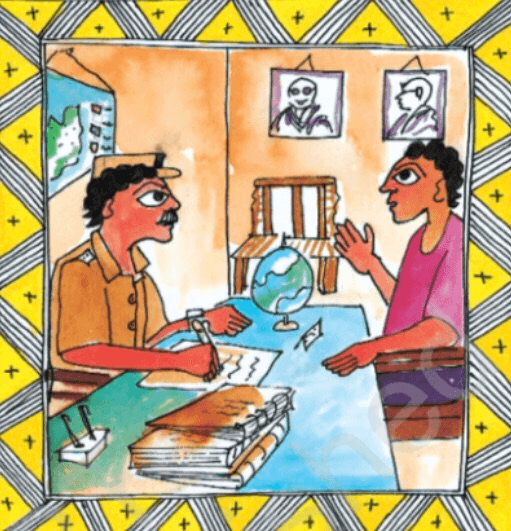 i) The village Patwari keeps a record of the land areas kept by people.

ii) A Patwari deals with measuring land and maintaining the land records belonging to different villages.

iii) The village Patwari is also responsible for the collection of land revenue from the village.

iv) The Patwari is assisted by other officers.

Rural Administration: How does it Work Efficiently:

(ii) In order to run the administration, the district comprises of adjacent villages and towns. The district headquarters are located at a central place. The revenue department manages all work related to land.

(iii) The district collector is the head of the revenue department. Tehsildar, Naib tehsildar, etc. assist him in his work.

(i) In ancient times only sons got a share in their father’s property.

(ii) After the Hindu Succession Amendment Act 2005, women are entitled to an equal share in their father’s property.