The document Chapter Notes - The Making of Regional Cultures Class 7 Notes | EduRev is a part of the Class 7 Course Social Studies (SST) Class 7.
All you need of Class 7 at this link: Class 7

• It is quite common for us to identify a region with its language. Thus, we call a person Bengali  or Kannada on the basis of the language which he speaks.

• Every region is identified with a certain distinct type of food, clothing, poetry, dance, painting and music.

• Language is quite closely connected to a region.

• The Chera empire of Mahodayapuram, which was established in 9th century in the south- western part of Kerala introduced the Malayalam language.

(i) In several regions, regional cultures developed around religious traditions.

(ii) The local people made a wooden image of the deity which, originally a local God, came to be identified with Vishnu.

The Rajputs and Traditions of Heroism:

i) In the 19th century, the Rajasthan of today was called Rajputana by the British.

ii) There are many groups who call themselves Rajputs in Northern and Central India.

iii) Prithviraj Chauhan was one such ruler.

iv) Women had been given a heroic image since they committed sati or self-immolation. 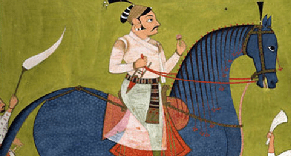 Beyond Regional Frontiers: The Story of Kathak

(i) The heroic traditions of various regions also helped in the evolution of dance in several regions.

(ii) One such dance was Kathak, which was evolved in Northern India. The Kathaks initially were a caste of story-tellers in North Indian temples.

(iii) The legends of Radha-Krishna were enacted in folk plays known as rasalila.

iv) It integrated folk dance with the basic gestures of the kathak story-tellers. Paintings for Patrons: The Traditions of Miniatures

i) During this period, one more tradition which deserves our attention is the miniature painting. Miniatures are small sized paintings done in water colour on cloth or paper.

ii) Akbar, Jahangir and Shah Jahan hired highly skilled painters to illustrate their manuscripts in the Kitab Khana containing their accounts and poetry.

iv) One bold style of miniature painting was called Basohli. v) One of the most popular paintings of Himalayas region was Bhanudatta’s Rasamanjari.

The Growth of a Regional Language: Bengal

i) Regional language is the language which a person speaks in a region.

ii) It is generally assumed that Bengali language is spoken by people of Bengal.

iii) Bengali originated from Sanskrit but later on developed its own identity and literature. 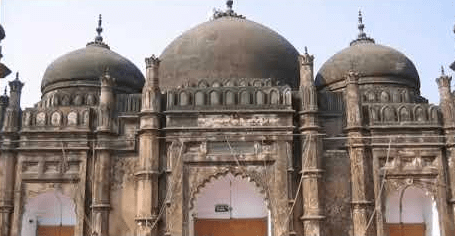 i) From 16th century, people migrated in large numbers from less fertile western Bengal to the forested and marshy of south-eastern Bengal.

ii) With Mughal control over Bengal, the capital shifted to Dhaka. Officials received land grants Mosques were set up.

iii) The early settlers got help from teachers called Pirs. They included saints or Sufis and prominent religious personalities.

Fish as Food: Bengalis had fish as food. Popularity of fish made even Bengal Brahmins eat fish.