The document Chapter Notes - Vital Villages, Thriving Towns Class 6 Notes | EduRev is a part of the Class 6 Course Social Studies (SST) Class 6.
All you need of Class 6 at this link: Class 6

(i) The discovery of iron tools led to rapid rise in agricultural production.

(ii) It made it easier to bring more land under cultivation by clearing forests.

(iii) The use of iron ploughshare made it possible to dig deep in those areas where the soil was fertile.

iv) It led to significant rise in agriculature production first in North India and then in South India.

Growth of Crafts and Craftsmen:

i) Art and crafts flourished in every village. 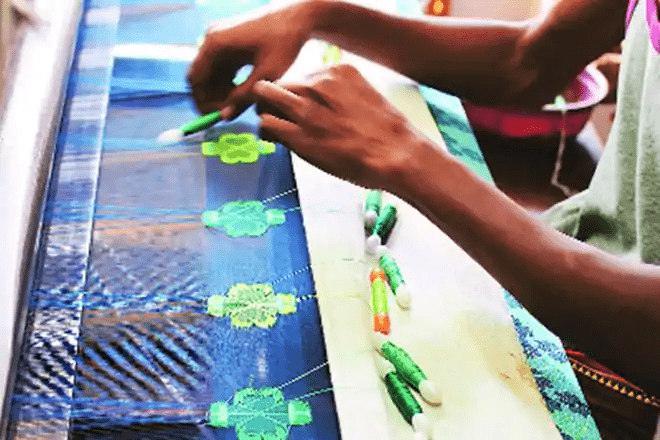 v) Most craftsmen organized themselves into organisations called Shrenis.

i) The rapid rise in agricultural production and crafts led to surplus production. This surplus in villages was supplied to towns.

ii) All this led to growth of trade.

iii) Merchants and traders participated in both the internal and external trade.

iv) All trading communities were orgainsed into guilds.

v) Use of money gave rise to punch marked coins.

vi) Taxes collected from trade acted as an important source of revenue for the king,

How did People Live:

(i) Very little information is available about the life of the people.

(ii) The main sources to know about them include stories from books, the accounts of sailors and travellers and sculptures which show scenes from the daily life.

The Second Urbanisation: Town and Cities:

i) Large-scale agricultural production, growth of crafts and increased trade and commerce led to emergence of new towns and cities.

ii) It led to growth of urban centres and is called the Age of Second Urbanisation.

i) Each town was famous for some particular activity.

ii) Some towns were religious while others were administrative.

iv) Two such famous towns were Mathura and Arikamedu.

v) Mathura was the second capital of Kushanas and a centre of temples monasteries, arts and crafts. The Mathura School of Art grew here.

vi) Arikamedu was an important coastal trading centre, a port and a centre for export and import. Traders from Rome came here.

Life of People of Tamil Nadu: Under the Cholas and the Pandyas:

(i) Most people lived in villages and were farmers.

(ii) Towns were near the coast.

(iii) Trade went as far as Rome and China.

(v) The administration was headed by a king. There was even a general assembly known as the Sabha.

(vi) The most popular God was Murugan (Kartikeya in North).

(vii) The Chola Kingdom was situated between the Pennar and the Velur rivers and its centre of power was Uraiyar, a famous cotton centre.

(viii) The Pandyha kingdom with its capital at Madurai was known for its pearls. It is mentioned by Megasthenes and the Sangam literature.