Conduction of ElectricitySimilar to many solids, some liquids also conduct electricity. Electrical conduction is the movement of electrically charged particles through a transmission medium. The movement can form an electric current in response to an electric field.Conductor: Substances which allow electricity to pass through them are called conductors; such as silver, gold, acidic solution, salt solution, etc.Insulator: Substances which do not allow electric current to pass through them are called insulators; such as plastic, rubber, etc. 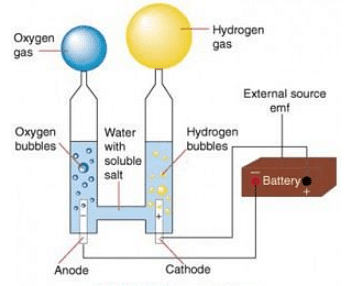 Fig: Conduction of Electricity in Liquid

Good conductor and Bad ConductorSubstances which allow electric current to pass through them easily are called good conductors of electricity; such as silver, gold, aluminium, etc.

Some substances allows electric current to pass through them but in very little amount. Therefore, such substances called bad conductors of electricity, rather than being called as insulator. 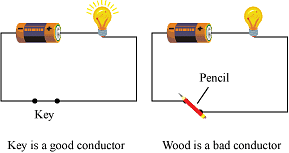 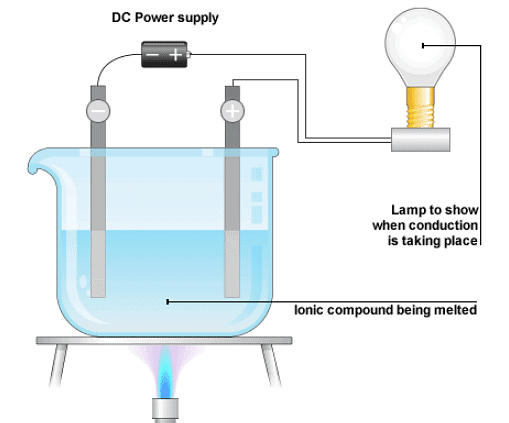 Fig: Testing of conduction of electricity through liquid 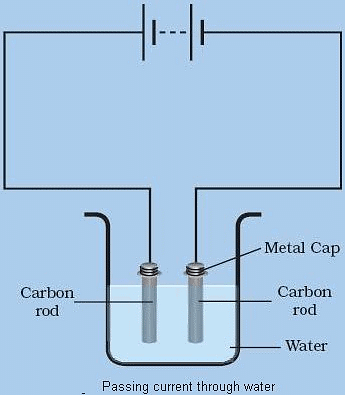 Electrodes:These are conducting materials through which current enters or leaves a substance.

(b) When electric current is passed through the solution of a metal salt, such as solution of copper sulphate, metal gets deposited at the negative pole, because metal is positively charged.

(c) Sometimes, the color of solution also changes when electric current passes through it. 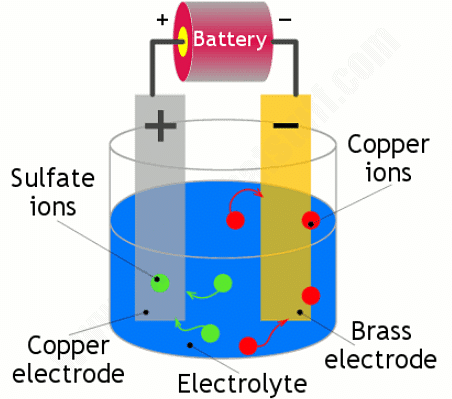 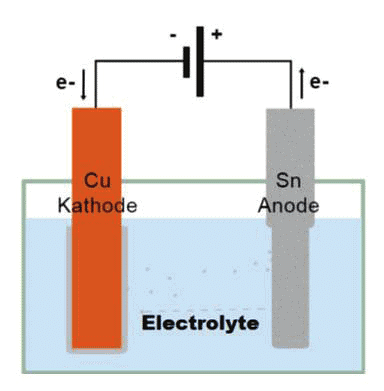 When electric current is passed through the solution, metal from anode is dissolved in the salt solution and deposited over the negative pole (cathode). Thus, coating of desired metal is obtained on another metal.Use of electroplating(a) Water pipes, which are made of iron, are coated with a layer of zinc metal by the process of electroplating. Zinc is less reactive than iron and thus prevents the iron pipe from getting rusted.

(b) Rims of wheel of cycle, cars, etc. are electroplated with chromium metal. Layer of chromium metal give them shiny appearance and prevents from rust.

(c) Ornaments made of silver or other cheap metals are electroplated with gold to give them appearance like gold.

(d) Tin cans used for storing food are made of iron electroplating with a coat of tin. Tin is less reactive than iron, and prevent foods packed in them from getting spoiled.

(e) Electroplating is used to coat a metal object with a layer of a different metal. 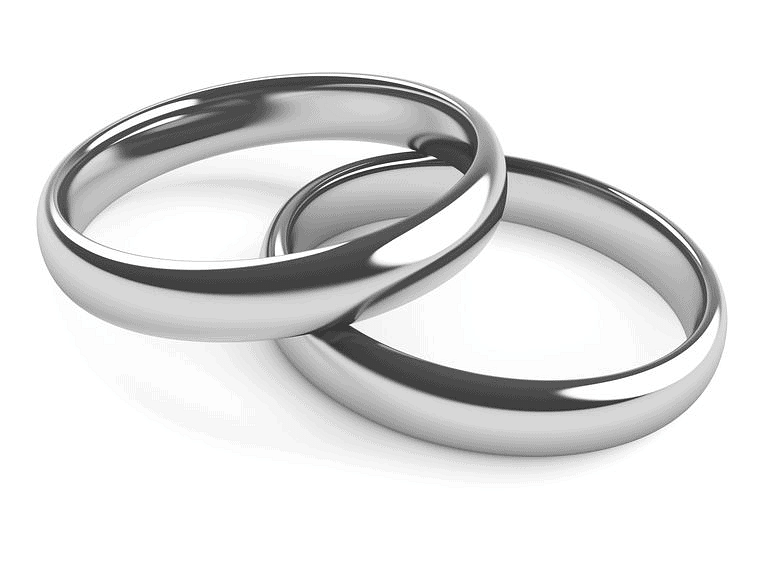 The document Chapter Notes - Chemical Effects of Electric Current Notes | Study Science Class 8 - Class 8 is a part of the Class 8 Course Science Class 8.
All you need of Class 8 at this link: Class 8
Join Course