The document Chapter Notes - Cost Of Production, Class 12, Economics | EduRev Notes is a part of the Commerce Course Economics Class 11.
All you need of Commerce at this link: Commerce

COST FUNCTION :: It studies the FUNCTIONAL RELATIONSHIP between output and cost of production. It tells the least cost combination of inputs for different levels of output C = f (Q)

MEANING OF COST :: Ordinary, money expenditure incurred by a firm in production of a commodity is called the cost of production. A firm requires factor inputs  and non-factor inputs for producing a commodity and the firm pays them in the form of money e.g rent to the landlord, salaries and wages to the labour, interest to the capitalist and expenditure on other inputs like raw material, power, transportation, Insurance charges, etc.These are costs to the firm and are called money costs because these are paid in the form of money.

In SHORT PERIOD, costs can be categorised into fixed cost and variable cost, but in long period all cost are variable cost

TOTAL COST  :: It is all the expenditure incurred in production of a commodity. It is summation of Total Fixed cost (TFC)  and Total Variable Cost (TVC) 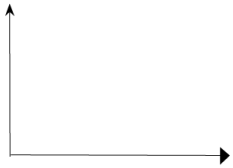 (3) SHAPE :: Starts from intercept on Y-axis and is Inverse S-shaped. It means TC curve starts from origin and

MARGINAL COST :: It is ADDITIONAL COST incurred for PRODUCTION OF ADDITIONAL UNIT by  employing additional factor of production.

(1) MC CURVE IS U - SHAPED which means this cost initially decreases with increase in output but after reaching a certain point the cost starts increasing.

(2) MC is NOT AFFECTED BY FIXED COST as fixed cost remains constant for all level of output and can never be additional cost. Thus MC is affected by variable cost only that changes with change in output

RELATION BETWEEN TVC AND MC

(1) AVERAGE FIXED COST (AFC) :: It is PER UNIT FIXED COST of producing goods.

(1) AVERAGE FIXED COST (AFC) GOES ON DECREASING WITH INCREASE IN OUTPUT :: AFC is total fixed cost (TFC) divided by output and as the output is increased , the constant fixed cost gets distributed to increased number of output and this causeAverage fixed Cost (AFC) to decrease.As depicted in the example as output is increased from 1unit to 2 unit the TFC (=20) gets distributed to 2 units and AFC becomes Rs10/- per unit

(3) It assumes the SHAPE OF RECTANGULAR HYPERBOLA which means at any level of output area under the curve is same.Area under the AFC curve represents AFC x Q which equals Total fixed Cost (TFC) and as we know TFC remains constant for all level of output , therefore Area at all points on rectangular hyperbola is same

Note :: It is MC which brings about changes (rise or fall) in AC and not the other way round.

(5) MC CAN RISE WHEN AC IS FALLING  :: Since average cost is related to many or all  units of output so any increase or decrease in cost is distributed to all the units whereas in case of MC any change in cost is borne by additional unit only which makes MC change faster than AC. Hence MC  decreases faster than AC and reaches its minimum point  “A” earlier than minimum point of AC (point “B”). MC starts rising thereafter (from point A to B) whereas AC continues to decrease (from point C to B)

The relationship between marginal cost and average cost is an arithmetic relationship. To understand  this relationship let us take a numerical example. 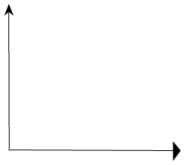 (2) AVC REACHES ITS MINIMUM POINT (POINT “C”) AT A LEVEL OF OUTPUT LOWER THAT THAT OF AC ( POINT “B”) because when AVC is at its minimum point , AC is still falling because of falling AFC. Thus minimum of AC is to the right of minimum point of AVC

(3) With increase in output , the GAP/ VERTICAL DSITANCE  BETWEEN AC AND AVC DECREASE because the gap is AFC which coninues to decline with rise in output

MC WITH AC AND AVC

(1) WHEN MC IS LESS THAN AC & AVC , both of them FALL with increase in output that is

(2) W hen MC becomes equal to AC and AVC , they become constant. MC curve cuts AC curve at Point “B” and AVC at point “C” at their minimum points that is

(3) When MC IS MORE THAN AC AND AVC , both of them RISES with increase in output that is

WHAT IS U-SHAPED CURVE ? WHY AC, AVC AND MC ARE U-SHAPED ?

(1) APPLICATION OF LAW OF VARIABLE PROPORTION :: According to this law when in short run additional variable input (like raw material, labour) is employed on fixed factors, then- initially increasing return sets in which causes proportional more increase in output than input and hence cost decreases,- But after a certain output decreasing return prevails which means proportional less increases in output and hence cost increases.

(2) DUE TO UTILIZATION OF FIXED FACTORS :: Fixed cost on fixed factors is constant and hence when more output is produced by fully utilizing fixed factors, the same fixed cost gets distributed to large number of units produced which reduces per unit and marginal cost. However, later on frequent breakdown of fixed factors occurs due to over utilisation which causes repair and maintenance cost as well as overall cost to increase.

(3) AC IS VERTICAL SUMMATION OF AVC AND AFC :: In earlier stages both AVC and AFC decreases, these cause AC to decrease. After a certain output AVC increases and this increase is more powerful than decrease in AFC, thus AC starts rising

EXAMPLE :: Leaving a job of Rs. 40,000 per month and using his factory evicting where tenant was paying Rs. 50,000 per month, an entrepreneur undertakes production of garments. He pays Rs. 1,00,000 for the purchase of inputs. Find cost of production in terms of explicit cost and implicit cost.

HOW TO MEASURE IMPLICIT COST :: Implicit cost is measured by determining the value of self occupied factors in terms of their market price.

Eg : if a doctor has opened a clinic at his home, then imputed value of salary for his service will be calculated on the basis of salary that he would receive if he is employed by someone else

FORMULA’S AT A GLANCE