What is a Crop?

Plants of the same kind that are grown and cultivated as a source of food in a large cultivable land is called a crop. 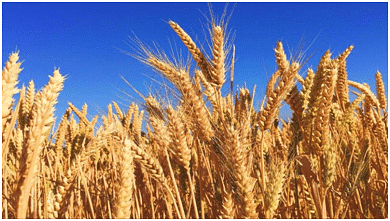 People in the past ate raw fruits and vegetables and started hunting animals for food. Later, they could cultivate land and produce rice, wheat and other food crops. Thus, was born ‘Agriculture’.

Despite this diversity, two broad cropping patterns can be identified: 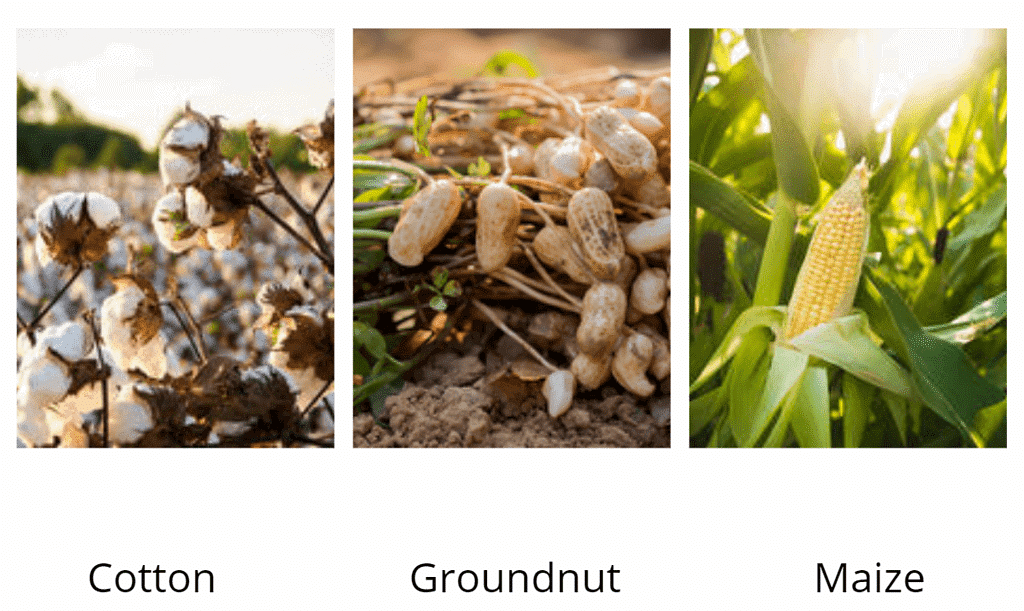 Kharif Crops2. Rabi Crops: Crops that are grown in the winter season are called rabi crops. Their time period is generally from October to March. Wheat, gram, pea, mustard and linseed are examples of rabi crops.Examples: 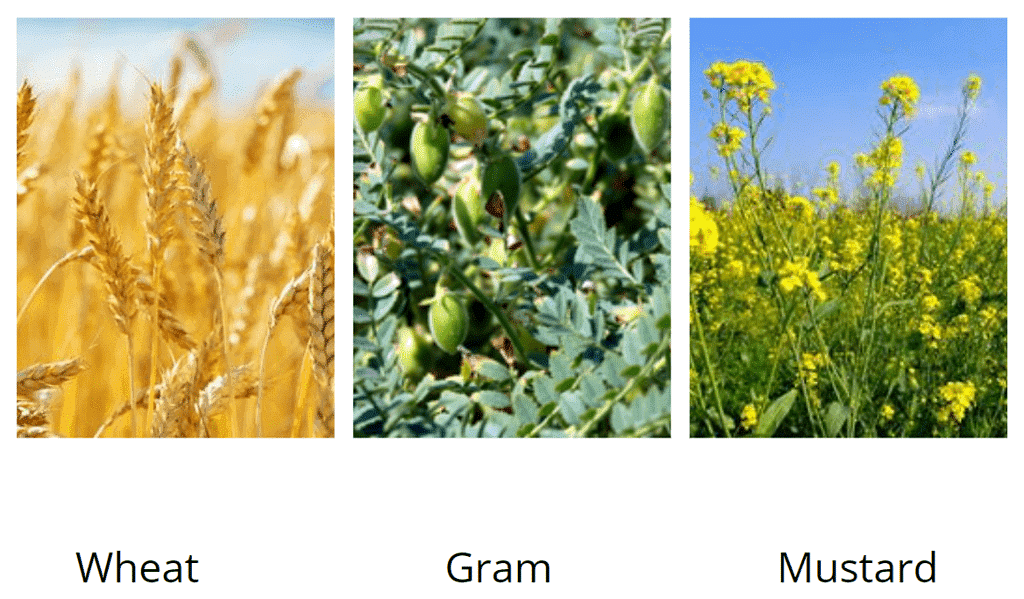 Question for Chapter Notes: Crop Production and Management
Try yourself:Which of the following is not an example of kharif crop?
Explanation

Wheat, because wheat is a rabi crop, not a kharif crop.

Kharif (Autumn) crops are the crops which are cultivated from the month of June to October. These include crops like Rice, Bajra, Soyabean, Maize, Tur, Urad, Cotton and Sugarcane.

The several activities undertaken by the farmers for the cultivation of crops over a period of time are referred to as agricultural practices.

A plough is a device that is used by farmers for different purposes such as adding fertilizers, tilling, and loosening the soil. 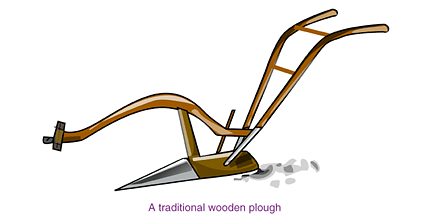 A hoe is a tool that is used to dig up soil to remove weeds and also loosen up the soil before planting a sapling.

A cultivator is attached to the tractor and helps in loosening soil.

Cultivators are used instead of ploughs since they are faster.

Question for Chapter Notes: Crop Production and Management
Try yourself:The process of loosening of the soil is called
Explanation

The process of loosening and turning of the soil is called tilling and it is done by using a plough. It is done before sowing of crops to help in uprooting and killing weeds.

Sowing is the most important part of crop production. Before sowing, good-quality seeds are selected. These are clean and healthy seeds of a good variety.

Farmers prefer to use seeds that give a high yield.

Before sowing, one of the important tasks is to know about the tools used for sowing seeds:

(a) Traditional Tool: It is the tool-shaped liked funnel used traditionally for sowing seeds. The seeds are filled into the funnel, passed down through two or three pipes having sharp ends. These ends pierce into the soil and place seeds there. 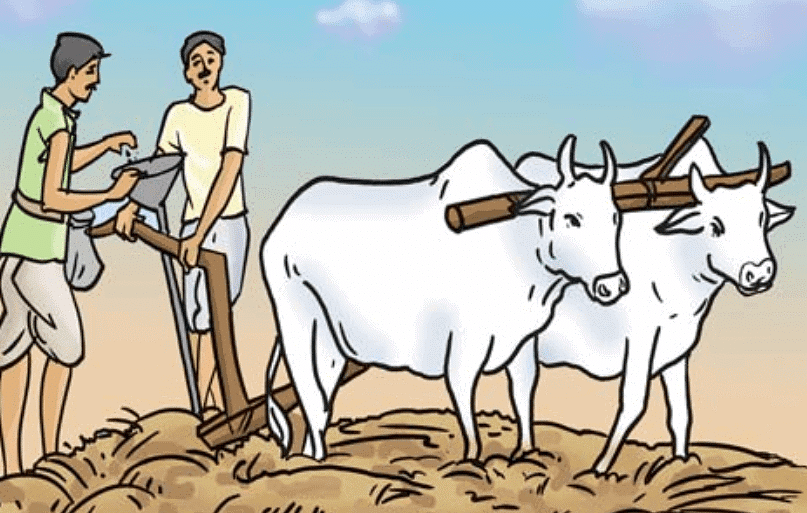 (b) Seed Drill: Nowadays, the seed drill is used for sowing with the help of tractors. With the help of this tool sows the seeds uniformly at proper distances and depths. It ensures that seeds get covered by the soil after sowing and prevents damage caused by birds. It saves time and labor. 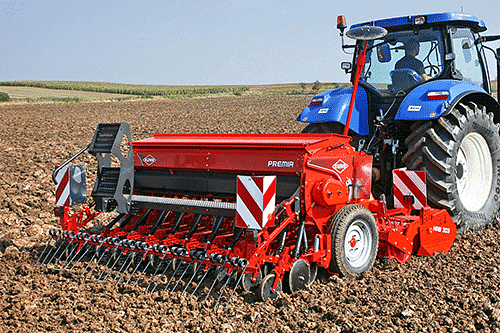 How to separate damaged seeds from healthy seeds?

While sowing seeds, it is essential to make sure that:(a) Seeds are healthy and of high quality.(b) They are planted at the correct distance from each other so that they can get proper light, water, and nutrients from the soil.(c) They must be sown deep enough to protect them from animals and birds (which might eat them) and wind (which might blow them away) but not so deep that they may not get enough air to germinate.

When crop after the crop is grown in the same field, the soil becomes poor in certain nutrients.

Manure can be of various types such as:(a) Natural Organic ManureThis includes raw manure, compost, and green manure:(i) Raw manure is a mixture of cattle and domestic waste.(ii) Compost is well-rotted plant and animal residue.(iii) Green Manure are crops grown in the field as the pure crop or as an intercrop between the main crops and then, buried in the field to enrich the soil. 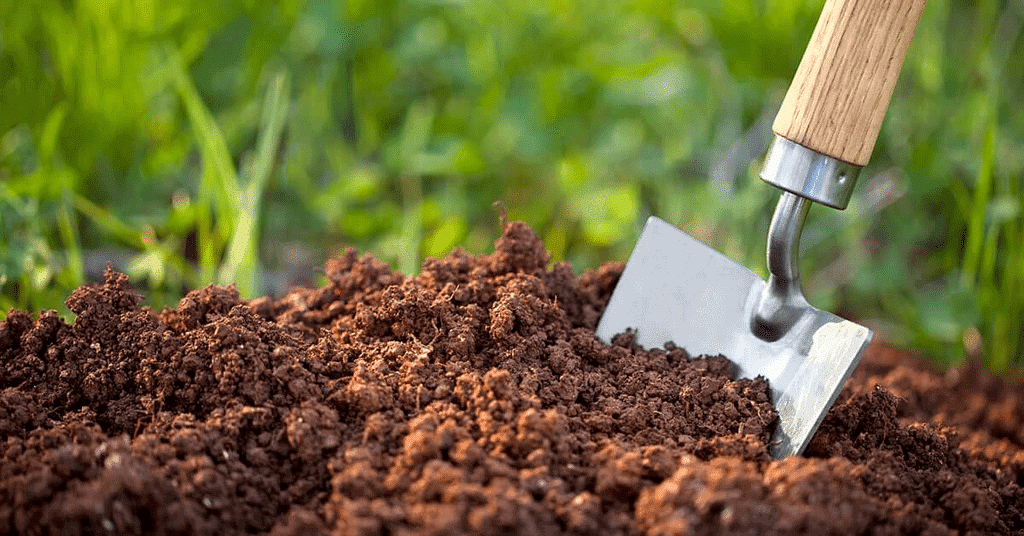 (b) Biofertilizers: These are the nitrogen-fixing organisms that are widely used in organic farming and make agriculture sustainable. These include Rhizobium, Azotobacter, blue-green algae.

(c) Vermi-Compost: It is a type of compost that is made using earthworms. 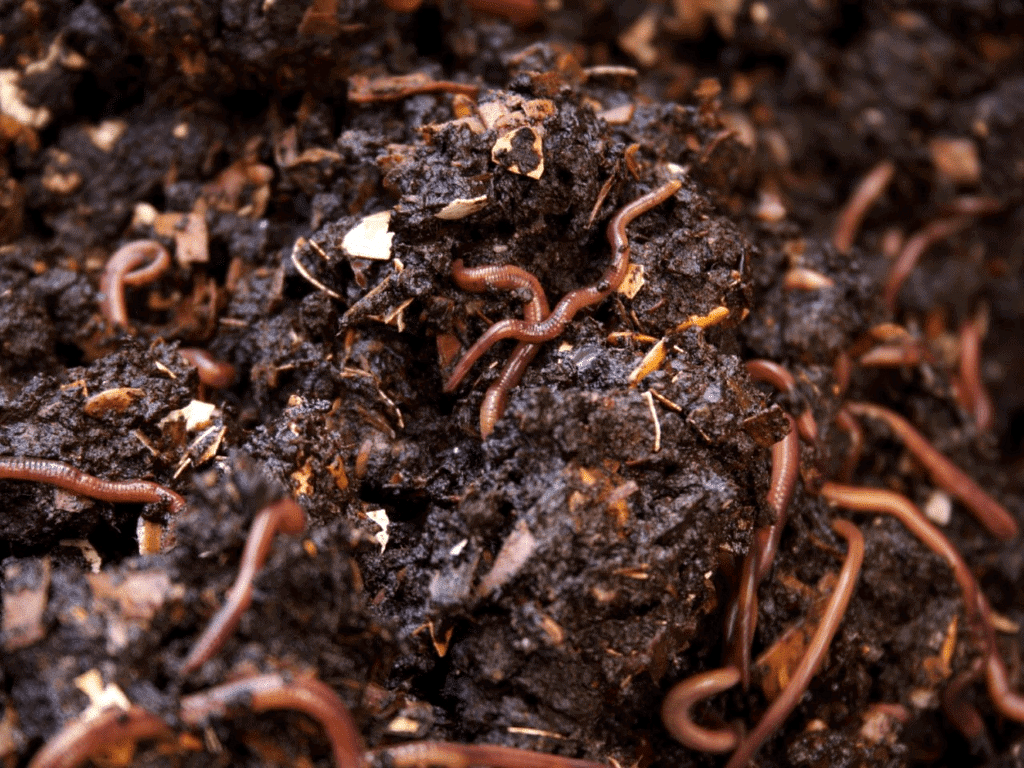 Three methods of replenishing the soil with nutrients are:(i) Adding organic manure to the soil.(ii) Adding chemical fertilizers to the soil.(iii) Leaving the field uncultivated (or fallow) between two crops and Crop rotation, in which different crops are grown alternately to allow the soil to replenish with different nutrients.

Pros and Cons of using FertilizersPros: They are chemicals, rich in particular nutrients and help farmers get a better yield of crops like wheat, paddy and maize.Cons: They make the soil less fertile and also cause water pollution.

Table: Difference between Manure and Fertilizers:

Water is important for the proper growth and development of plants. 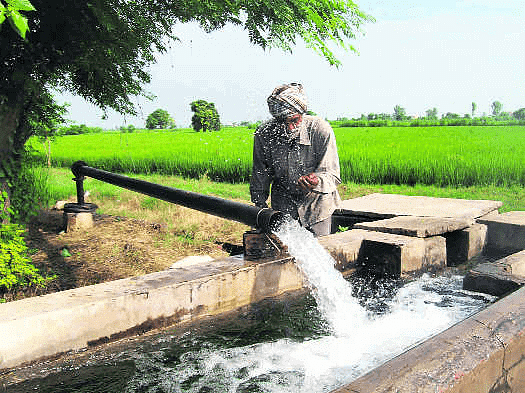 The water available in wells, lakes, and canals is lifted up by different methods in different regions, for taking it to the fields. Here various traditional methods are: 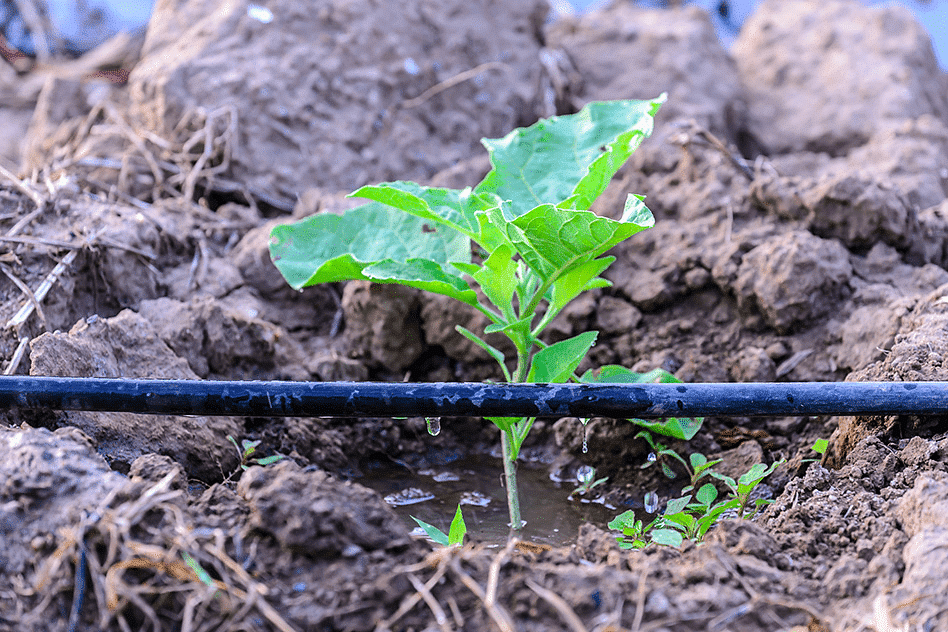 Question for Chapter Notes: Crop Production and Management
Try yourself:In today’s world, where water is a scarce resource, which among the following irrigation methods is most feasible and sustainable?
Explanation

Drip irrigation is a technique in which water flows through a filter into special drip pipes. It helps in releasing water drop by drop into the soil near the roots of plants. In contrast to other types of irrigation systems such as overhead sprinklers, water can be more precisely applied to the plant roots. If designed, installed and managed properly, this method contributes greatly to water conservation by reducing evaporation.

So, the answer is Option B Drip Irrigation.

Question for Chapter Notes: Crop Production and Management
Try yourself:The process of separation of grain from the chaff after harvesting is known as
Explanation

Precautions to be taken during storage of food grains are:

Ques. How are grains protected from pests, bacteria, and fungi?

Q.1. What do you mean by the term crop? Explain briefly the types of crops.

Ans: Crop is the term used to describe a plant that is grown in a field on a large scale. For example, cereal crops, pulses, and fruit crops.

Q.2. What is irrigation? Name the two main methods of irrigation and define them briefly.

Ans: The artificial method of watering the plants for assisting in the growth of the plants is called irrigation. The two main methods of irrigation are:

The document Chapter Notes: Crop Production and Management Notes | Study Science Class 8 - Class 8 is a part of the Class 8 Course Science Class 8.
All you need of Class 8 at this link: Class 8
Join Course