The collection of information in the form of numerical figures is called data.Data can be represented using tally charts, pictographs, bar graphs, etc.

You have already learnt about pictographs and bar graphs in Class IV.Let us revise the same with the help of the following example.

Example 1: Rohit conducted a study in his class of 26 students to know about their favourite sports. Below is the given data. 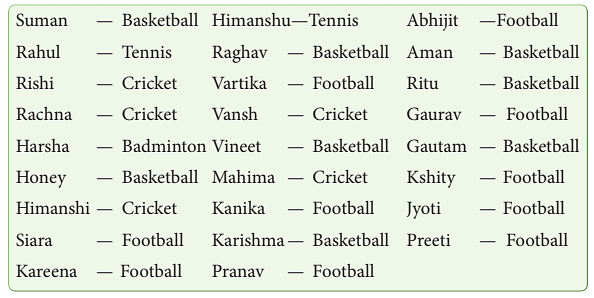 Draw a tally chart, pictograph and bar graph for the above data.

Sorting out the data according to the favourite sport of students, we have,

Let us take the symbol

to represent 1 student. Now, drawing a pictograph, we get 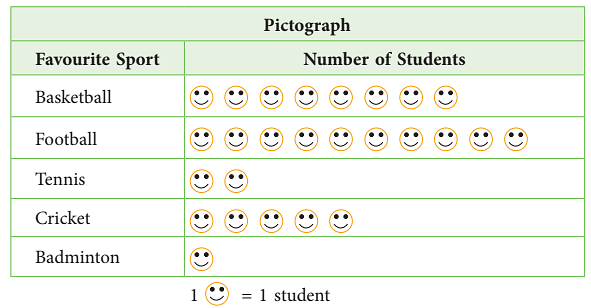 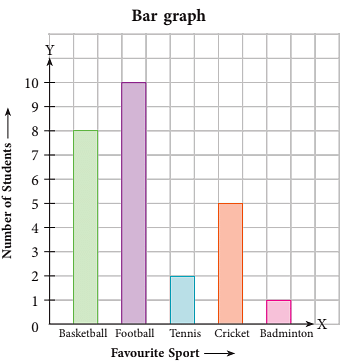 Choose a title for the bar graph. Here, the title is “Favourite sport of students.”

The following bar graph shows the tickets for the movie ‘Avengers’ sold in the following week for a particular showtime. 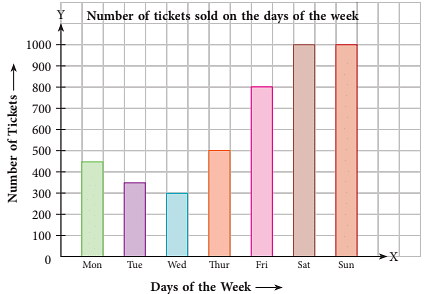 A graphical display of information using two bars of different or same heights, beside each other, to compare the data is called a double bar graph.Arpita conducted a survey in her class to find out which subjects the boys and girls of her class liked the most. She recorded the results in a tabular form as under: 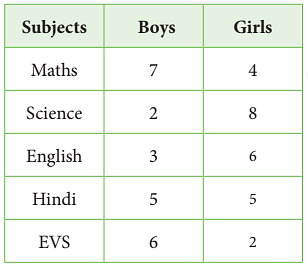 To draw a double bar graph, follow these steps:Step 1. Take two axes.Mark the vertical axis as ‘Number of Students’ and the horizontal axis as ‘Subjects’.

Step 2. Choose an appropriate scale for the vertical axis.Here, you may take, 1 cm = 2 students.Step 3. For each subject, draw one graph for boys and one for girls. Make a key to show boys and girls bars.Step 4. Give a title to the graph. 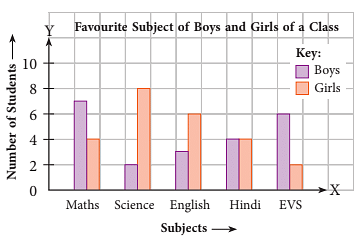 A pie chart is also known as a circle graph. It is divided into sectors that represent a part or a per cent of the whole.The pie chart (shown alongside) represents the favourite activities for a group of people.As the percentage for each activity has been indicated on the pie chart, we can infer that the most liked type of exercise is boxing (40%), followed by walking (24%) and then swimming (18%).Even if the percentages are not given by the size of the sectors, this information can be

easily guessed.So, reading or interpreting a pie chart is as easy as figuring out which section (pie-

slice) is the biggest and the information represented by that sector is most important ascompared to others. 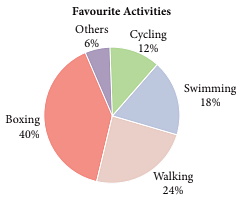 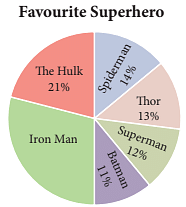 Example 3: The following pie chart shows the old books, clothes and other things collected by five sections of Class 5 of a school for a charity fair. Study 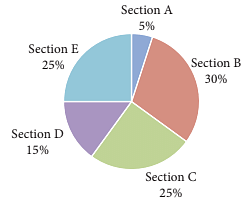 Line Graph is a type of pictorial representation of information or data that changes continuously over time.It has a vertical axis and a horizontal axis, as in the case of bar graphs. It represents data using points connected by line segments.Given below is an illustration of a line graph with its various parts defined below. 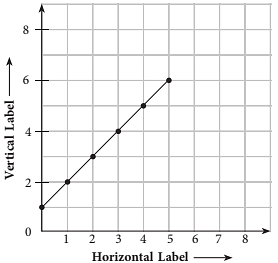 Example 4: The table given below shows Kartik’s Maths scores in weekly tests taken over a period of 6 weeks.

Draw a line graph for the given data.

These test scores have been summarised in the line graph as shown below. 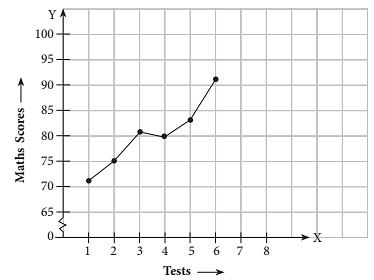 Illustration: The following line graph shows the total number of animals in a zoo.Look at the graph and answer the questions that follow. 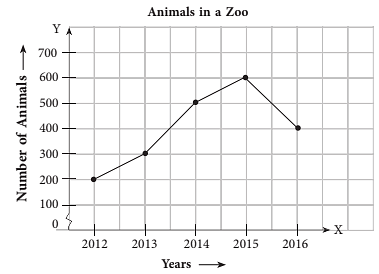 Illustration: The following line graph shows the number of people in a grocery storeat different times during the day.Look at the graph carefully and answer the questions given below. 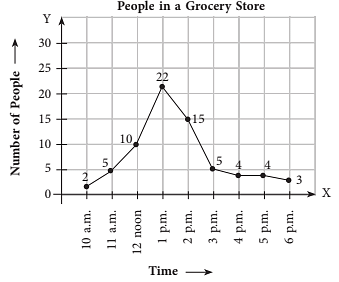