If two counting (also called natural) numbers are multiplied together, then each one of these numbers is called a factor of the product so obtained. Thus, in the mathematical sentence 7 × 9 = 63, 7 and 9 are factors and 63 is the product. You can also see that 63 ÷ 7 = 9 and 63 ÷ 9 = 7 and there is no remainder in each case.Therefore, we can also say,

If a counting number divides another number exactly (without any remainder), then the divisor is a factor of the dividend.

From the above example, it is clear that,

A prime number is any natural number which has exactly two factors—1 and the number itself.

Every natural number except 1 that has more than two different factors is called a composite number.

A Greek mathematician, Eratosthenes, devised a method to find out prime numbers between 1 and 100. 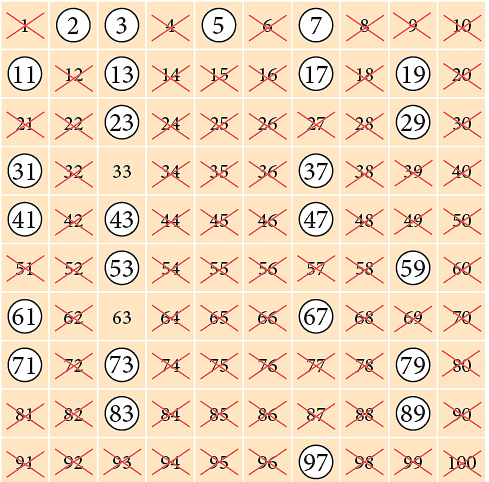 Edurev Tips: This method is called ‘The Sieve of Eratosthenes’ because factors are used to sift out certain numbers which are multiples just as a sieve sifts out chaff from wheat.

Example 2: Tell whether each of the numbers 48 and 23 is composite or prime. 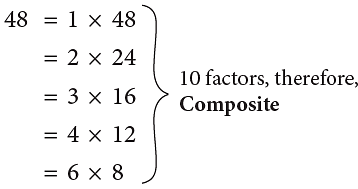 Twin Primes are the prime numbers that differ by 2.

Two natural numbers are said to be co-primes, If they have only 1 as a common factor.

Example 3: Find the prime factorization of 120.

Method 1: Factor TreeStep 1: Write the number to be factorised at the top.Step 2: Choose any pair of factors as branches. If either of these factors is composite, factorise again.Step 3: Choose a pair of factors of each composite number and continue the branches for prime factor(s).Step 4: Keep factorising till you have a row of prime factors.

Edurev Tips: You can have more factor trees for the number 120. Try! But at the end, the prime factors will be the same.

You can find the HCF of two or more numbers by different methods, as follows:

Step 1: List all the factors of each number.Factors of 12:

Step 1: List all the factors of each number by either method.

Edurev Tips: You can use any of the three methods listed above to find the HCF of two or more numbers.

It is easier to find the HCF of large numbers by division method. 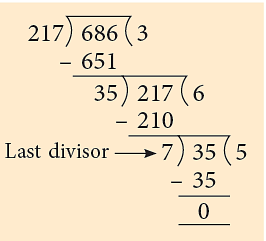 In case of three numbers, first find the HCF of any two numbers.Then, take the last divisor of the two numbers  and the remaining number and find their HCF.

A multiple of a whole number is the product of the number and any counting number.We can state some multiples of 2 and 11 as: 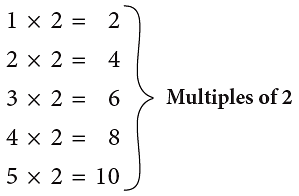 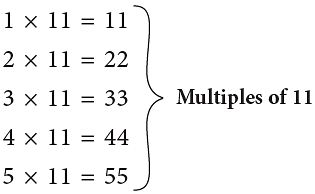 From the above discussion, we can observe these properties of multiples: 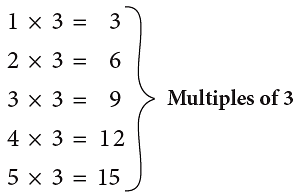 The smallest number (other than zero) that is a multiple of two or more counting numbers is the least common multiple (LCM) of the numbers. It is the least number which is divisible by all the given numbers.

You can find the LCM of two or more numbers by different methods, as follows:

Method 1: By Listing the Multiples

Step 1: Find the prime factorisation of each number.

Step 3: Multiply the common factors and the extra factors to get the LCM.

Step 1: Divide the numbers by a prime factor common to at least 2 of the given numbers. Bring down the number as such, if it is not completely divisible by the prime factor.Step 2: Stop dividing when there is no further common factor except 1.Step 3: Find the product of the numbers in the left column and the last remainders. 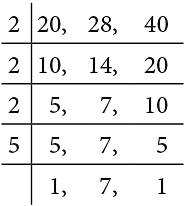 Below, we give some such tests: