The document Chapter Notes - Friction Class 8 Notes | EduRev is a part of the Class 8 Course Science Class 8.
All you need of Class 8 at this link: Class 8 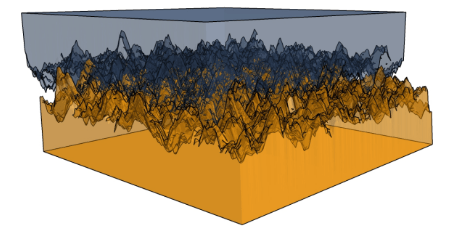 Examples:(a) A moving wheel on the ground stops after covering a certain distance because surface of ground offers opposite direction friction to the surface of wheel in motion. The interlocking of irregularities on the surfaces of two bodies in contact, which cause friction is overcome to great extent by the use of lubricants, the material used to reduce friction, and friction is reduced.

Friction and its Types

Static friction acts on objects when they are resting on a surface. For example, if you are hiking in the woods, there is static friction between your shoes and the trail each time you put down your foot. Without this static friction, your feet would slip out from under you, making it difficult to walk. In fact, that’s exactly what happens if you try to walk on ice. That’s because ice is very slippery and offers very little friction. 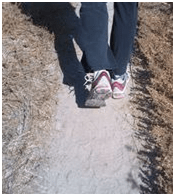 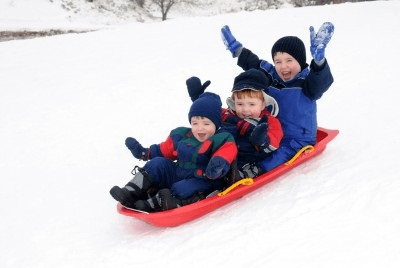 Rolling friction is friction that acts on objects when they are rolling over a surface. Rolling friction is much weaker than sliding friction or static friction. This explains why most forms of ground transportation use wheels, including bicycles, cars, 4-wheeler, roller skates, scooters, and skateboards. 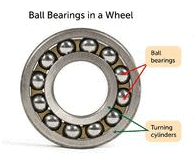 Fluid friction is friction that acts on objects that are moving through a fluid. A fluid is a substance that can flow and take the shape of its container. Fluids include liquids and gases. If you’ve ever tried to push your open hand through the water in a tub or pool, then you’ve experienced fluid friction.Objects which are made to move in fluid are made streamlined shape to reduce friction offered by fluid. The shape of aeroplane, ship, boat, birds and fish are made streamlined shape. A shape which is pointed on both ends and wide at the middle is called   which facilitates easier movement through fluids. The frictional force offered by fluids is called drag.

Friction: A Necessary Evil:Friction is a necessary evil because it has both harmful and beneficial effects.Examples:(i) We can walk easily because ground offers friction. Without this force, you would not be able to walk at all. With your first step out of the bed, you’d slip and fall. Therefore, friction is necessary even for a simple task like walking.(ii) Soles of shoes have grooves on them. Grooved soles give more friction to the ground which gives better grip when we walk. Shoes with worn out soles can be slippery.(iii) The tyres of vehicles have treads for better grip over road. It provides friction to the surface of road. When treads are worn out, the tyres need to be replaced with new one.(iv) Friction can also produce heat. Vigorously rub your palms together for a few minutes.(v) Writing with pen is possible because paper provides friction to the tip of pen.(vi)When a machine is operated, heat generated causes much wastage of energy.