The document Chapter Notes - Chapter - 2:Land, Soil, Water,Natural Vegetation and Wildlife, SST, Class 8 | EduRev Notes is a part of the Class 8 Course Social Studies (SST) Class 8.
All you need of Class 8 at this link: Class 8

Land:i) Land is among the most important natural resources. Land covers about 30% of the total area of the earth’s surface. ii) Ninety percent of the world population occupies only 30% of the land area. The remaining 70% of land is either sparsely populated or uninhabited.iii) Land is unevenly inhabited due to various factors of land and climate, water fertility of soil, etc.iv) Normally the sparsely populated or uninhabited areas are because of rugged topography, steep slopes of the mountains, low -lying areas susceptible to water logging, deserted areas and thickly forested areas.v) The densely populated areas of the world have plains, river valleys which have suitable land for agriculture.

Land use:(i) Land use refers to the use of land use for different purpose such as agriculture, forestry, mining, building houses, roads and setting up of industries.(ii) Factors affecting land use are of two kinds- (i) Physical factors and (ii) Human factors
(iii) Physical factors include topography, soil, climate and availability of water. Human factors include population and technology.(iv) On the basis of ownership, land can be classified as private and community land.(v) Private land is owned by an individual or family members and is used for personal purposes like house is a private land.(vi) Community land is owned by the community for common uses and can be used by anyone in the society like collection of fodder, fruits, nuts or medical herbs. These community lands are also called common property resources.(vii) The demand for land by the people is growing but the availability of land is limited.(viii) The vast changes in the land use pattern shows the cultural changes in our society.(ix) Land degradation, landslides, soil erosion, desertification are the major threats to the environment because of the expansion of agriculture and construction activities. (i) Growing population and their ever-growing demand has led to a large scale destruction of forest cover and arable land and has created a fear of losing these natural resources.(ii)  The present rate of degradation of land must be checked.(iii) The common methods used to conserve land resources are afforestation, land reclamation, regulated use of chemical pesticides and fertilizers and checks on overgrazing.

Soil:(i) Soil is a thin layer of grainy substance covering the surface of the earth.(ii) Soil is made up of organic matter, minerals and weathered rocks found on earth.(iii) Soil profile refers to the layered structure which spreads from the parent rocks to the top soil surface. Degradation of Soil and Conservation Measures:i) The major threats to soil erosion and depletion.ii) Human beings and natural factors are responsible for degradation of soils.iii) Deforestation, overgrazing, overuse of chemical fertilizers or pesticides, rain water, landslides and floods are the factors which leads to soil degradation.iv) Soil conservation refers to the protection, efficient use of soil and preservation of soil resources.v) Mulching is the method in which the bare ground between plants is covered with a layer of organic matter like straw. It helps to retain soil moisture.vi) Contour barriers is the method in which stones, grass, soil are used to build barriers along contours. Trenches are made in front of them to collect water.vii) In Terrace farming, broad flat steps or terraces are made on the steep slopes, so that flat surfaces are available to grow crops. It reduces the surface runoff and soil erosion.viii) In intercropping, different crops are grown in alternate rows and are sown at different times to protect the soil from rain wash.ix) Contour ploughing is the process of ploughing parallel to the contours of a hill slope to form a natural barrier to stop water from flowing down the slope. (x) Shelter belts are the rows of trees planted to check the wind movements to protect soil cover.

Water:i) Water is a vital renewable natural resources. Three-fourths of the earth’s surface is covered with water. Therefore, it is called ‘water planet’.ii) Ocean water is saline and not fit for human consumption whereas fresh water accounts for only 2.7% of the total water available.iii) Only 1% of this freshwater is available and fit for human use and is found as ground water, rivers, lakes, etc.v) Fresh water is the most precious substance on earth. It can neither be added nor subtracted from the earth.v) Water is used for agriculture, industries, generating electricity through reservoirs of dams, etc.vi) The major causes of water shortage are increasing population, rising demands for food and cash crops, increasing urbanization and rising standards of living. 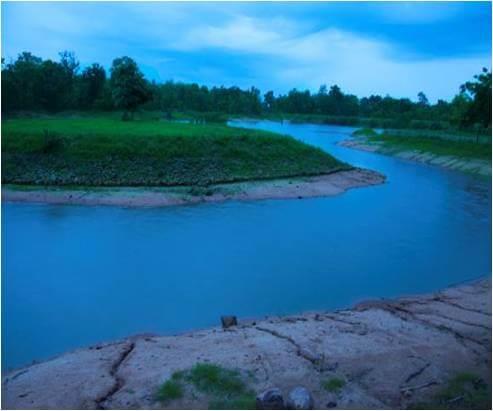 Problem of Water Availability:(i) There is water shortage in many regions of the world. It may be a consequence of variation of seasonal or annual precipitation or the scarcity is caused by over- exploitation and contamination of water sources.(ii) Countries located in climatic zones are most susceptible to droughts and face great problems of water scarcity.

Conservation of Water Resources:(i) The major problem of today’s world is shortage of clean and adequate water sources.(ii) Steps should be taken to conserve water.(iii) Water is a renewable resource, but its overuse and pollution makes it unfit for use.(iv) Sewage, agricultural chemicals and industrial waste pollute the water with nitrates, metals and pesticides.(v) Forest and other vegetation cover slow the surface runoff and replenish underground water.(vi) Water harvesting method can also be used to save surface runoff.(vii) Canals used for irrigation should be properly checked for water losses through seepage and evaporation.(viii) Rain water harvesting is the process of collecting rainwater from roof tops and directing it to an appropriate location where it is stored for future use.

Natural Vegetation and Wildlife:(i) Natural vegetation and wildlife exist only in the biosphere.(ii) The narrow zone of contact between the lithosphere hydrosphere and atmosphere is called biosphere. (iii) In the biosphere living beings are interrelated and interdependent on each other for survival. This life supporting system is known as the ecosystem.(iv) Plants provide us with timber, shelter to animals, produce oxygen, protect the soil for growing crops, act as shelter belts, give us fruits and vegetables help in storage of underground water, etc.(v) Wildlife includes animals, birds, insects and aquatic life forms. They provide us with milk, meat, hides and wool, help in pollination of flowers, acts as decomposers in ecosystem, etc. Distribution of Natural Vegetation:(i)  The growth of vegetation depends on temperature and moisture.(ii)  Forests, grasslands, scrubs and tundra are the major types of vegetation of the world.
(iii) Forests are associated with areas having abundant water supply. These areas have heavy rainfall and huge trees.
(iv) Grasslands are areas having short stunted trees and grasses grow in the regions of moderate rainfall. As the amount of moisture decreases the size of trees and their density reduces. 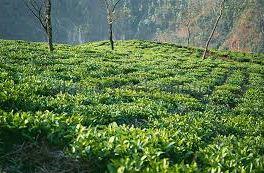 (v) Thorny shrubs and scrubs grow in dry areas of low rainfall. The plants of this region have deep roots and leaves with thorny and waxy surface that helps reduce loss of moisture through transpiration.
(vi) Tundra vegetation of cold Polar Regions comprise of mosses and lichens.
(vii) Evergreen and deciduous are the types of forests depending upon when they shed their leaves.
(viii) Trees of evergreen forests do not shed their leaves simultaneously in any season of the year.
(ix) Deciduous forests shed their leaves in a particular season to conserve loss of moisture through transpiration.

Conservation of Natural Vegetation and Wildlife:

i) Forests are our wealth.
ii) Plants give shelter to the animals and together they maintain the ecosystem.
iii) Changes of climate and human interference can cause the loss of natural habitats for the plants and animals.
iv) Poaching is one of the major concerns which results in a sharp decline in the number of particular species.
v) The animals are poached for collection and illegal trade of hides, skins, nails, teeth, horns and feathers.
vi) To protect our natural vegetation and wildlife, national parks, wildlife sanctuaries and biosphere reserves are made.
vii) Due to indiscriminate killings, several birds and animals have either become extinct or are on the verge of extinction.
viii) Awareness programs like social forestry and Vanmahotsava should be encouraged at the regional and community level.
ix) It is the ethical duty of every citizen to conserve plants and animals.