While reading the newspaper, Ria read that the population of India is more than 100 crores and that of Delhi is about 2 crore 50 lakh. 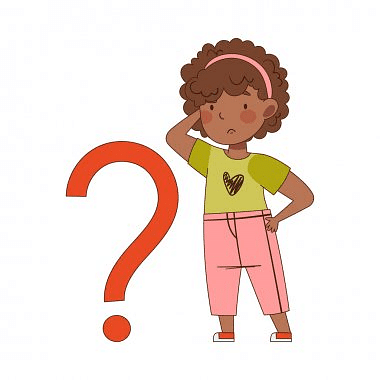 Ria wondered how much will a crore be?

All about One Crore! 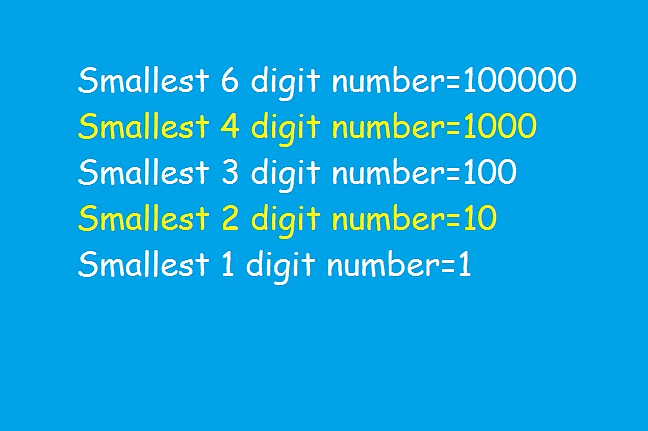 We learnt about One Lakh! Come on! Let’s learn about 100 Lakh or One Crore now!

Wooohoooo! You and Ria have mastered the concepts of Crore now!

Do you know? The moon is approximately 384400 km away from the Earth. It is a huge number as well!

In the image Earth and Moon look very near but it in reality it isn't so.

What are Place Values?

Place value in Maths describes the position or place of a digit in a number. Each digit has a place in a number. 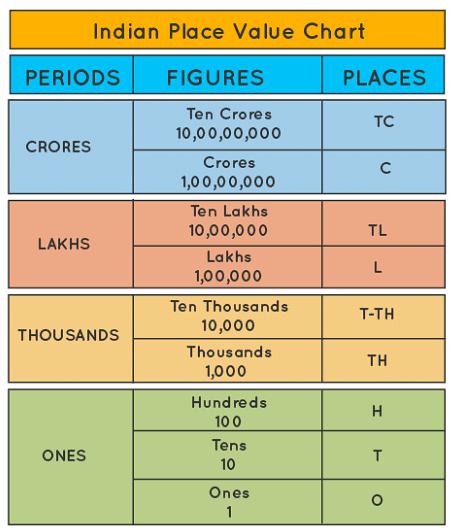 Question for Chapter Notes: Large Numbers
Try yourself:Which of the following is the place value of 4 in the number 4,67,13,223?
Explanation

How to Read Large Numbers?

Starting from the right, first make a group of 3 digits, then groups of 2 digits.Put commas between different groups.Thus, we write

First, we arrange the digits of the given numbers in the place value chart as shown below and then write their number names.

How to Compare Large Numbers?

(b) Equal number of digits: start from the left and compare the digits until they differ.

Lining up the numbers by place values, we have

How to form Smallest and Greatest Numbers from a given Number? 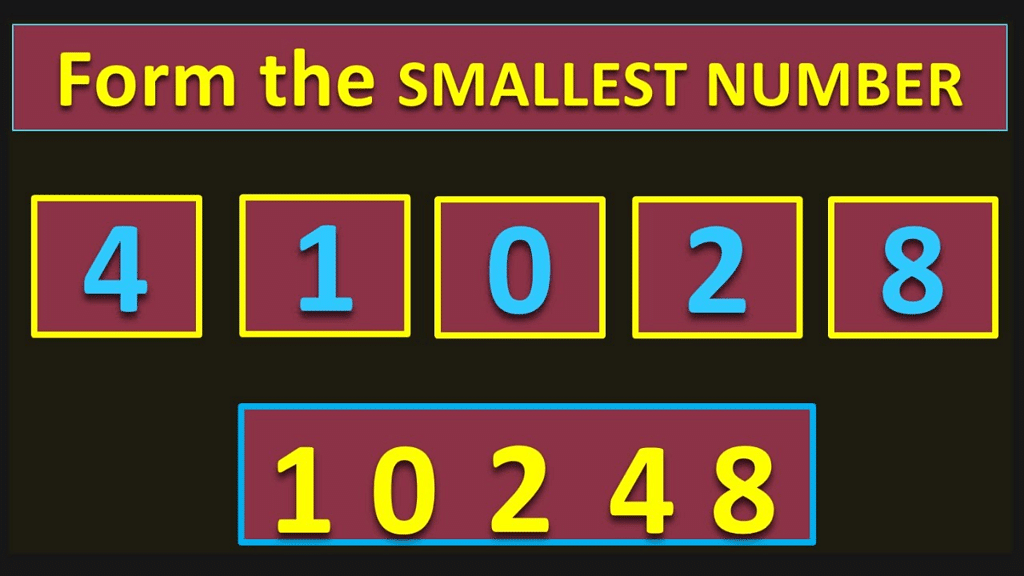 Case 1: Form smallest/ greatest number when repetition of digits is not allowed

For writing the greatest 6-digit number, we place the greatest digit at the leftmost place and the other digits in descending order.

Example 1: Form the greatest and the smallest 8-digit numbers using each of the digits 2, 8, 0, and 1 twice.

Instead of lakhs, crores, etc. as periods, we use millions, billions, etc.

Writing in the place value chart, we have:

So, the numerals are: