The three building blocks of geometry are points, lines and planes.

A point is an exact location in plane or space.

A point has zero length, zero width and zero height. It represents a position only. We represent a point by a dot (.) and name it with a capital letter, as point P.Some representations of a point in everyday life are:

A line is a straight path of points that extends on and on in both the directions without ever ending.

The length of a line cannot be measured.To show that a line extends endlessly in both the directions, you use arrowheads at both the ends.A line is named by using any two points on a line.

Thus, the line given alongside is named as

A part of a line is called a line segment.

A ray is a straight path that has one endpoint and goes on and on in one direction.

This ray begins at point P and goes through point Q. It does not stop at point Q. We name the given ray as

where the first letter is always the endpoint.The symbol ‘ → ’ shows that a ray has a fixed endpoint and extends endlessly in the other direction.Some representations of rays from your everyday life are:

A plane is a flat surface that extends infinitely in all directions. It has no thickness.

In mathematics, a plane goes on and on in all directions without end. We usually work with just a part of a plane. Points and lines lie on a plane. A plane can be named by using any three points on it. The given figure shows plane ABC. The order of the points does not matter. 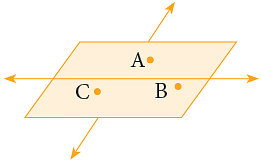 Some representations of a plane surface from your everyday life are:

An angle is a figure formed by two rays meeting at a common endpoint.

The common endpoint is called the vertex of the angle and the two rays are called the arms of the angle.Looking at these pictures, you can form some idea of an angle:

The symbol for angle is ∠.

1. Naming an AngleYou can name an angle in three ways: 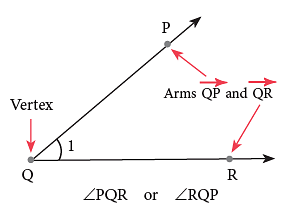 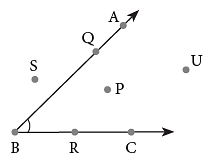 By measure of the angle, we mean the amount of rotation or turning.

Just as there are standard units of length, area, weight, etc., there are also standard units for the measurement of angles. The standard unit of measure for angles is the degree. The symbol for degree is °.The angle formed by one complete rotation measures 360 degrees or 360°.Look at the following example. The drawings below show angles of 40°, 150° and 270°.

Edurev Tips: One complete rotation is divided into 360 equal parts.

The measure of one part is called one degree or 1°.

Look at the following clocks:

A hand of a clock turns from one position to another as it changes its direction. This change of direction or turning can be represented by drawing two arrows from one point. 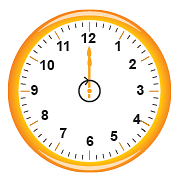 The picture alongside shows one complete rotation.

The least amount of turning that brings the hand back to its starting position is called one complete rotation.

Example 1: If a circle is divided into 20 equal parts, what will be the measure of an angle of each part?

Example 2: Calculate the angle between neighbouring spokes on each wheel.(a)

The instrument used for measuring angles is called a protractor. 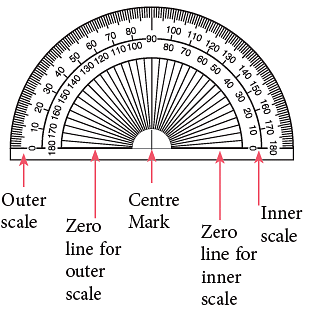 The diagram on the right shows a protractor. It has the shape of a semi-circle and the angle at the centre is divided into 180°. 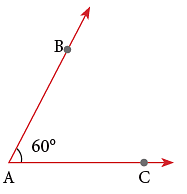 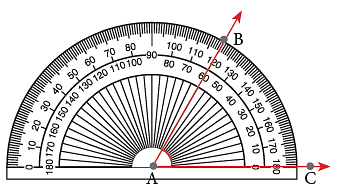 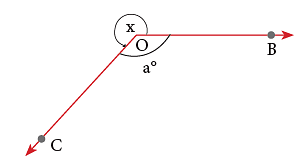 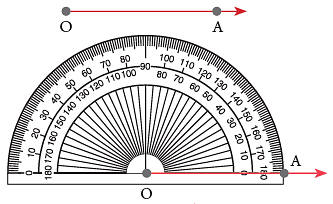 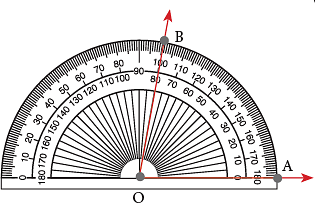 Step 4: Remove the protractor and join B to O. 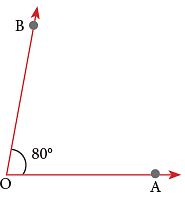 Thus, ∠AOB is the required angle.

Irrespective of the length of the arms, each angle = 90°.

Angles are named according to their measure between 90° and 180° and 180° and 360°. Look at the following illustrations. Sita sat on a roller coaster. Let her position be A. The roller coaster starts moving in an anticlockwise direction and this movement brings a change in Sita’s position. 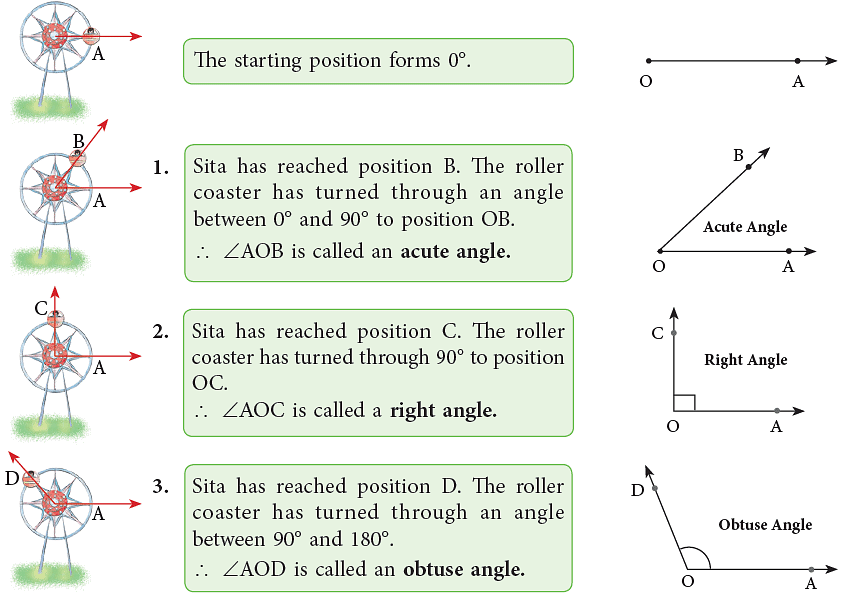 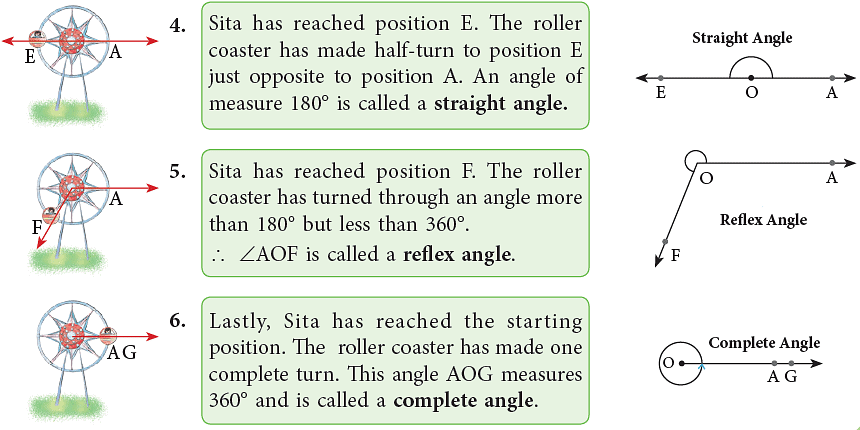 When two angles have the same angle measure, we say that they are equal or congruent and write ∠ABC = ∠DEF.

This means either angle can fit exactly over the other angle.

Parallel Lines are lines that lie on  the same plane and never meet, even if they are extended endlessly in both directions.

Parallel lines are always the same distance apart. The symbol || is used to show ‘‘is parallel to’’.

Here, Line AB is parallel to line XY and line PQ || line RS. The following are some of the representations of parallel lines in our everyday life.

Intersecting Lines are lines that cross each other at a point.

The following are some of the representations of intersecting lines in our everyday life.

The letter X is also an example of intersecting line segments.

They are indicated by the symbol

(a square corner) in the diagrams. 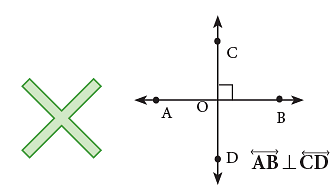 ⊥ is the symbol for ‘‘is perpendicular to’’.