The document Chapter Notes - Micro-Organisms : Friend or Foe, Science, Class 8 | EduRev Notes is a part of the Class 8 Course Science Class 8.
All you need of Class 8 at this link: Class 8

MICROORGANISMSOrganisms which are too small to be seen by the unaided eye, especially a single celled organism, such as a bacterium is called microorganism.

Microorganisms are classified into four major groups. These groups are bacteria, fungi, protozoa and some algae.

Viruses are also microscopic. They, however, reproduce only inside the cells of the host organism, which may be a bacterium, plant or animal. 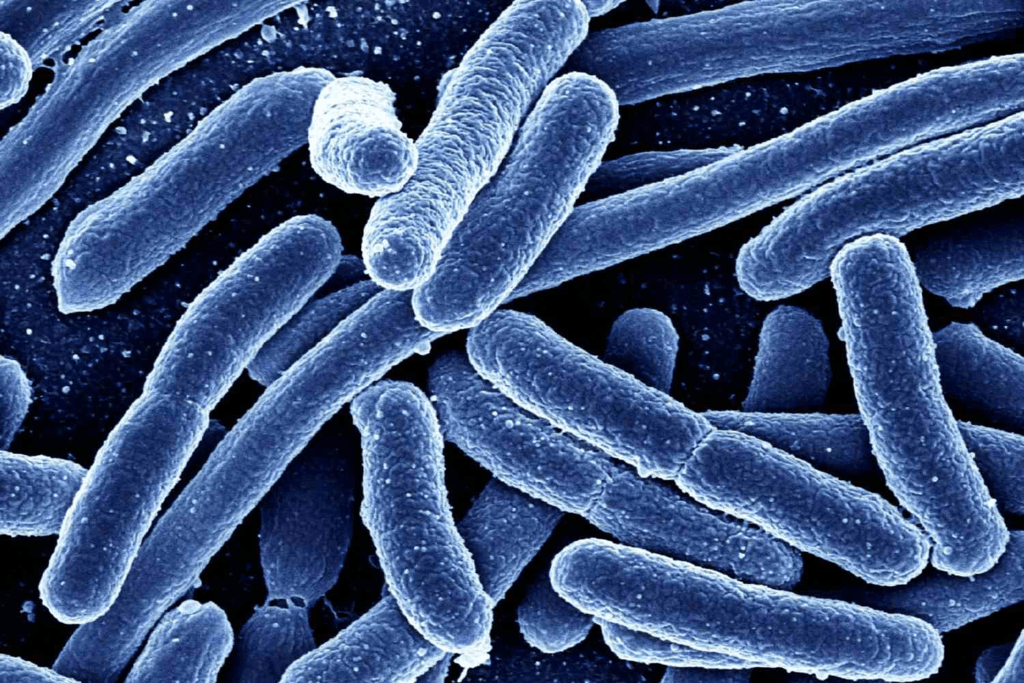 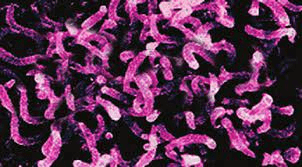 Spiral BacteriaWhere do Microorganisms Live?(i) Microorganisms may be single celled (bacteria, some algae and protozoa) or multi cellular (algae and fungi) can survive under all types of environment, ranging from ice cold climate to hot springs and deserts to marshy lands.(ii) They are also found inside the bodies of other organisms including humans.(iii) Growth of some microorganisms depends on other organisms while other organisms exist freely.(iv) Microorganisms like amoeba can live alone, while fungi and bacteria may live in colonies.Microorganisms and Us:Microorganisms play an important role in our lives. Some of them are beneficial in many ways whereas some others are harmful and cause diseases. 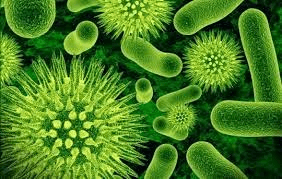 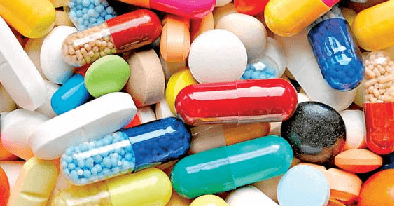 Fig. Medicinal use of microorganisms

Vaccine:(i) When a disease-carrying microbe enters our body, the antibodies produced by our body fight with the invader. If microbes enter again, the body also remembers that how to fight with the microbes.(ii) If dead or weakened microbes are injected in a healthy body, the body fights and kills them by producing suitable antibodies.(iii) The antibodies remain in the body for protecting from the disease causing microbes. This is how a vaccine works.(iv) Several diseases like cholera, tuberculosis, smallpox and hepatitis can be prevented by vaccination.Increasing Soil Fertility:Some bacteria and blue green algae are able to fix nitrogen from the atmosphere to enrich soil with nitrogen and increase its fertility. These microbes are commonly called biological nitrogen fixers.

Commensals:Some microorganisms live inside our body. They help in certain functions of our body systems. For example some bacteria in our gastrointestinal tract help in digestion. These type of organisms which reside in our body and are beneficial as well are called commensals. Apart from them certain food like curd, contain beneficial bacteria.Harmful Microorganisms:Microorganisms are harmful in many ways. Some of the microorganisms cause diseases in human beings, plants and animals. Such disease-causing microorganisms are called pathogens. Some microorganisms spoil food, clothing and leather.Disease causing Microorganisms in Humans:Pathogens enter our body through the air we breathe, the water we drink or the food we eat. They can also get transmitted by direct contact with an infected person or carried through an animal. Microbial diseases that can spread from an infected person to a healthy person through air, water, food or physical contact are called communicable diseases. Examples of such diseases include cholera, common cold, chicken pox and tuberculosis.

There are some insects and animals which act as carriers of disease causing microbes. Housefly is one such carrier. The flies sit on the garbage and animal excreta. Pathogens stick to their bodies. When these flies sit on uncovered food they may transfer the pathogens. 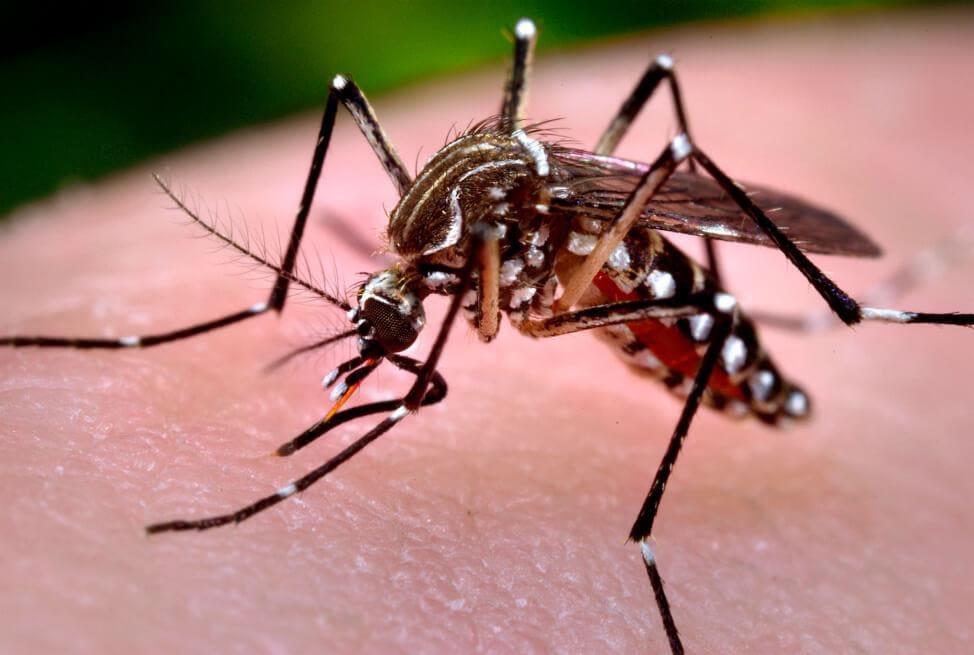 Whoever eats the contaminated food is likely to get sick. Another example of a carrier is the female Anopheles mosquito, which carries the parasite of malaria. Female Aedes mosquito acts as carrier of dengue virus.

Disease- causing Microorganisms in Animals:Several microorganisms not only cause diseases in humans and plants, but also in other animals. For example, anthrax is a dangerous human and cattle disease caused by a bacterium. Foot and mouth disease of cattle is caused by a virus.Disease- causing Microorganisms in Plants:Several microorganisms cause diseases in plants like wheat, rice, potato, sugarcane, orange, apple and others. The diseases reduce the yield of crops. They can be controlled by the use of certain chemicals which kill the microbes. 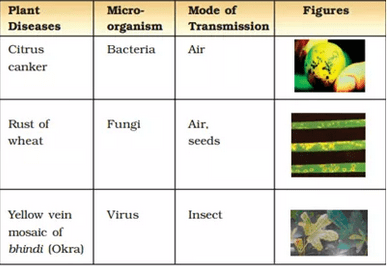 Some Common Plant Diseases caused by Microorganisms Food Poisoning:Food poisoning could be due to the consumption of food spoiled by some microorganisms. Microorganisms that grow on our food sometimes produce toxic substances. These make the food poisonous, causing serious illness and even death. So, it is very important that we preserve food to prevent it from being spoil.Food Preservation:Microorganisms spoil our food. Spoiled food emits bad smell and has a bad taste and changed colour. 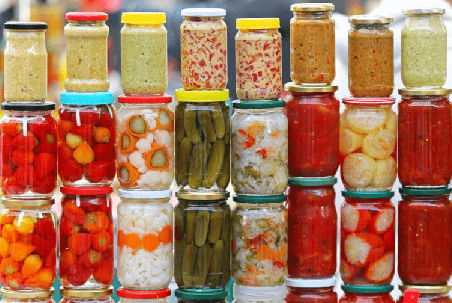 Common methods to preserve food in our homes:Chemical Method: Salts and edible oils are the common chemicals generally used to check the growth of microorganisms. Therefore they are called preservatives. We add salt or acid preservatives to pickles to prevent the attack of microbes. Sodium benzoate and sodium meta-bisulphite are common preservatives. These are also used in the jams and squashes to check their spoilage.Preservation by Common Salt: Common salt has been used to preserve meat and fish for ages. Meat and fish are covered with dry salt to check the growth of bacteria. Salting is also used to preserve amla, raw mangoes, tamarind, etc. 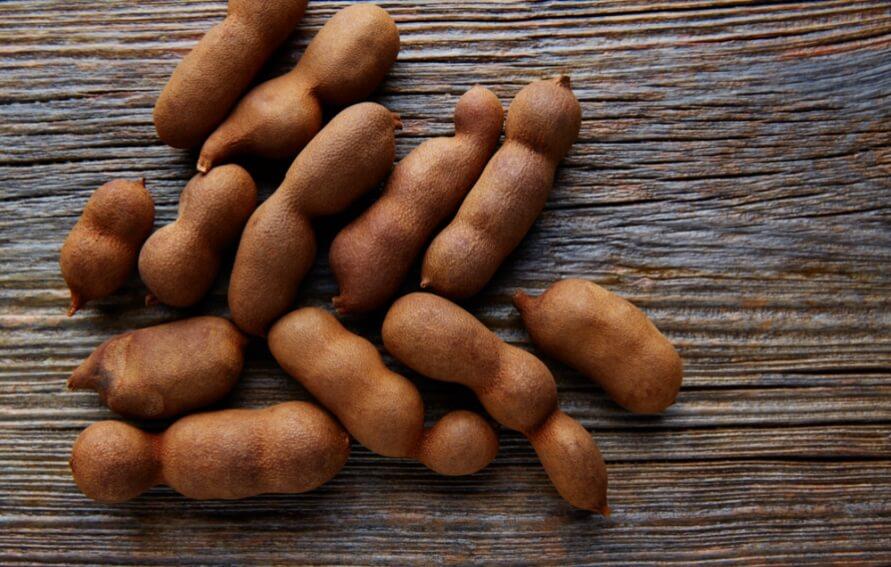 Preservation by Sugar: Jams, jellies and squashes are preserved by sugar. Sugar reduces the moisture content which inhibits the growth of bacteria which spoil food.Preservation by Oil and Vinegar: Use of oil and vinegar prevents spoilage of pickles because bacteria cannot live in such an environment. Vegetables, fruits, fish and meat are often preserved by this method.Heat and Cold Treatments: You must have observed your mother boiling milk before it is stored or used. Boiling kills many microorganisms.

Similarly, we keep our food in the refrigerator. Low temperature inhibits the growth of microbes. Pasteurized milk can be consumed without boiling as it is free from harmful microbes. The milk is heated to about 7000C for 15 to 30 seconds and then suddenly chilled and stored. By doing so, it prevents the growth of microbes. This process was discovered by Louis Pasteur. It is called pasteurization.Storage and Packing: These days dry fruits and even vegetables are sold in sealed air tight packets to prevent the attack of microbes.Nitrogen Fixation: Rhizobium is involved in the fixation of nitrogen in leguminous plants (pulses). Sometimes nitrogen gets fixed through the action of lightning. But the amount of nitrogen in the atmosphere remains constant. 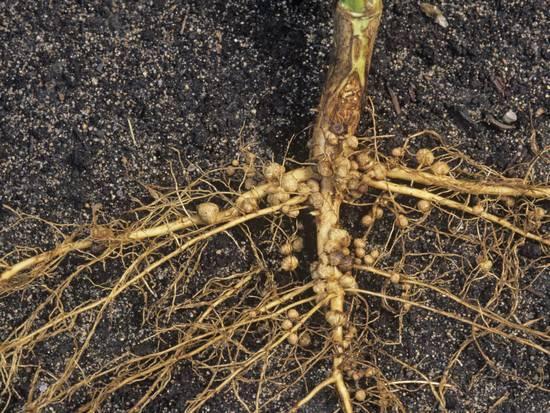 Fig: RhizobiumNitrogen cycle:Our atmosphere has 78% nitrogen gas. Nitrogen is one of the essential constituents of all living organisms as part of proteins, chlorophyll, nucleic acids and vitamins. Certain bacteria and blue green algae present in the soil fix nitrogen from the atmosphere and convert into compounds of nitrogen. Once nitrogen is converted into these usable compounds, it can be utilized by plants from the soil through their root system. Nitrogen is then used for the synthesis of plant proteins and other compounds. Animals feeding on plants get these proteins and other nitrogen compounds. 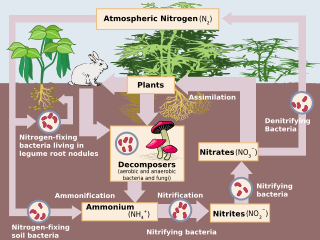 Fig: Nitrogen cycleWhen plants and animals die, bacteria and fungi present in the soil convert the nitrogenous wastes into nitrogenous compounds to be used by plants again. Certain other bacteria convert some part of them to nitrogen gas which goes back into the atmosphere. As a result, the percentage of nitrogen in the atmosphere remains more or less constant.