Soil is the upper layer of the earth composed of loose surface material. It is amixture of many substances including many minerals, remnants of plants and animals, water and air. The health of the soil depends on its interaction between air, water, minerals, plant and animal remnants i.e. with its parent material.Soil is an important part of our ecosystem. Soil is the seat, and raw material for plant growth. It is the most fundamental resource of our country.

The soils of India are broadly divided in the following six types:

Soil erosion is described as carrying away of soil. Natural elements by which soil erosion takes place are wind, rain, land slides, glaciers. Social activities which assist natural forces in soil erosion are over grazing, deforestation, nature of land use and methods of cultivation. 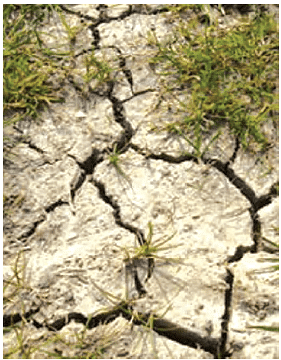 To check soil erosion is soil conservation. If the soil is washed away or blown away, it gets lost forever for that particular area or region. In other words, soil conservation is to hold the soil in its place. Roots of plants specially grass provide hold to soil. That is why plantation is so important. Rows of trees or shelter belts are planted to protect the fields in desert regions from wind erosion. Grazing by sheep, goat and other animals is to be better organized to avoid overgrazing. 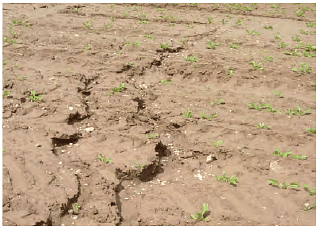 Free running of water on hill slopes is broken by zigzag small embankments to avoid water erosion. Small and large dams control floods but these have created other problems. Contour ploughing and terracing are practiced on hill slopes to avoid water erosion.Land sliding, avalanches are partly controlled because large natural forces work behind them.