The document Chapter Notes - Producer’s Equilibrium Commerce Notes | EduRev is a part of the Commerce Course Economics Class 12.
All you need of Commerce at this link: Commerce

PRODUCER :: A producer is an economic agent who produces goods and services for sale with the objective of  → maximizing profit ; or → minimizing losses

PRODUCER’S EQUILIBRIUM :: It refers to a situation where producer maximizes his profit or minimizes his losses.

(a) MARGINAL REVENUE(MR)  = MARGINAL COST (MC) (b) MC BECOMES GREATER THAN MR AFTER EQUILIBRIUM LEVEL : In  other words Marginal cost (MC) should be rising OR  MC should cut MR from below (rising MC means that a firm achieves its profit maximising equil ibrium only in stage of diminishing return) 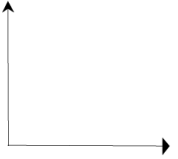 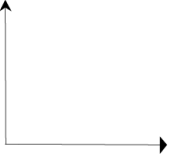 RELATION BETWEEN PRICE AND MC at EQUILIBRIUM

IF a firm exercises the option of closing down and produces nothing , the losses would be equal to its fixed cost. Thus in short run a firm has to compare losses in the two situation -(A) losses in a situation of shut down (that is loss of fixed cost) and (B) losses if the firm continues to produce

DIFFERENCE BETWEEN B.E.P & SHUT DOWN POINT