What are Roman Numerals?

Roman Numerals was a system that was the way that the Roman's would write different numbers. Instead of using numbers. 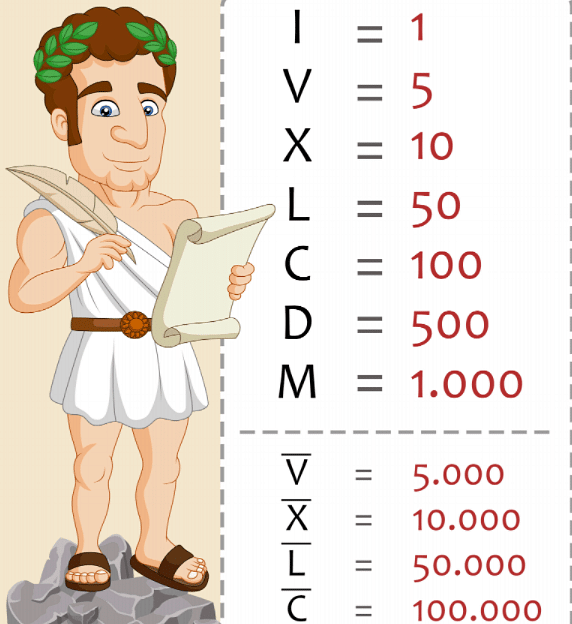 Basic Roman NumeralsThe Roman numerals with their corresponding Hindu-Arabic numerals are as follows: 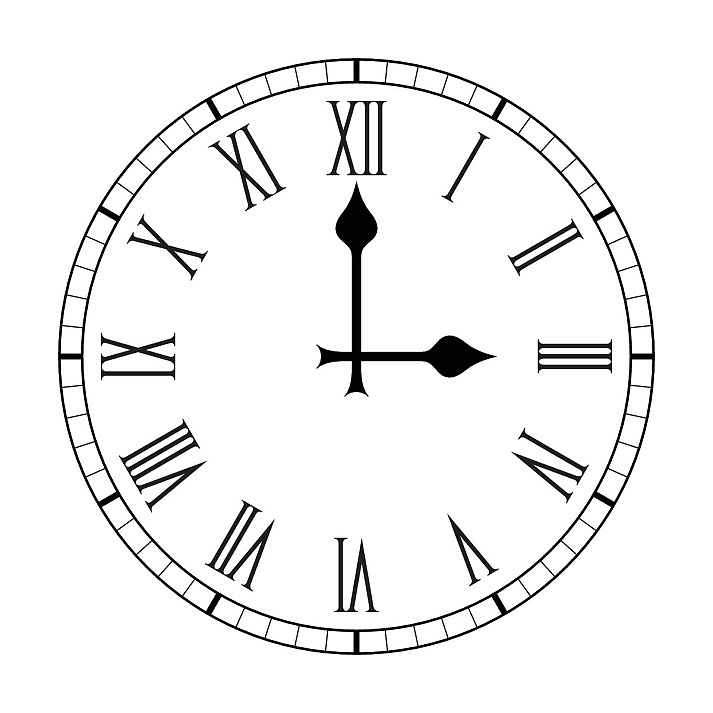 One to Twelve Roman Numbers written on a watch.

Try yourself:Which of the following options is the Hindu-Arabic form for the Roman numeral XXXIV?
Explanation

The following rules are used to write the numbers in the Roman system.

When a Roman numeral is repeated more than once, we add its value each time to get the number. 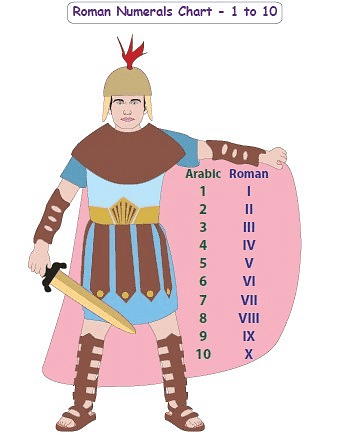 Try yourself:Which of the following options is not written correctly according to the Roman numerals rules?
Explanation

LVV is not written correctly because V cannot be repeated. 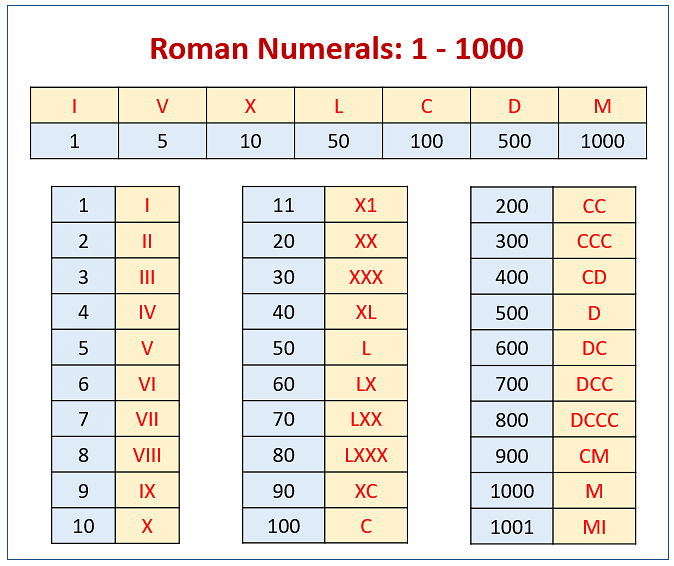 When a smaller Roman numeral is placed between two greater Roman numerals, then its value is subtracted from the value of the greater numeral on its right.