1. Social movements have shaped the world we live in 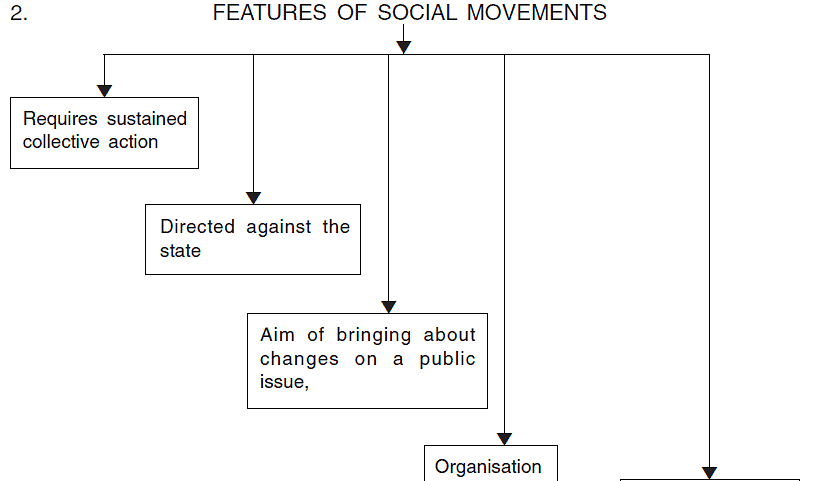 3. Counter movements sometimes arise in defense of status quo. For eg; when Raja Rammohun Roy campaigned against sati and formed the Brahmo Samaj, defenders of sati formed Dharma Sabha and petitioned the British not to legislate against sati 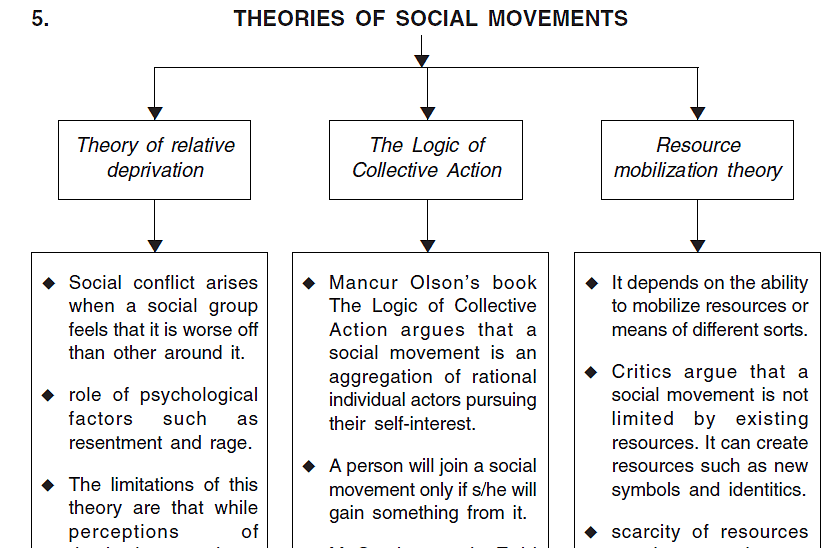 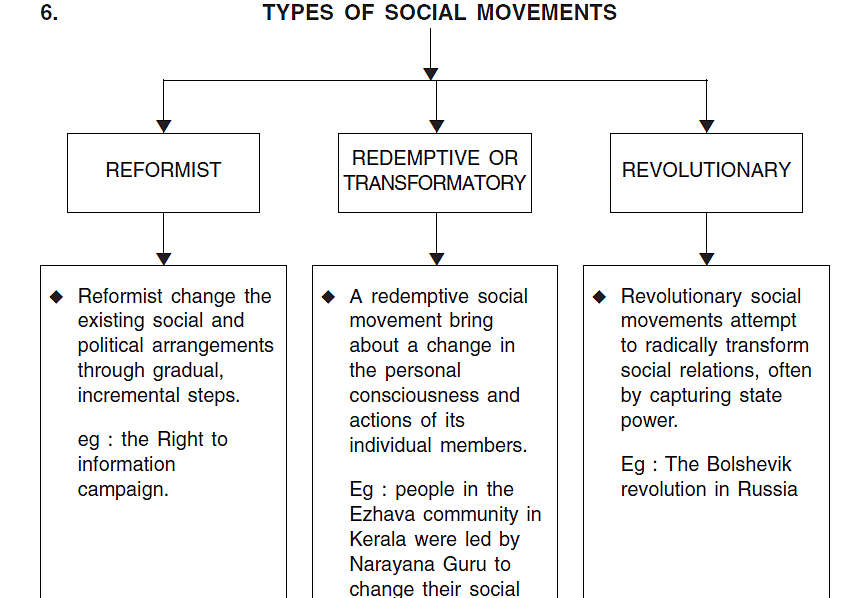 8. Reasons for Social Reform movements in the 19th and 20th centuries.

9. Differences between OLD AND NEW MOVEMENTS 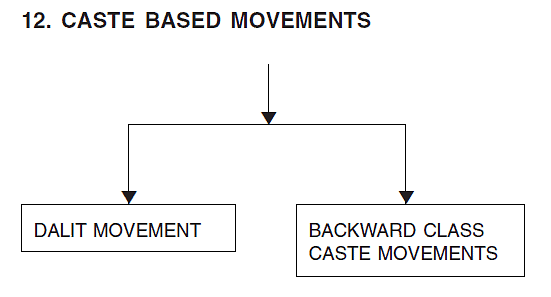 A. THE DALIT MOVEMENT

The colonial state often distributed patronage on the basis of caste.

13. THE TRIBAL MOVEMENTSlargely located in the so-called ‘tribal belt’ in middle India, such as the Santhals, Hos, Oraons, Mundas in Chota Nagpur and the Santhal Parganas

A. JHARKHAND♦ Jharkhand is one of the newly-formed states of India, carved out of southBihar in the year 2000

B. The issues against which the leaders of the movement in Jharkhand