We have read earlier that Industrial Revolution in Europe was followed by colonisation of many countries of Asia and Africa. India was one such country under the political control of Britain.

British traders had come to India and taken permission to set up trading centres. East India Company set up in the year 1600 A.D. was one such European company. The Portugese, Dutch and the French also wanted to take back Indian cloth and spices to Europe in exchange for goods from their countries. The European nations fought among themselves for trading rights in India. The British succeeded in driving out the others. India was at that time divided into a number of small states headed by weak and selfish rulers. They had no feeling of patriotism and were constantly fighting each other for small gains. The Britishers cleverly took advantage of the disunity among Indian rulers. From traders, the Britishers gradually became the rulers.

The process was long. In the beginning British traders were keen to grab as much wealth from India as possible. They would export raw material for their factories in England and import factory made goods into India. Gradually the East India company gained political control over Indian states. They could now compell farmers to grow what was needed for England. Thus farmers had to grow Indigo for dyeing mill cloth in England even when there was a famine caused by scarcity of food grains in India. The price for farm products of India was determined by the British traders.

The same was true for other Indian products. Silk could be sold only to Britishtraders at rates fixed not by the weavers but the British traders. The import of Dhaka muslin was banned in Britain as it hit their own produce. Besides the farmers and artisans, the local zamindars and nawabs also lived at the mercy of East India Company.

Indian handloom industry suffered great losses. Its products could not compete with cheap factory made cloth. The weavers lost their jobs. As the Indian states were put under British

Control, many soldiers and civil employees were discharged by the Company. 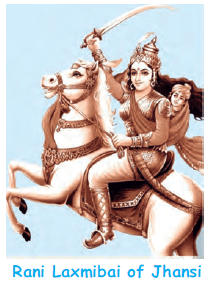 There was wide unemployment and discontent among all groups of Indian people. The discontent was expressed in a number of revolts. The minor revolts were mostly local and unorganised. It was easy for the Company rulers to suppress them. The first major revolt came up in 1857, It is regarded to be India’s first War of Independence.

The revolt of 1857 started with the soldiers under the employment of the East India Company. The soldiers were unhappy as they were frequently insulted by the British superiors. They got less pay than the British soldiers and had no chances of promotion.

A new rifle was introduced. Cartridges for this new rifle were greased with fat. The soldiers had to bite the cartridge before it could be fired. Word spread out that the grease used on the cartridge was pig and cow fat. This upset both the Muslim and the Hindu soldiers. The soldiers refused to use the new cartridges. They refused to obey the superior officers. “The spark ignited by the sepoys at Berhampur in Bengal on 26th February and the rebellion of Mangal Pandey at Barrack pore on 29th March, gradually took the form of a wild fire. On 10th May 1857, the sepoys of Meerut broke out in open rebellion.”

Soon, the revolt spread to other parts of northern and central India. The last Mughal Empeor at Delhi, Badadur Shah, was declared the leader of the revolt. Different leaders led the revolt at different places. In Jhansi, Rani Laxmi Bai fought bravely against the Company forces. Nana Sahib, Tantiya Tope and Begum Hazrat Mahal of Avadh are other names that deserve special mention.

The revolt was mercilessly suppressed by the British rulers. Bahadur Shah’s twosons were killed and their bleeding heads put up at Khooni Darwaza in Delhi to create terror.  Bahadur Shah himself was arrested and deported to Burma (now Mynmar) with a jail sentence. Thousands were hanged. Hundreds of people who had taken part in the revolt were tied to mouth of guns and blown up. Villages were burnt down. The revolt could not succeed in its final aim. After the revolt had been put down, the East India Company was wound up. The British government assumed direct control over the affairs of India.

A Governor General was appointed as Viceroy of India. The Indian princes were allowed to retain their kingdoms but had to work under strict British control. Harassment of Indian people continued unchecked.

The revolt of 1857 succeeded in arising within the Indian people an urge to throw out the British rule. The long battle lasted for the next 90 years.

The revolt of 1857- Important Characters 2. Tantia Tope - The most loyal General of Nana Sahib 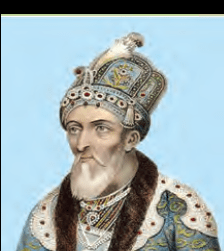