Chapter Notes: What, Where, How, and When? Notes | Study Social Studies (SST) Class 6 - Class 6

History is a chronological account of events as they took place in the past. 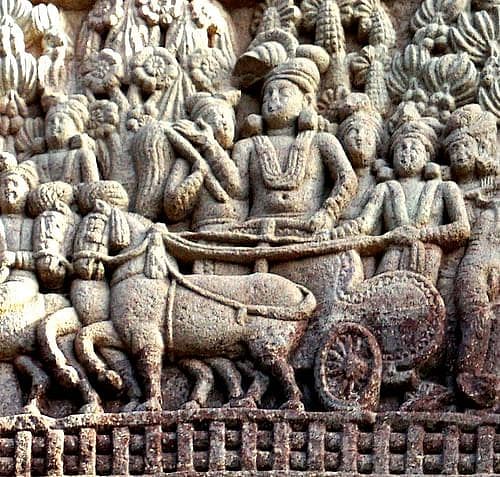 Sanchi from The Mauryan Empire

Why Should We Study History?

We should study history as it tells us about our past.

What do Dates Mean?

If somebody asks you the date, you will probably mention the day, month and year, 2000 and something. These years are counted from the date generally assigned to the birth of Jesus Christ.

Try yourself:All dates before the birth of Christ are counted backwards and usually have the letters
Explanation

What can we know about the Past?

There are several things we can know about our past such as:

Where did People Live?

People majorly lived near river valleys. This was because rivers provided water for all purposes.

Names of the Land

Two of the words we often use for our country are India and Bharat.

Finding Out About the Past

Archaeologists and historians study several sources to tell us about the past. There are two sources - archaeological and literary.

Palm leaf or the bark of the birch tree was used in ancient times to write manuscripts. In India, the palm leaf manuscript, with a distinctive long rectangular shape, was used from ancient times until the 19th century.

One Past or Many?

Q.1 They study the remains of buildings made of stone and brick, paintings, and sculptures. They explore to find tools, weapons, ornaments, and coins. Who are they?

Ans: There were many things that were made and used in the past. Those who study these objects are called archaeologists. They study the remains of buildings made of stone and brick, paintings, and sculptures. They also explore and excavate (dig under the surface of the earth) to find tools, weapons, pots, pans, ornaments, and coins.

Ans: The two main groups (or categories) of historical sources are :