The document Chemical Properties of Alkanes NEET Notes | EduRev is a part of the Class 11 Course Chemistry for JEE.
All you need of Class 11 at this link: Class 11

Alkanes are quite inert substances with a highly stable nature. Their inactiveness has been explained as:

In alkanes, all the C-C & C-H bonds being stronger sigma bonds and are not influenced by acids, alkalies, oxidants under ordinary conditions.

The C-C (completely non-polar) & C-H (weak polar) bonds in alkanes- are practically non-polar because of the small electronegativity difference in C (2.6) and H (2.1). Thus polar species i.e., electrophiles or nucleophiles are unable to attack these bonds under ordinary conditions. 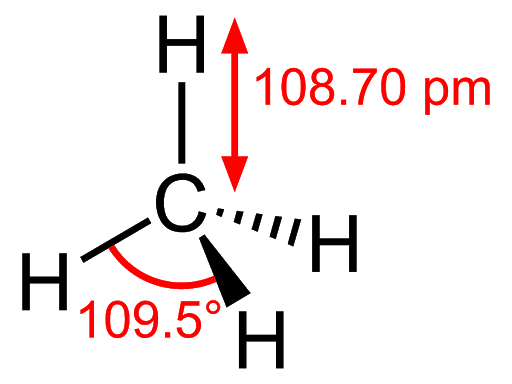 In spite of a less reactive nature, alkanes show some characteristic reactions.

1. Complete oxidation or combustion : Alkanes burn readily with non luminous flame in presence of air or oxygen to give CO2 & water along with evolution of heat. Therefore, alkanes are used as fuels.

Lower alkanes are easily converted to alcohols and aldehydes under controlled catalytic oxidation.

Higher alkanes on oxidation in presence of manganese acetate give fatty acids.

Chlorination may be brought about by photo irradiation, heat or catalysts, and the extent of chlorination depends largely on the amount of chlorine used. A mixture of all possible isomeric monochlorides is obtained, but the isomers are formed in unequal amounts, due to difference in reactivity of primary, secondary and tertiary hydrogen atoms.

The order of ease of substitution is

Chlorination of isobutane at 300 oC gives a mixture of two isomeric monochlorides.

The tertiary hydrogen is replaced by about 4.5 times as fast as primary hydrogen. Bromination is similar to chlorination, but not so vigorous. Iodination is reversible, but it may be carried out in the presence of an oxidising agent such as HIO3, HNO3 etc., which destroys the hydrogen iodide as it is formed and so drives the reaction to the right, e.g.

Iodides are more conveniently prepared by treating the chloro or bromo derivative with sodium iodide in methanol or acetone solution. e.g:

This reaction is possible because sodium iodide is soluble in methanol or acetone, whereas sodium chloride and sodium bromide are not. This reaction is known as Conant Finkelstein reaction.

Direct fluorination is usually explosive; special conditions are necessary for the preparation of the fluorine derivatives of the alkanes.

The mechanism of methane chlorination is:

The required enthalpy comes from ultraviolet (UV) light or heat.

The sum of the two propagation steps in the overall reaction,

Probability Factor: This factor is based on the number of each kind of H atom in the molecule. For example, in CH3CH2CH2CH3 there are six equivalent 1o H’s  and four equivalent 2o H’s. The ratio of abstracting a 1oH are thus 6 to 4, or 3 to 2.

The rate of abstraction of hydrogen atoms is always found to follow the sequence 3o > 2o > 1o. At room temperature, for example, the relative rate per hydrogen atom are 5.0:3.8:1.0. Using these values we can predict quite well the ratio of isomeric chlorination products from a given alkane. For example:

Inspite of these differences in reactivity, chlorination rarely yields a great excess of any single isomer.

The same sequence of reactivity, 3o > 2o > 1o, is found in bromination, but with enormously larger reactivity ratios. At 127oC, for example, the relative rates per hydrogen atom are 1600:82:1. Here, differences in reactivity are so marked as vastly to outweigh probability factors. Hence bromination gives selective product.

In bromination of isobutane at 127oC,

Hence, tert-butyl bromide happens to be the exclusive product (over 99%).

Replacement of H atom of alkane by -NO2 group is known as nitration. Nitration of alkane is made by heating vapours of alkanes and HNO3 at about 400oC to give nitroalkanes. This is also known as vapour phase nitration.

During nitration, C-C bonds of alkanes are also decomposed due to strong oxidant nature of HNO3 to produce all possible nitroalkanes.

The process of conversion of one isomer into other is known isomerization. Straight chain alkanes on heating with AICI3 + HCI at about 200oC and 35 atm pressure are converted into branched chain alkanes.

The process of conversion of aliphatic compound into aromatic compound is known as aromatization. Alkanes having six to 10 carbon atoms are converted into benzene and its homologues at high pressure and temperature in presence of catalyst.

6. Dehydrogenation : Alkanes are dehydrogenated on heating in presence of catalyst to produce corresponding alkenes.

The decomposition of a compound on heating in absence of air is known as pyrolysis. The phenomenon of pyrolysis of alkane is also known as cracking. Alkane vapours on passing through red hot metal tube in absence of air decomposes to simpler hydrocarbons. The product formed during cracking depends upon:

(a) nature of alkane

(b) temperature and pressure

(c) presence or absence of catalyst

Cracking has an important role in petroleum industry. Higher alkanes are converted into lower one (petrol C6 to C11) by cracking.