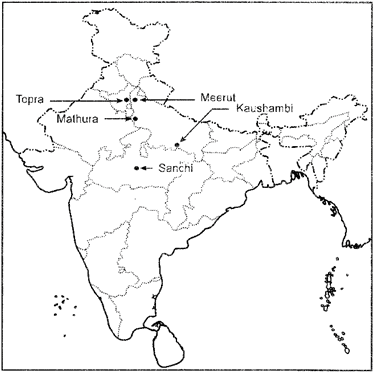 Ques 21: On the given political outline map of India five important centres of the Indian National Movement have been marked as 1, 2, 3, 4, 5. Identify them and write their names on the lines drawn near them. 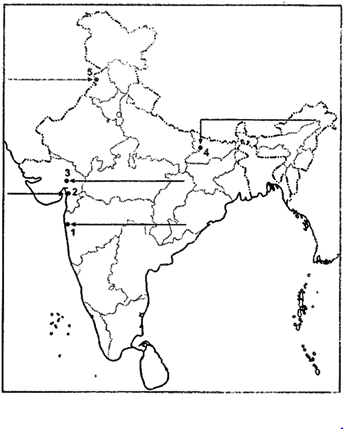 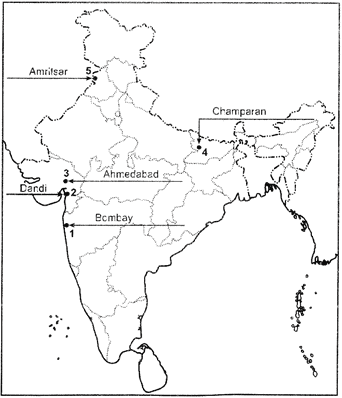