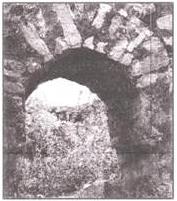 The lower part of bricks. It has many towers close to one another. There are twenty eight gates in this city which are called darwaza, and of these, the Budaun darwaza is the greatest; inside the Mandwi darwaza there is a grain market; adjacent to the Gul darwaza there is an orchard ... It (the city of Delhi) has a fine cemetery in which graves have domes over them, and those that do not have a dome, have an arch, for sure. In the cemetery they sow flowers such as tuberose, jasmine, wild rose, etc.; and flowers blossom there in all seasons. 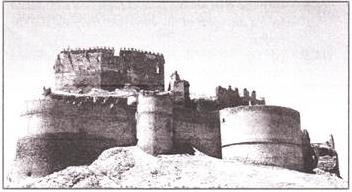 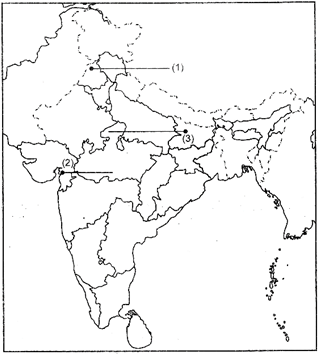 Ans: (i) In the above outline map of India Dholavira and Lumbini are located as a & b and label.(ii) (1) Amritsar(2) Surat(3) Muzzafarpur. 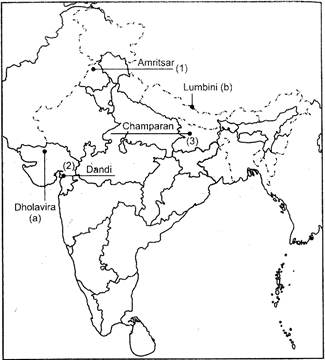