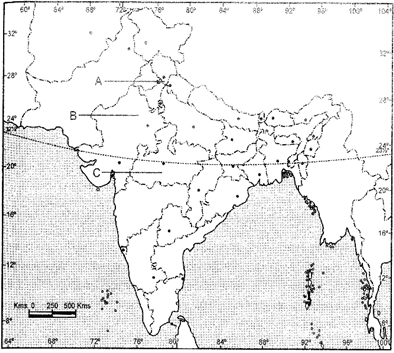 (ii) On the same map three places related to the mature Harappan sites has beenb marked as A, B, C. Identify them and write their names correctly on the lines drawn near them.Ans: 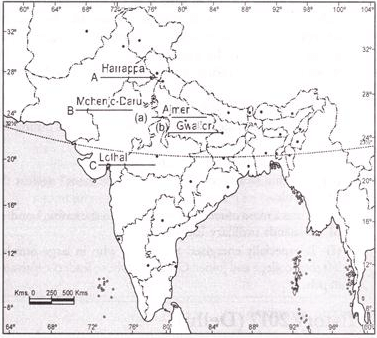