Reasoning is one of the most scoring subjects of SSC and all other competitive exams and one of the easiest chapter in this section is from"Classification - Odd One Out". If the candidate is able to apply his thinking ability properly, he can easily score well in these questions.

In this post, we are covering all the possible concepts from the topic "Classification - Odd One Out" and some questions from this chapter which are asked in previous year papers of competition exams.

Basic Concepts of Classification - Odd One Out

This common feature must be unique, ascertainable, non-imaginary and must not be present in odd-one option. While solving these questions, one should have basic awareness about general knowledge including Science, Geography, History, Mathematics etc.

1. Finding the Odd-Word : In such questions, four ‘meaningful’ words are given. These words can be found in dictionary. Apart from that, these have similar feature, based on that we’re supposed to find the odd-word. For example:

Answer: Here, we can see that all except Morbid are synonymous to each other as they all mean ‘falsehood’ while ‘morbid’ means ‘diseased’. So, here we should have good vocabulary to solve such questions.

Answer: Here, Joy, Anxiety and  Anger are all the type of Feeling. And, Feeling is a generic(or general) term. To solve this, we need good knowledge of adjectives.

Answer:Here, All except Appendix are bones. While Appendix is an organ made of muscle. To solve this, we need basic knowledge of science.

2. Finding the odd-pair of words: In such questions, five options are given. Each option has a pair of words (that can be found in dictionary & hence meaningful).  Each three pair depicts a relationship among each other and this relationship is common in all the four pairs but can’t be found in 4th odd-one pair. We’re supposed to find that odd-pair which doesn’t possess that common relationship. For example,

Answer: Here, all the pairs contain the words which are antonym i.e. they mean opposite of each other. But, Valley & Depth are synonym to each other.

3. Finding the odd number: In such questions, five numbers are given. Each of the 3 numbers have common features like they are prime numbers or odd numbers or all divisible by ‘7’ while the 4th number isn’t so we have to identify that odd-number which doesn’t have the feature the other four numbers have. For example:

Answer: Here, ‘4232’ is the only number where digits have been repeated while all other options have three different unique digits.

4. Finding the odd-pair of numbers: In such questions, five options are given. Each option has a pair of numbers. Each four pair depicts a relationship among each other and this relationship is common in all the three pairs but can’t be found in 4th odd-one pair. We’re supposed to find that odd-pair which doesn’t possess that common relationship. For example

5. Finding the odd letters: In such types of questions, four options contain random group of letters. These random groups of letters have common pattern and this pattern is common in all the three options but can’t be found in 4th odd-one. We’re supposed to find that odd-one which doesn’t possess that common pattern. For example,

Answer: All except JFHG contain consecutive alphabets in random order.

Answer: In all the groups except CEUS, 1st and 3rd letters occupy the same position from the beginning & end of alphabetical series respectively.

Answer: Each group except for MONDAY contains two consecutive letters each. Like in TUESDAY, THURSDAY.

This method might look a bit time consuming. You might think “It’s better to solve those puzzles then going through such lengthy 4-5 questions”. But wait, we can make these questions solving easy too:

Step II: After having selected bulk of questions, start slowly practicing the questions. Read the options, try answering without timing yourself. Check the answer, understand the logic. Start gradually and continue the practice.

Step III: After you’ve solved, 50-100 questions, you’ll start getting comfortable with the kind of patterns they make. You’ll be able to tell in one-fourth time what kind of pattern there is. After reaching this stage, just keep practicing and increase the level, if you’d like.

Step IV: When you’ve done hundreds of questions with the techniques described above, you’ll be able to attempt one classification question in hardly a minute. That too flawlessly. This is the mastery stage where you can solve any difficulty of statement-assumption, and classification becomes scoring section for you. 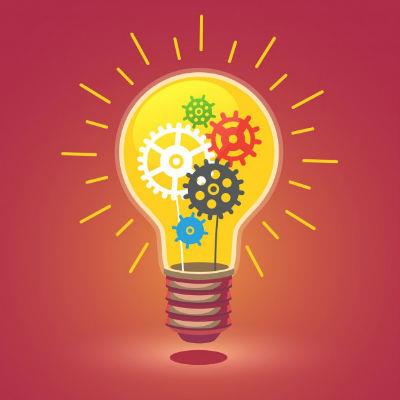