The document Classification of Discontinuity JEE Notes | EduRev is a part of the JEE Course Mathematics (Maths) Class 12.
All you need of JEE at this link: JEE

B. Classification of Discontinuity

Definition :– Let a function f be defined in the neighbourhood of a point c, except perhaps at c itself.

Then the point c is called a discontinuity of the first kind in the function f(x).

may not exist because

one or both one-sided limits do not exist. Such condition is called a discontinuity of the second kind. 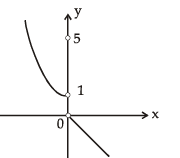 has a discontinuity of the first kind at x = 0

but at x = 0 it has a discontinuity of the first kind.

(and also the one-sided limits) do not exist; x = 0 is a discontinuity of the second kind.

exists but is  not equal to f(c) then the function is said to have a removable discontinuity. In this case we can  redefine the function such that

Removable Type Of Discontinuity Can Be Further Classified As :

exists finitely but f(a)  is not  defined .

does not exist then  it is not  possible to make the function continuous by redefining it . Such  discontinuities  are known  as non - removable discontinuity.

Irremovable Type Of Discontinuity Can Be Further Classified As :

(i) In case of finite discontinuity the non-negative difference between the value of the RHL at x = c & LHL at x = c is called The Jump Of Discontinuity . A function having a finite number of jumps in a given interval I is called a Piece-wise Continuous or Sectionally Continuous function in this interval.

(ii) All Polynomials, Trigonometrical functions, Exponential & Logarithmic functions are continuous in their domains.

(iii) Point  functions are to be treated as discontinuous

are continuous at x = 0 , hence the  composite