We are given an array of n points in the plane, and the problem is to find out the closest pair of points in the array. This problem arises in a number of applications. For example, in air-traffic control, you may want to monitor planes that come too close together, since this may indicate a possible collision. Recall the following formula for distance between two points p and q.

The Brute force solution is O(n^2), compute the distance between each pair and return the smallest. We can calculate the smallest distance in O(nLogn) time using Divide and Conquer strategy. In this post, a O(n x (Logn)^2) approach is discussed. We will be discussing a O(nLogn) approach in a separate post.

Following are the detailed steps of a O(n (Logn)^2) algortihm.

Output: The smallest distance between two points in the given array.

As a pre-processing step, the input array is sorted according to x coordinates.

Following is the implementation of the above algorithm. 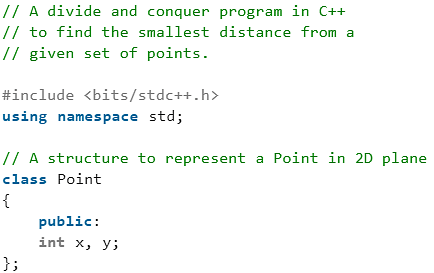 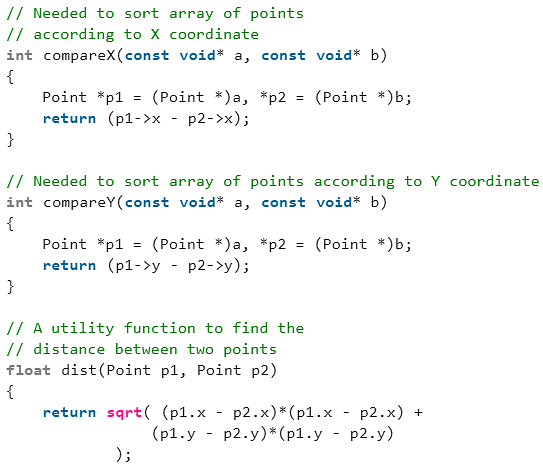 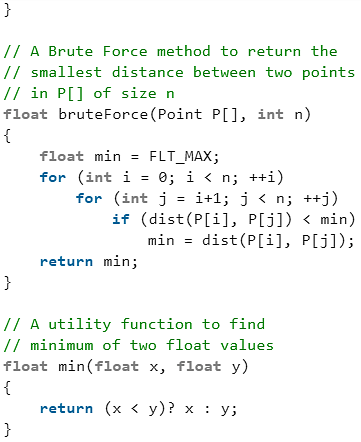 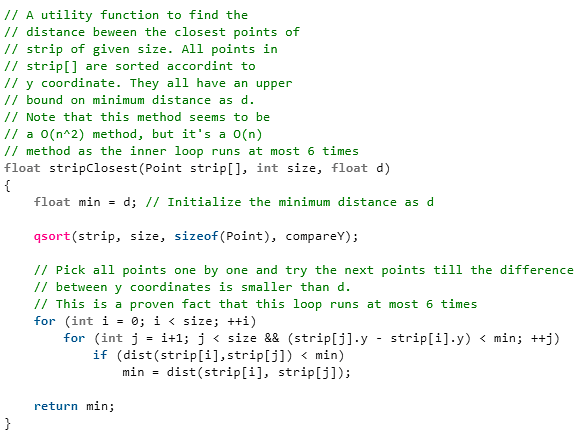 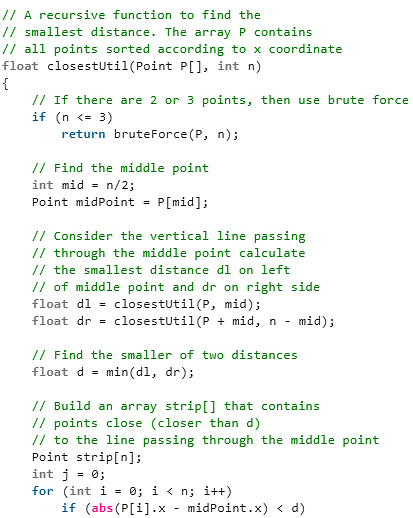 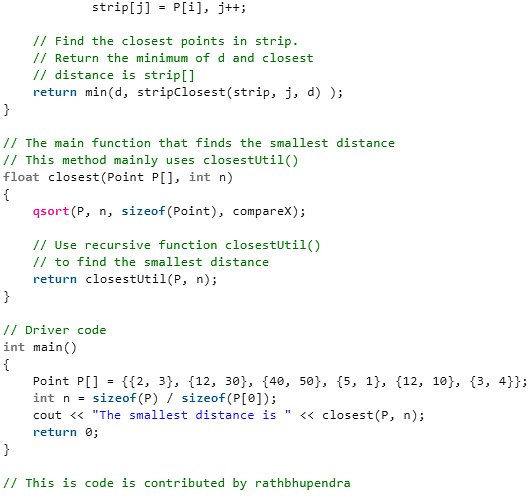 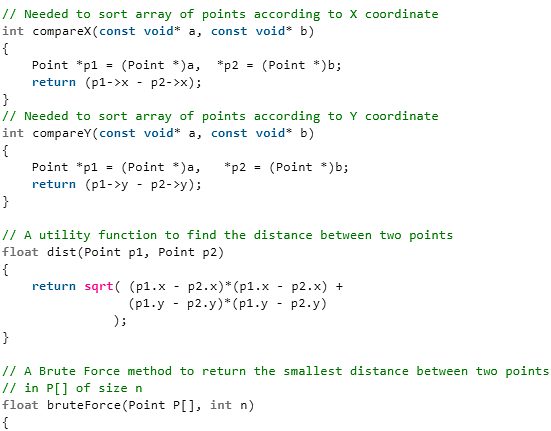 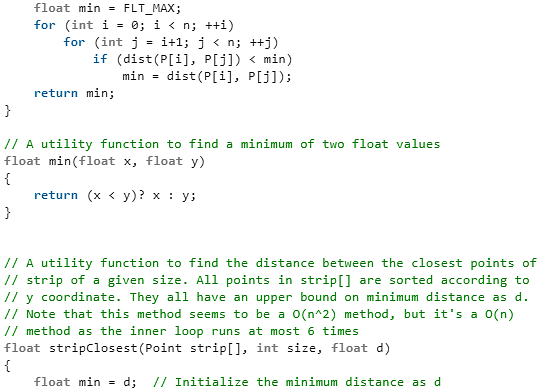 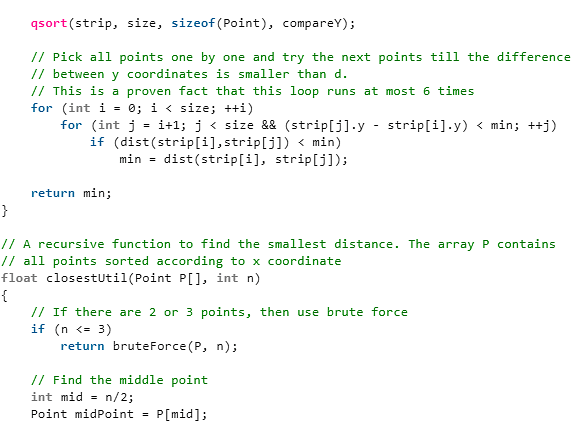 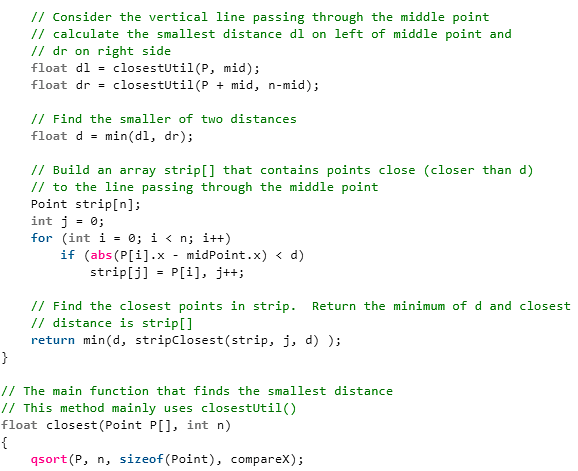 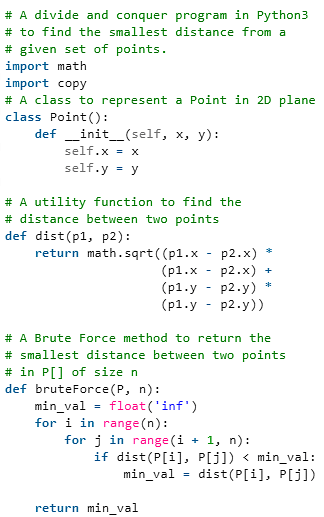 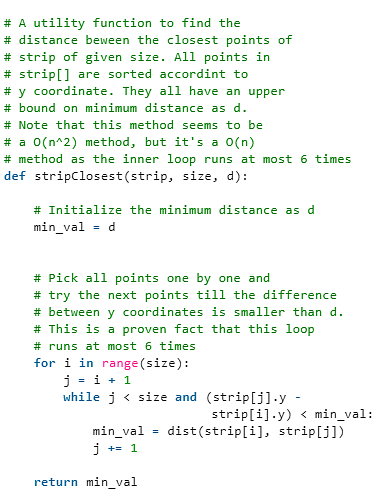 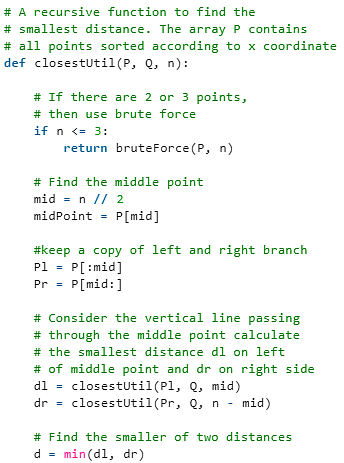 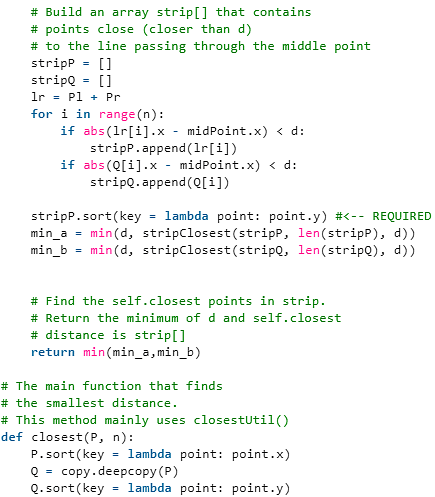 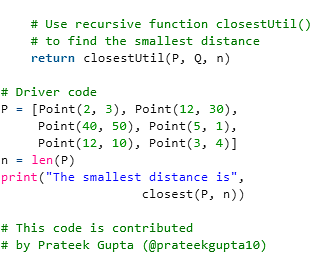