A very simple and casual method of finding correlation when we are not serious about the magnitude of the two variables is the application of concurrent deviations.

This is done for the y-series as well. The deviation in the x-value and the corresponding y-value is known to be concurrent if both the deviations have the same sign.

Find the coefficient of concurrent deviations from the following data.

Computation of Coefficient of Concurrent-Deviations. m  =  number of pairs of deviations

c  =  No. of positive signs in the product of deviation column 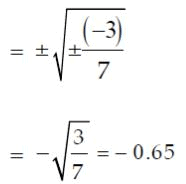 In case, a particular value is equal to the previous value, we have to attach "=" sign to that value.

And we have to do product of deviations as given below. 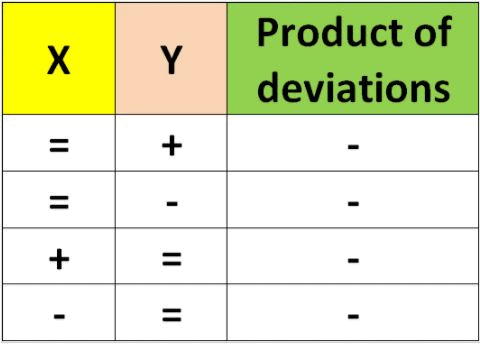 This is due to the existence of a third variable which is related to both the variables under consideration.

As an example, there could be a positive correlation between production of rice and that of iron in India for the last twenty years due to the effect of a third variable time on both these variables.

It is necessary to eliminate the influence of the third variable before computing correlation between the two original variables.

After having gone through the stuff given above, we hope that the students would have understood "Coefficient of concurrent-deviations".