The document Conductors And Insulators JEE Notes | EduRev is a part of the JEE Course Physics Class 12.
All you need of JEE at this link: JEE

CONDUCTORS AND INSULATORSAny object can be broadly classified in either of the following two categories on the basis of their electrical properties:(i) Conductors(ii) Insulators

The general property of conductor is to allow the transition of heat or light from one source to another. Metals, humans, earth and animal bodies fall in the category of conductors. This category generally comprises of metals but may sometimes contain non-metals too.

Example: Carbon in the form of graphite. Conductors have free electrons on its surface which allows current to pass through, that’s why conductors are able to conduct electricity.APPLICATIONS OF CONDUCTORS 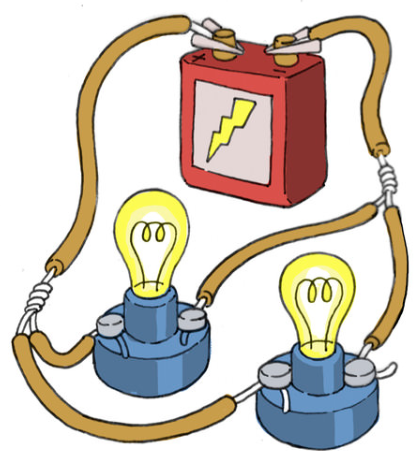 Fig: Use of conductors in lightning a bulb

Conductors are quite useful in many ways and used in many real life applications like:

Fig: An insulator is used to protect wire opening

Being resistive to flow of electron, insulators are used worldwide in a number of ways.

Some are as follows