The document Consolidated Fund, Contingency Fund & the Finance Commission: Revision Notes UPSC Notes | EduRev is a part of the UPSC Course Indian Polity for UPSC CSE.
All you need of UPSC at this link: UPSC

The Consolidated Fund of India is a fund where all the money received by or on behalf of the Government of India in the form of revenues, fresh loans, repayment of loans, etc. are deposited.  Money can be spent out of this fund only with the approval of the Parliament. 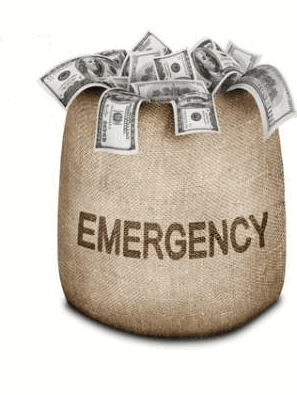 Contingency Fund of IndiaThe Contingency Fund of India was constituted through an act of Parliament in 1950 in exercise of powers vested in it by Article 267 of the Constitution. The Fund has been placed at the disposal of the President. He can make advance out of this fund to meet unforeseen expenses. However, these expenses must be subsequently authorised by Parliament and recovered through supplementary, additional, or excess grants.Finance Commission A meeting of the Fifteenth Finance Commission, attended by its chairperson, members, secretary and other staffers According to Article 280 of the Constitution it is to be constituted by the President once every five years and consists of a Chairman and four other members appointed by the President.  Their qualifications were to be determined by Parliament.  The duty of the Commission is to make recommendations to the President as to:

According to the Finance Commission Act of 1951,the Chairman of the Commission must be a person having ‘experience in public affairs’, the other four members must be from among the following: Logo of Customs and Central Excise

The tax revenue is distributed between the Unionand the States as follows:

(i) Taxes belonging to the Union exclusively: 1. Customs, 2. Corporation Tax, 3. Taxes on capital value of assets of individuals and Companies, 4. Surcharge on income tax, etc. 5. Fees in respect of matters in the Union List (List I).

(ii) Taxes belonging to the States exclusively: 1.Land Revenue, 2. Stamp duty except in documents included in the Union List, 3. Succession duty, Estate duty, and Income tax on agricultural land, 4. Taxes on passengers and goods carried on inland waterways, 5. Taxes on lands and buildings, mineral rights, 6. Taxes on animals and boats, on road vehicles, on advertisements, on consumption of electricity, on luxuries and amusements, etc. 7. Taxes on entry of goods into local areas, 8. Sales Tax, 9. Tolls, 10. Fees in respect of matters in the State List, 11. Taxes on professions, trades, etc. not exceeding Rs. 2,500 per annum (List II).

Stamp duties on bills of Exchange, etc., and Excise duties on medicinal and toilet preparations containing alcohol. Though they are included in the Union List and levied by the Union, shall be collected by the States by insofar as leviable within their respective territories, and shall form part of the States by whom they are collected (Article 268).

(iv) Taxes levied as well as collected by the Union, but assigned to the States within which they are leviable

(a) Duties on succession to property other than agricultural land. (b) Estate duty in respect of property other than agricultural land. (c) Terminal taxes on goods or passengers carried by railway, air or sea. (d) Taxes on railway fares and freights. (e) Taxes on sales of and advertisements in newspapers. (f) Taxes on the sale or purchase of goods other than newspapers, where such sale or purchase takes place in the course of inter-State trade or commerce. (g) Taxes on inter-State consignmnet of goods (Article 269).

Certain taxes shall be levied as well as collectedby the Union, but their proceeds shall be divided between the Union and the States in a certain proportion, in order to effect an equitable division of the financial resources.  These are (a) Taxes on income other than on agricultural income (Article 270), (b) Duties of excise as are included in the Union List excepting medicinal and toilet preparations may also be distributed, if Parliament by law so provides (Article 272).

(vi) The principal sources of non-tax revenues of the Union

The receipts from Railways; Posts and Telegraph;Broadcasting; Opium; Currency and Mint; Industrial and Commercial Undertakings of the Central Government relating to the subjects over which the Union has jurisdiction.

Of the industrial and commercial undertakings relating to Central subjects may be mentioned the Industrial Finance Corporation; the Air Corporations; industries in which the Government of India has made investments, such as the Sindri Fertilisers and Chemicals Ltd., Hindustan Shipyard Ltd., the Indian Telephone Industries Ltd etc. (vii) The States have their receipts from Forests, Irrigation and Commercial Enterprises (like Electricity, Road Transport) and industrial under-takings (such as soap, sandalwood, iron and steel in Karnataka, paper in Madhya Pradesh, milk supply in Bombay, deep sea fishing and silk in West Bengal).

Leader of the Opposition in Parliament

Grants and LoansBesides the devolution of revenues the Union meets  the financial needs of the States in two other ways:

(i) by making grants in aid of State revenues and other grants, and

(ii) by giving loans.  According to the Constitution both the Union and the States are empowered to make grants. But by virtue of the sums at its disposal the Union’s power is greater. The Union can make grants for purposes outside its legislative jurisdiction, and it is under this provision that many of the large capital grants for national development schemes are made.  Grant-in-aid may be made to a state to defray its budgetary deficits, or it may be a specific budget grant.  The general practice has been to make grant-in-aid on the basis of budgetary need, and to aid States whose revenues, even after devolution, fall short of their expenditures.

The Union government has unlimited power to borrow either within India or outside, and may exercise this power subject only to such limits as might be fixed by the Parliament from time to time as stated in Chapter II of Part XII, Article 292.  In the case of the States, however, their borrowing power is subject to a number of constitutional limitations (Article 293).

(i) It cannot borrow outside India.

(ii) The State Executive shall have the power to borrow, within the territory of India upon the security of the revenues of the State, subject to the following conditions:

(a) limitation as may be imposed by the State Legislature;

(b) if the Union has guaranteed an outstanding loan of the State, no fresh loan can be raised by the State without consent of the Union Government;

(c) the Government of India may itself offer a loan to a State, under a law made by Parliament; so long as such a loan or any part thereof remains outstanding, no fresh loan can be raised by the State without the consent of the Union Government.

Central SuperiorityIn the financial sphere, too, the Centre is better equipped. The Centre exercises control over the State finances through the Comptroller and Auditor-General.  During a financial emergency the President can ask the States to reduce their expenses and suspend the provisions regarding distribution of taxes. Parliament can increase any of the duties or taxes by a surcharge for purposes of the Union; all the proceeds of such surcharge go to the Union and form a part of the Consolidated Fund of India. In view of the dominant position of the Centre, the States have been clamouring for greater autonomy.  In June 1983 the Sarkaria Commission was set up. It submitted its report on the question of Centre-State relations in October 1987.