3.1 Principle of heat flow in fluids and concept of heat transfer coefficientIt is learnt by day-to-day experience that a hot plate of metal will cool faster when it is placed in front of a fan than exposed to air, which is stagnant. In the process, the heat is convected away, and we call the process convective heat transfer. The term convective refers to transport of heat (or mass) in a fluid medium due to the motion of the fluid. Convective heat transfer, thus, associated with the motion of the fluid. The term convection provides an intuitive concept of the heat transfer process. However, this intuitive concept must be elaborated to enable one to arrive at anything like an adequate analytical treatment of the problem.

It is well known that the velocity at which the air blows over the hot plate influences the heat transfer rate. A lot of questions come into the way to understand the process thoroughly. Like, does the air velocity influence the cooling in a linear way, i.e., if the velocity is doubled, will the heat transfer rate double. We should also suspect that the heat-transfer rate might be different if we cool the plate with some other fluid (say water) instead of air, but again how much difference would there be? These questiones may be answered with the help of some basic analysis in the later part of this module.

The physical mechanism of convective heat transfer for the problem is shown in fig.3.1. 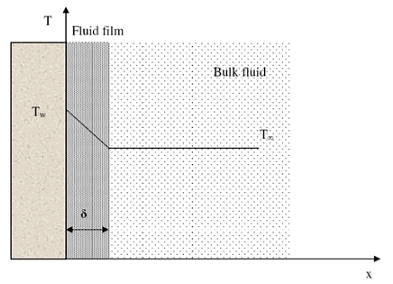 Fig. 3.1: Convective heat transfer from a heated wall to a fluid

Consider a heated wall shown in fig.3.1. The temperature of the wall and bulk fluid is denoted by

It is apparent from the above discussion that the prediction of the rates at which heat is convected away from the solid surface by an ambient fluid involves thorough understanding of the principles of heat conduction, fluid dynamics, and boundary layer theory. All the complexities involved in such an analytical approach may be lumped together in terms of a single parameter by introduction of Newton’s law of cooling,

where, h is known as the heat transfer coefficient or film coefficient.  It is a complex function of the fluid composition and properties, the geometry of the solid surface, and the hydrodynamics of the fluid motion.

If k is the thermal conductivity of the fluid, the rate of heat transfer can be written directly by following the Fourier’s law. Therefore, we have, 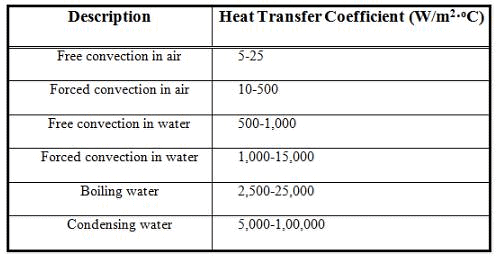