Stores Ledger Control Account:It deals with transactions of materials. All receipts are debited and issues are credited, the balance shows the stock of raw materials.

Cost of Sales Account:This account is debited with the cost of goods sold and selling and distribution overhead recovered and is closed by transfer to Costing Profit and Loss Account.

Overhead Suspense or Adjustment Account:In this account under or over absorbed overheads (of factory, administration and selling and distribution) are debited or credited. The balance of this account, if carried to next period will be shown as balance, if not carried to next period will be transferred to Costing Profit and Loss Account, if charged as subsidiary rate to production transferred to Cost of Sales Account (on units sold), Work-in-Progress (on units incomplete) and to Finished Goods sold (on units not sold) Sometimes this account is not maintained and the amount of under or over absorbed overheads is transferred direct to Costing Profit and Loss Account. Examples:ILLUSTRATION 1. Following transactions took place for the month of March in ABC Co. Ltd. Enter the transactions in the Cost Books. 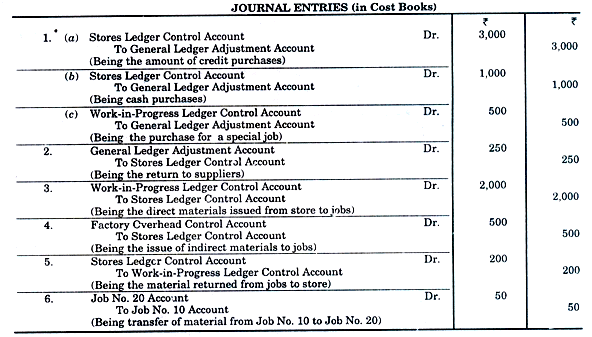 ILLUSTRATION 2. Enter the following transactions of ABC Co. Ltd. for the month of March, in the Costing Books, pertaining to Labour. 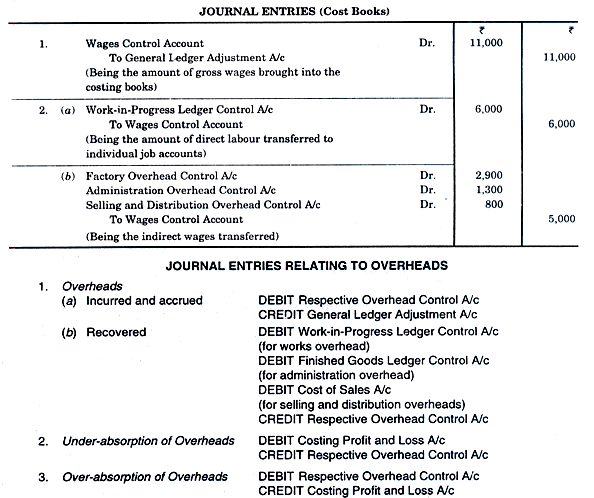 ILLUSTRATION 3. Pass Journal entries in the Costing Books from the information regarding' overheads given below 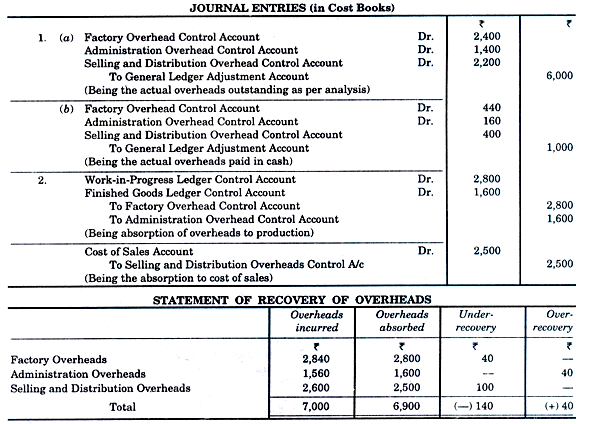 You are required to record the entries in cost ledger for the year 2011 and prepare a Trial Balance.Solution: 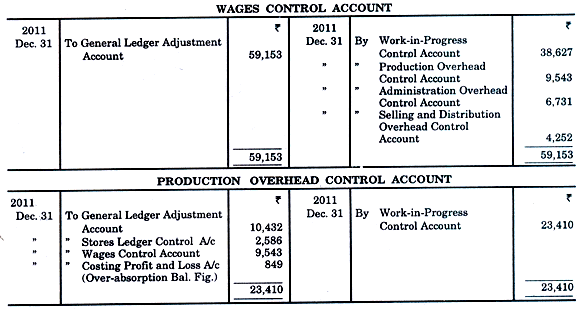 ILLUSTRATION 5. Following balances are shown in the cost ledger of Vinak Ltd. as on 1st April, 2011. 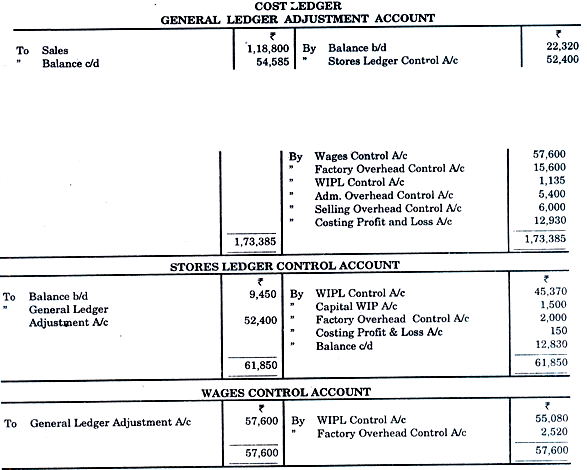