8.1. CHAMPARAN SATYAGRAHA
Why in news?

What is Rock Art?

8.3. RESTORING THE JEWELS OF DECCAN

Why in news?
The Aga Khan Trust for Culture’s ongoing restoration of the Qutb Shahi necropolis in Hyderabad.

Who were the Qutb Shahis?

About Qutb Shahi necropolis in Hyderabad

About Sahitya Akademi
It is dedicated to promotion of literature. Though set up by the Government of India in 1954, it functions as an autonomous organization.

The Akademi has instituted an annual prize for literary translation to be given to translations in the 24
languages recognised by it. 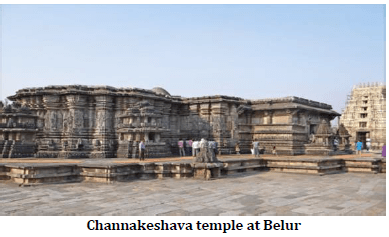 What is Manuscript?
It is the document written by hand or typewritten, before the reproduced in mechanised form.
It is a primary source of databank of perfect testimony written material of historical significance.