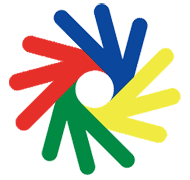 About Deaflympics and a Brief History

Just like the Olympic Games, the Deaflympics are held every four years. The first Deaflympics were held as early as 1924 in Paris and also went into history as the first international sport event for disabled athletes. With the exception of the time of the Second World War, the Deaflympics have been held every four years since 1924 with the number of participants growing with each games. In 1924, only 148 deaf athletes from nine European countries competed for bronze, silver and gold medals. But at the most recent 2009 Summer Deaflympics in Taipei, China, there were over 4,000 deaf athletes from 77 countries. The next Deaflympic Summer Games will be held in Sofia, Bulgaria in 2013.

Qualification Requirements for the Deaflympics

To be able to compete at the Deaflympic Games, the athletes must have a hearing loss of minimum 55 db in their better ear. No hearing aids are allowed to be used in the competition which unlike the Olympic Games as well as the Paralympics and the Special Olympics, do not use sounds such as a whistle or starting gun to guide the competitors. Instead, visual tools are used such as a flag wave and flash of light. The spectators of the Deaflympics are expected to wave with their hands instead of cheering or applauding by clapping their hands.

Hosts of the Deaflympics