Difference between Weather and Climate. 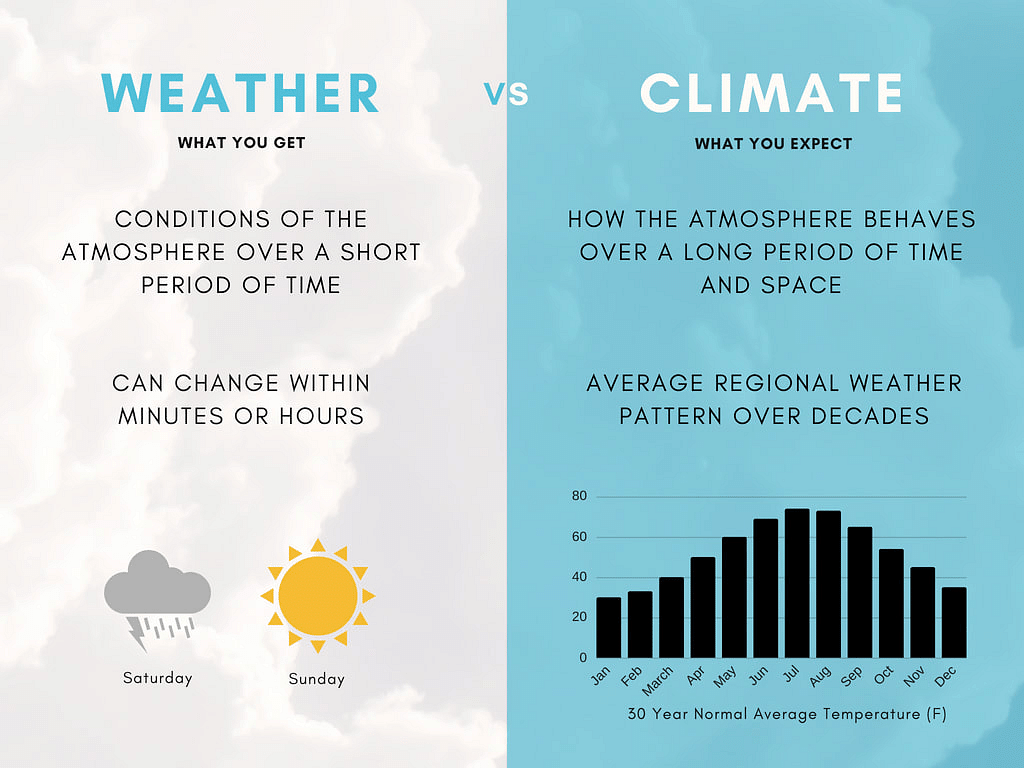 We can take two important elements: Temperature and Precipitation, and examine how they vary from place to place and season to season. 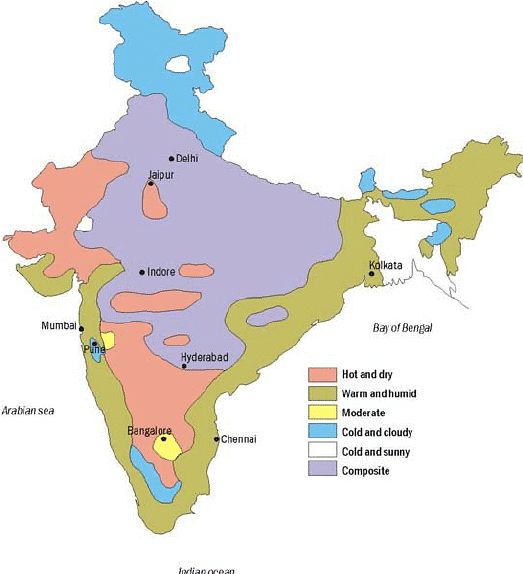 There are variations not only in the form and types of precipitation but also in its amount and the seasonal distribution: 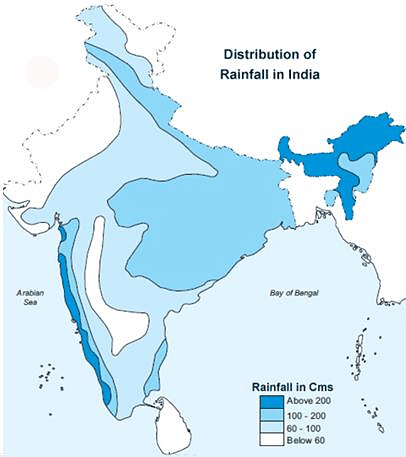 Try yourself:Most parts of India receive rainfall during which of the following months?
Explanation

Most parts of the country receive rainfall from June to September but some parts like the Tamil Nadu coast get a large portion of its rain during October and November.

Try yourself:Which one of the following causes rainfall during winters in north-western part of India?
Explanation

Western disturbances cause rainfall during winter in the north-western part of India. This is a pattern driven by Westerlies. Western Disturbances are important to the development of the Rabi crop in the northern subcontinent, which includes the locally important staple wheat. 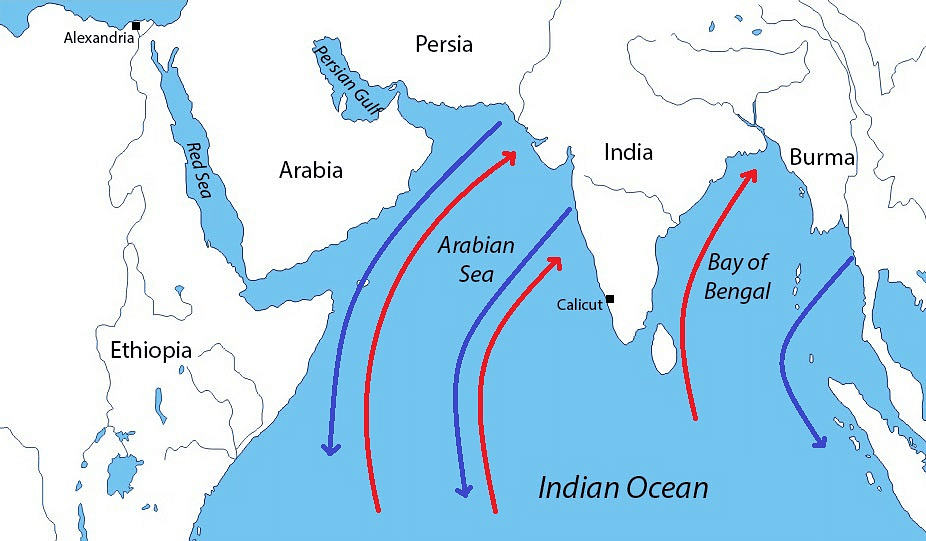 The direction of Monsoon Winds

The monsoons are experienced in the tropical area roughly between 200N - 200 S.

To understand the mechanism of the monsoons, the following facts are important:

The Onset of The Monsoon And Withdrawal 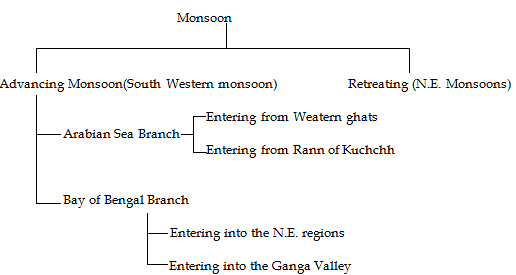 Four main seasons can be identified in India: 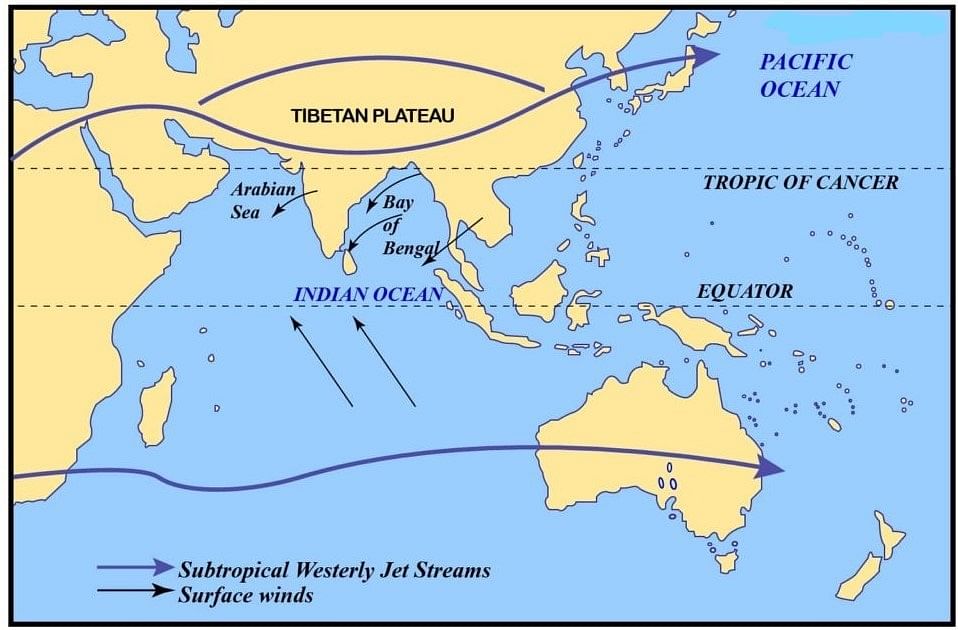 Atmospheric Conditions over the Indian Subcontinent in the Month of January 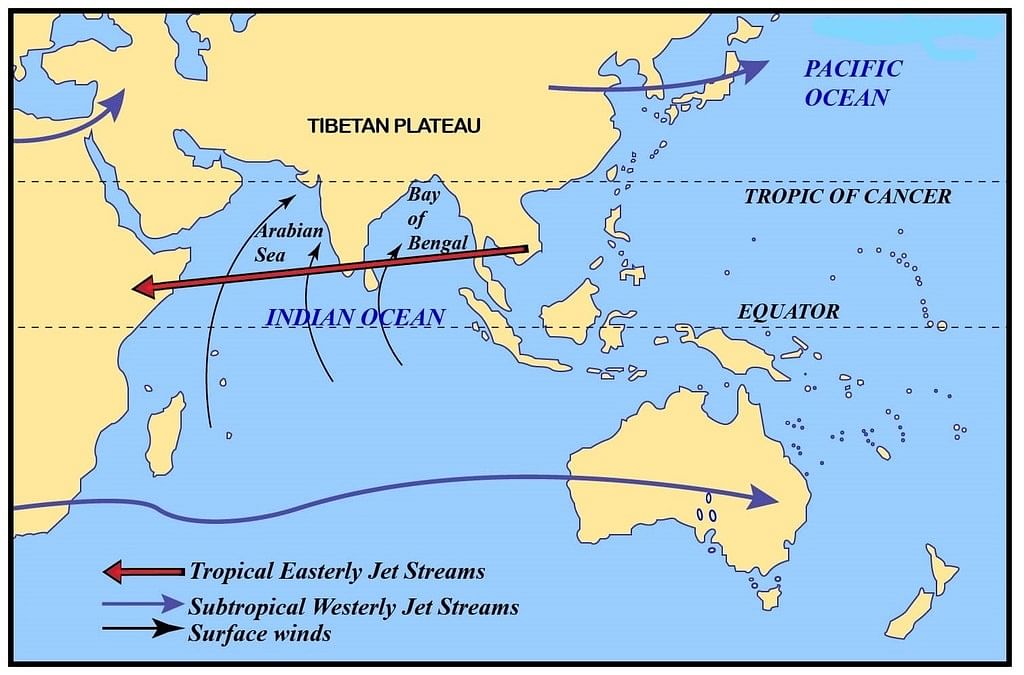 Atmospheric Conditions over the Indian Subcontinent in the Month of June

The season for localised thunderstorms, associated with violent winds, torrential downpours, often accompanied by hail. In West Bengal, these storms are known as the ‘Kaal Baisakhi’.