What is Food Security?

Food security means availability, accessibility and affordability of food to all people at all times. Food security depends on the public Distribution System (PDS), Government vigilance and action at times when this security is threatened.

Food security has the following dimensions:

How is Food Security affected during a Calamity?

Due to a natural calamity, say drought, the total production of foodgrains decreases. It creates a shortage of food in the affected areas. Due to a shortage of food, if such calamity happens in a very wide area or is stretched over a longer time period, it may cause a situation of starvation. Massive starvation might take a turn to famine. a famine is characterized by widespread deaths due to starvation and epidemics caused by forced use of contaminated water or decaying food and loss of body resistance due to weakening from starvation. There are places like Kalahandi and Kashipur in Orissa where famine-like conditions have been existing for many years and where some starvation deaths have also been reported. Therefore, food security is needed in a country to ensure the food at all times. 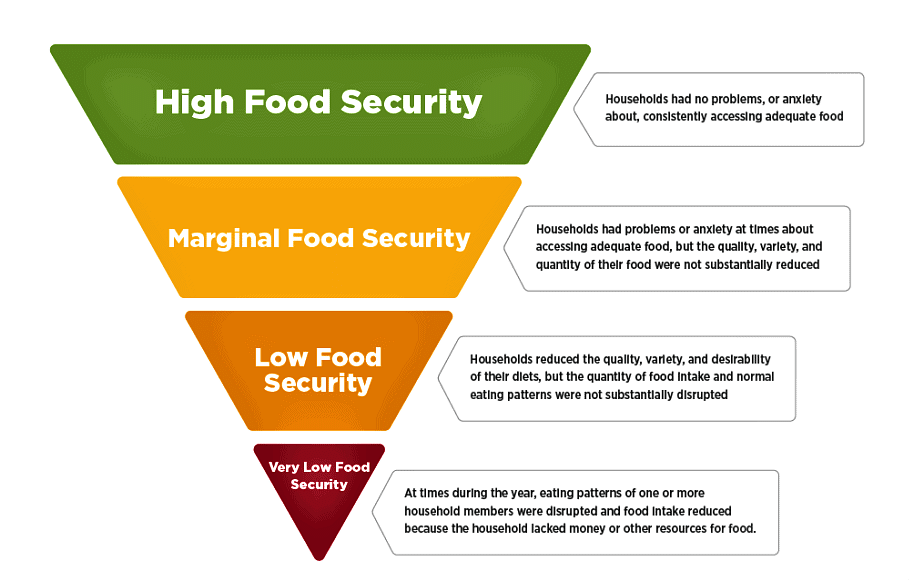 Which States are more Food Insecure?

the food insecure people are disproportionately large in some regions of the country, such as economically backward states with high incidence of poverty, tribal and remote areas, regions more prone to natural disasters etc. in fact, the states of Uttar Pradesh (eastern and south-eastern parts), Bihar, Jharkhand, Orissa, West Bengal, Chattisgarh, parts of Madhya and Maharashtra account for the largest number of food-insecure people in the country.

Hunger is another aspect indicating food insecurity. Hunger is not just an expression of poverty, it brings about poverty. The attainment of food security, therefore, involves eliminating current hunger and reducing the risk of future hunger. Hunger has chronic and seasonal dimensions.

India is aiming at Self-sufficiency in Foodgrains since Independence

India has become self-sufficient in foodgrains during the thirty years because of a variety of crops grow in the whole country. The availability of foodgrains at the country level has further been ensured with a carefully designed food designed system. This system has two components: (a) Buffer Stock (b) Public Distribution System.

What is Buffer Stock? 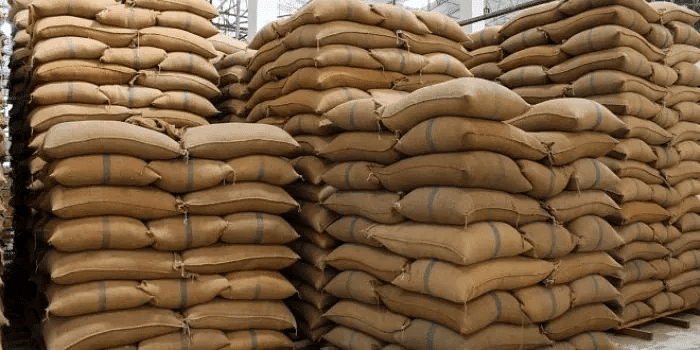 Buffer Stock refers to the stock of foodgrains, namely wheat and rice procured by the government through the Food Corporation of India (FCI). The FCI purchases wheat and rice from the farmers in states where there is surplus production. FCI procures wheat and rice from the market immediately after harvesting these crops. The stocks are released for sale through the Fair Price Shops. The principal objective of buffer stock is to maintain stability in the prices of food grains. The prices stability is essential to protect the interests of both producers and consumers: of course, different conditions favour producers and consumers.

What is Public Distribution System (PDS)?

The food procured by the FCI is distributed through government-regulated ration shops among the poorer section of the society. This is called the Public Distribution System (PDS). Ration shops are now present in most localities, villages, towns and cities. There are about 4.6 lakh ration shops all over the country. Rations shops also know as Fair Price Shops, keep stock of foodgrains, sugar, and kerosene oil for cooking. These items are sold to people at a price lower than the market price. Any family with a ration card can buy a stipulated amount of these items every month from the nearby ration shops. 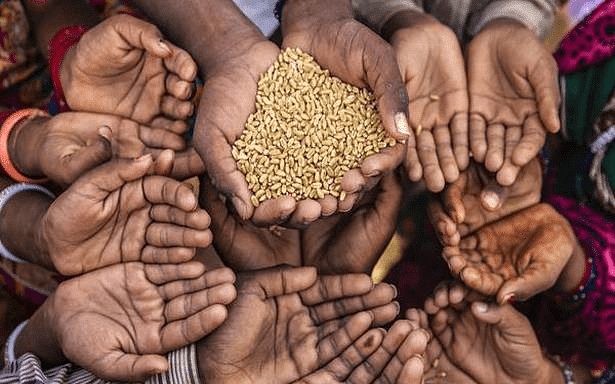 History of Rationing in India

The introduction of Rationing in India dates back to the 1940s against the backdrop of the Bengal Famine. The rationing system was revived in the wake of an acute food shortage during the 1960s, prior to the Green Revolution. In the wake of the high incidence of poverty levels, as reported by NSSO in the mid-1970s, three important food intervention programmes were introduced.

This scheme was launched on November 14, 2004, in the 150 most backward districts of the country with the objective of intensifying the generation of supplementary wage employment. The programme is open to all rural poor who are in need of wage employment and desire to do manual unskilled work. It is implemented as a 100 per cent centrally sponsored scheme and the food grains are provided to States free of cost. The Collector is the nodal officer at the district level and has the overall responsibility of planning, implementation, coordination, monitoring and supervision. For 2004-05, Rs 2,020 crore have been allocated for the programme in addition to 20 lakh tones of foodgrains.

This scheme was launched in December 2000. Under this scheme, one crore of the poorest among the BPL families covered under the targeted public distribution system was identified. Poor families were identified by the respective state rural development departments through a Below Poverty Line (BPL) survey. Twenty-five kilograms of foodgrains was made available family at a highly subsidized rate of Rs 2 per kg for wheat and Rs 3 per for rice. This quantity has been enhanced from 25 to 35 kgs with effect from April 2002. the scheme has been further expended twice by additional 50 lack BPL families in June 2003 and in August 2004. With this increase, 2 crore families have been covered under the AAY.

Antyodaya Anna Yojana (AAY) is a government scheme to provide highly subsidised food to millions of the poorest families. It was launched by the Union government on 25 December 2000 and first implemented in Rajasthan. So the answer is Option A.

Role of Cooperatives in Food Security 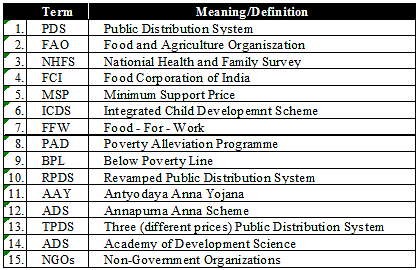