India is one of the ancient civilisations in the world. It has moved forward, displaying remarkable progress in the field of agriculture, industry, technology, and overall economic development. India has also contributed significantly to the making of world history. India – Size and Location, you will learn about India’s extent and standard meridian, India’s contact with the world through the International Highway of Trade and Commerce, and India’s neighbors.

The Tropic of Cancer (23⁰30'N) almost divides India into two equal parts. India begins to taper down at 22⁰.
Tropic of Cancer is the imaginary line at 23.50 degree north of the Equator.
In India Tropic of Cancer passes through 8 States. (Rajasthan, Gujarat, Madhya Pradesh, Chhattisgarh, Jharkhand, West Bengal, Tripura, and Mizoram.)

India has a Distinct Physical and Cultural Identity

Impact of the Longitudinal Extent of India

Impact of the Latitudinal Extent of India

Try yourself:What is the position of India in the world in respect of area?
Explanation

India and the World 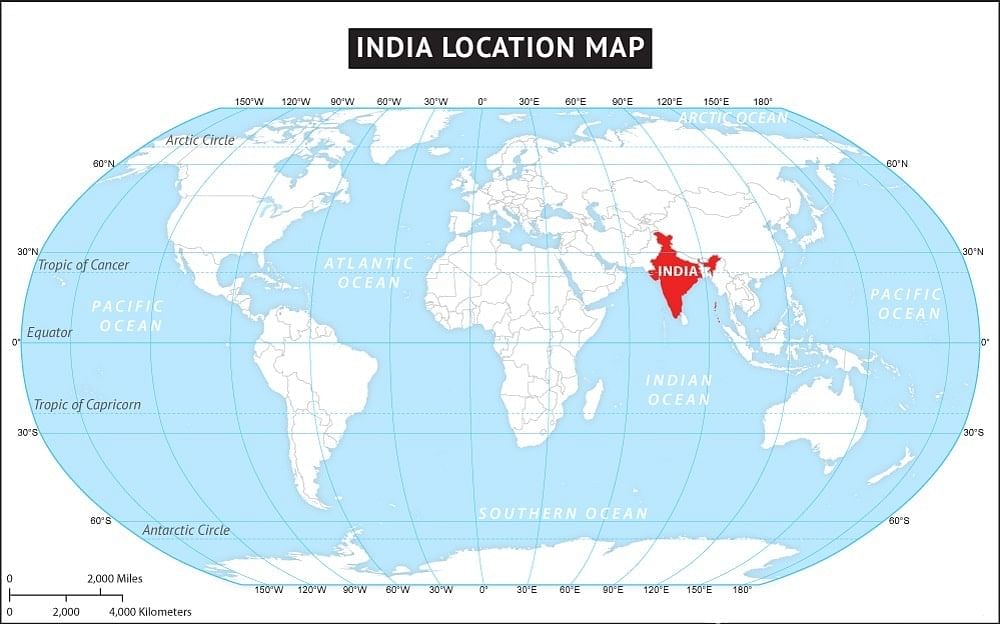 Some Interesting Knowledge(i) The southernmost point of the Indian Union – ‘Indira Point’ got submerged under the sea water in 2004 during the Tsunami.(ii) Since the opening of the Suez Canal in 1869, India’s distance from Europe has been reduced by 7000 km.(iii) Before 1947, there were two types of states in India – the provinces and the princely states. Provinces were ruled directly by British officials who were appointed by the Viceroy.

Princely states were ruled by local, hereditary rulers, who acknowledged sovereignty in return for local autonomy.