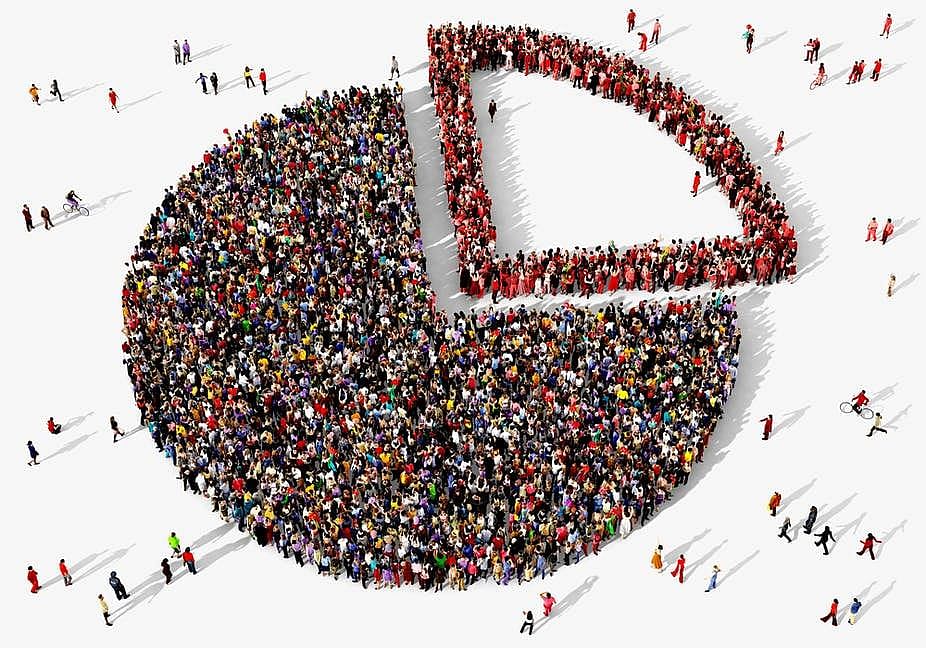 The people are important to develop the economy and society. The people make and use resources and are themselves resources with varying quality. Coal was only a piece of rock until people were able to invent technology to obtain it and make it a ‘resource’. Hence, the population is the pivotal element in social studies. it is the point of reference from which all other elements are observed and from which they derive significance and meaning. Their numbers, distribution, growth and characteristics or qualities provide the basic background for understanding and appreciating all aspects of the environment. Human beings are producers and consumers of the earth’s resources. Therefore, it is important to know how many people are there in a country, where do they live, how and why their numbers are increasing and what are their characteristics.

Three major aspects of the population are of primary concern:

Census: A census is an official enumeration of population done periodically? In India, the first census was held in the year 1872. The first complete census however was taken in the year 1991. Since then censuses have been held regularly every tenth year. The Indian census is the most comprehensive source of demographic, social and economic data.

The population is a dynamic phenomenon. the numbers, distribution and composition of the population are constantly changing. this is the influence of the three processes, namely – births, deaths and migrations.