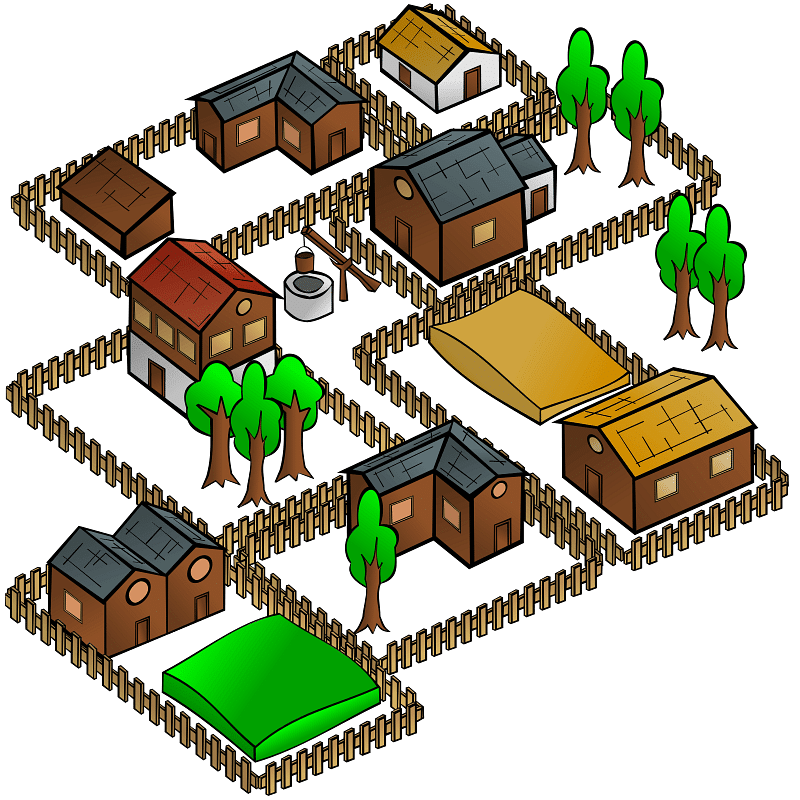 450 families live in Palampur. 80 are upper caste families and own maximum land. 150 families do not own land and 300 own land.

Production of any type of goods or services necessitated the services of four production factors, which aid in the overall production organization. 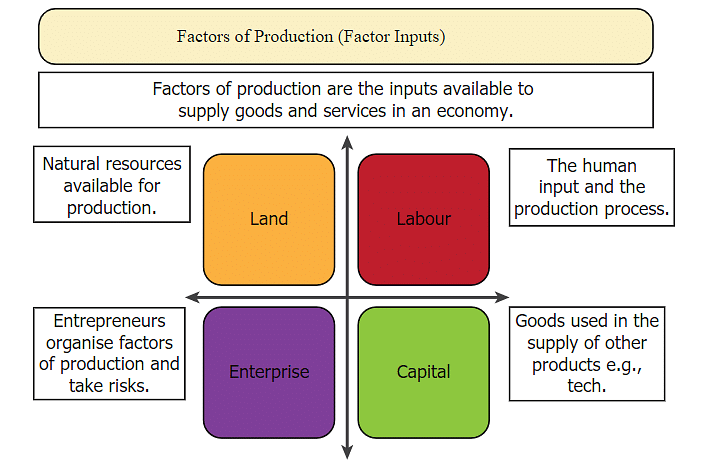 2. Is there a way one can grow more from the same land?

3. Will the land be sustained?

4. How is land distributed between the farmers of Palampur? 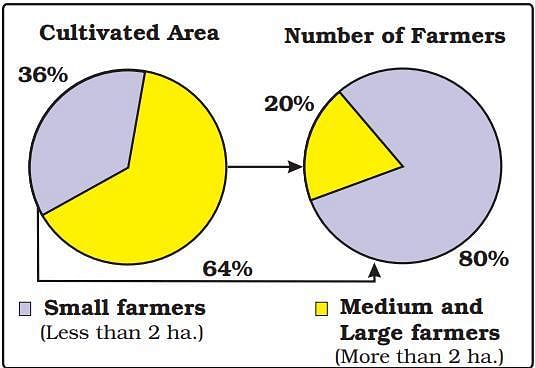 Land Distribution between Farmers of Palampur

5. Who will Provide the Labour?

6. The Capital needed in Farming

9. Sustainable use of Land

10. How does Electricity help the Farmers in Palampur? 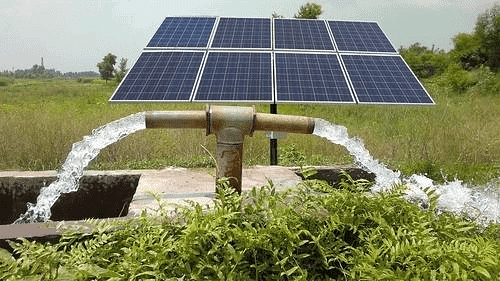 The main reasons why farmers are able to grow three different crops in a year are:(i) As a result of the coming of electricity in the Palampur village, people have greatly improved the system of irrigation. They can now irrigate more lands quite effectively.(ii) Tube wells were first installed by the government but soon people were able to set up their own tube wells.(iii) By multiple cropping more than one crop is grown on a piece of land during the same year. All farmers in Palampur grow at least two main crops; many are growing potato as the third crop.(iv) The other way is to use modern farming methods for higher yield. Higher yields are possible from a combination of HYV seeds, irrigation, chemical fertilizers, pesticides etc. 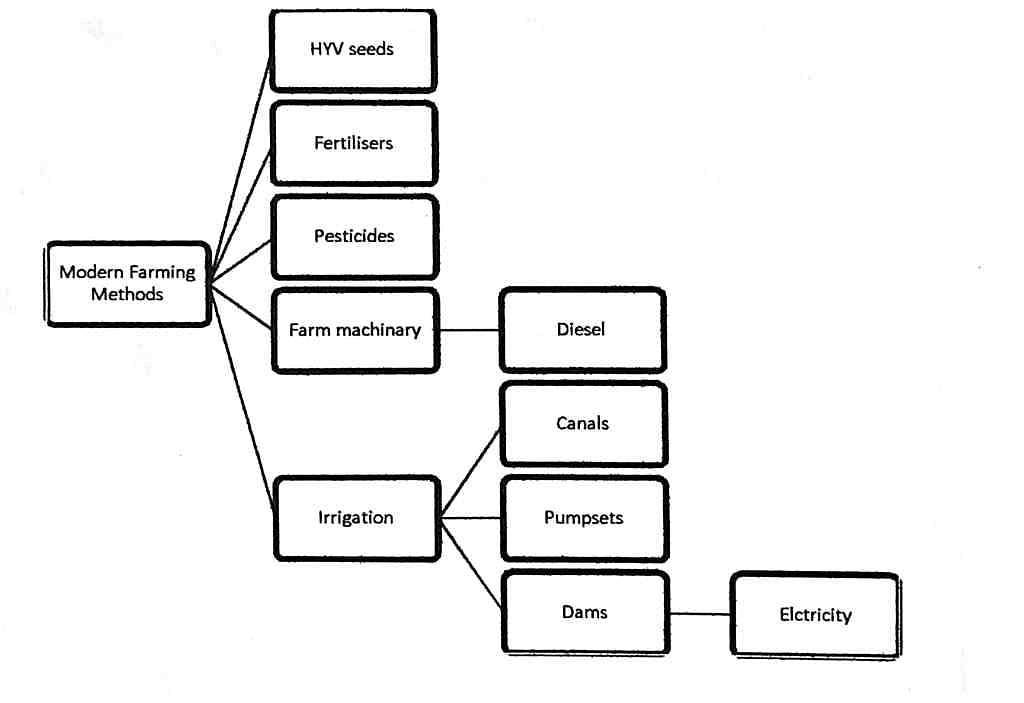 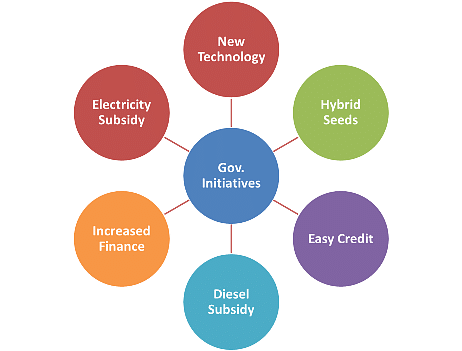 Green Revolution is a revolution of using modern farming methods for higher yield and achieving self-sufficiency in the production of wheat and rice. It includes the use of High Yielding Variety (HYV) seeds, irrigation, chemical fertilisers, pesticides etc for producing the best results. Wheat is benefitted most due to Green Revolution. 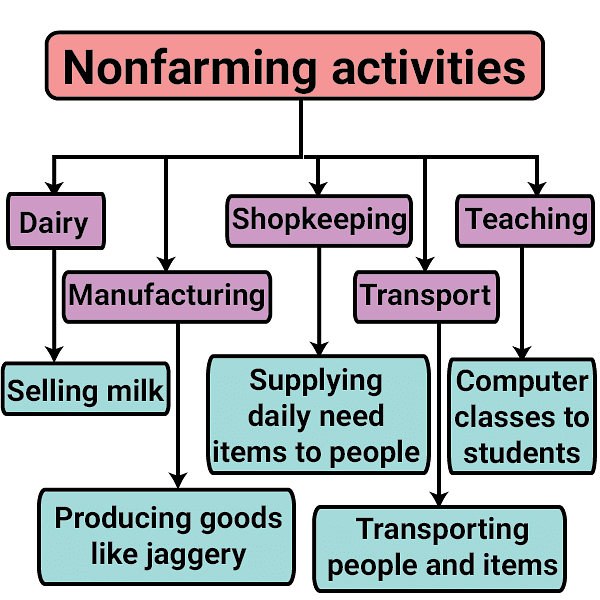 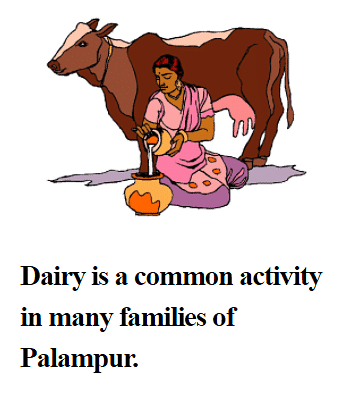 An Example of Small Scale Manufacturing in Palampur

The Shopkeepers of Palampur