The document Detailed NCERT Notes: Biological Classification Notes | Study Biology Class 11 - NEET is a part of the NEET Course Biology Class 11.
All you need of NEET at this link: NEET

Biological classification is the scientific procedure of arranging organisms in a hierarchical series of groups and sub-groups on the basis of their similarities and dissimilarities.

Living organisms need to be classified because of the following reasons

Five Kingdom Classification SystemThis classification was proposed by RH Whittaker, in 1969. Before 1969, the classification systems for the living organisms have undergone several changes overtime.He created fungi, as separate kingdom.The main criteria for classification used by Whittaker

Monerans and ProtistsAs we have already read in the previous about the topic most widely accepted five kingdom classification given by Whittaker in general. Now, we will study in details about the monerans and protists before the other three kingdoms. This is because, monerans are thought to have given rise to the protistans from which the remaining three has been evolved along the separate lines.

The characteristic features of kingdom-Monera are given below

The term Bacteria was proposed by Ehrenberg in 1829. They have widespread distribution be it air, water or soil. They can survive in extreme range of temperatures like up to 78°C and -190°C.

Important characteristics of bacteria are

Archaebacteria (Archae-ancient; bacteria) are special since, they live in some of the most harsh habitats such as extreme salty areas (halophiles), hot springs (thermoacidophiles) and marshy areas (methanogens).The characteristics of this domain are 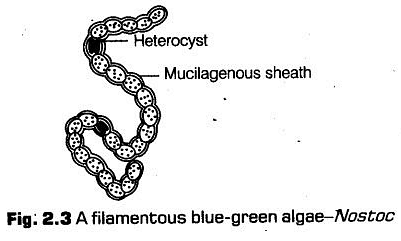 Kingdom-ProtistaKingdom—Protista includes all single-celled eukaryotes but, the boundaries of this kingdom are not well defined. It was first proposed by Ernst Haeckel (1866). Physiologically kingdom-Protista acts as a connecting link between the kingdom-Monera and the complex multicellular kingdom-Fungi, Plantae and Animalia. Kingdom-protista includes the following categories such as dinoflagellates, chrysophytes, euglenoids, slime moulds and protozoans.

The general characteristic features of kingdom-Protista are given below

These are unicellular green algae. Their cell walls have distinct halves. Sexual reproduction occurs by ‘conjugation’ (similar to Spirogyra). They are usually found in freshwater and acts as an indicators of polluted water.

EuglenoidsEuglenoids live in fresh aquatic habitats and damp soils.The characteristic features of euglenoids are described below

Slime moulds are saprophytic protists. Anton De Bary (1887) related them to animals and called them as Mycetozoa. These are also named as fungus animals because they share the common characters of both animals and are known as protistian jungi, and due to their protistian nature.The generalfeatures of slime moulds are discussed here

There are four major groups of protozoans

General features of this group are following

These are aquatic, actively moving organisms because of the presence of thousands of cilia.

Generalfeatures of this group are following 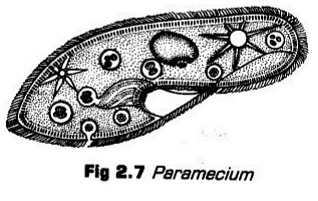 This group includes organisms that have an infections spore-like stage in their life cycle.

General features of this group are following

Five kingdom system of classification do not includes Virus, Viroids and Lichens.

The document Detailed NCERT Notes: Biological Classification Notes | Study Biology Class 11 - NEET is a part of the NEET Course Biology Class 11.
All you need of NEET at this link: NEET