The document Detailed Notes: Animal Life(Part - 1) Class 5 Notes | EduRev is a part of the Class 5 Course Science Class 5.
All you need of Class 5 at this link: Class 5 Animals also have sense organs, which are very active. They can see, hear, taste, smell and feel. There are many examples of amazing animal senses. Some animals can smell other animals from long distances. Some can hear the slightest sounds. Some can see their prey from far away.Misconcept / ConceptMisconcept: Snakes dance to the snake charmers flute tunes when they hear its music.Concept: Snakes are born deaf. They can only feel vibrations of the flute and they move according to that.Misconcept: Birds’ eyes are located in the front of their heads.Concept:  Most birds have eyes on the sides of their heads.

A FEW FACTS ABOUT ‘’HOW ANIMALS SMELL’’

As the ant move, they leave a smell on the ground.The other ants follow the smell to find the way. Fig: Ants moving in a line

A FEW FACTS ABOUT “HOW ANIMALS SEE”

A FEW FACTS ABOUT ‘’HOW ANIMALS HEAR’’

They do not have external ears (which you can see).

They only feel the vibrations on the ground.

A langur warns other animals of dangers like a tiger or leopard. The langur does this by making a special warning call. 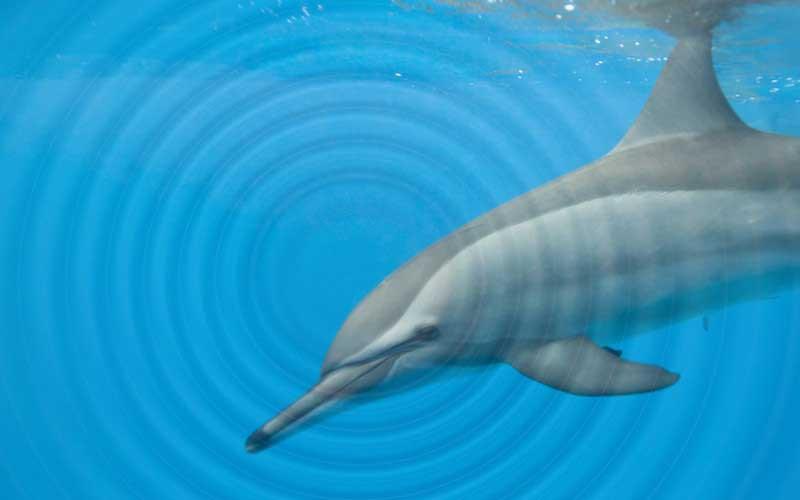 Dolphins make different sounds to give messages to each other.

WHY IS TIGER IN DANGER?

You must have heard of poaching. People go to forests for fun and kill animals like tiger or deer. Some people kill animals for their skin, horns, tusks or other useful parts which they sell to earn money. To protect these animals, our government has declared some forests as protected areas. Some of them are the Jim Corbett National Park in Uttarakhand and 'Ghana in Bhagalpur district of Rajasthan. In these areas nobody can hunt animals or destroy the jungle.

HARMFUL ANIMALSThere are many kinds of snakes in our country but only four types are poisonous. They are - Cobra, Common Krait, Russel's Viper (Duboiya), Saw-scaled Viper (Afai). A snake has two hollow teeth (fangs). When it bites, the poison enters the person's body through the fangs. There is a medicine for snake bites. Rats are called as enemies of farmers because they destroy the crops. USEFUL ANIMALSPeople use animals for various purposes like a dog or cat as pets, a horse, camel or bullock for transportation, hens for eggs, cows and goats for milk, sheep for wool and also some animals for entertainment. Such as monkeys and lion are used to entertain people in circus. Honey is obtained from honeybee. Silkworms produce silk which is used to prepare different types of fabrics. Snakes are called friends of farmers because they eat rats. IntroductionThere are two types of things on the earth, living and nonliving. A branch of science which deals with the study of living things is called Biology. Living things are further divided into two groups, plant kingdom and animal kingdom. On the basis of absorption of nutrients by the living organism, the organism who depends on the process of photosynthesis for their nutrition has been placed under plant kingdom, which you have studied in last chapter.Animal KingdomThe organism who can't perform photosynthesis, has been placed under animal kingdom. Animal has been divided into two groups on the basis of back bone. Vertebrates (with a back bone) and Invertebrates (without a backbone). In this chapter we will study about the animal kingdom (vertebrates).Vertebrates and Invertebrates 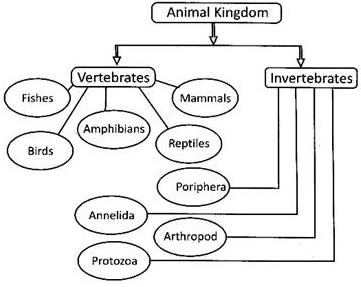 Note: Insects are the biggest group of animals on the earth. More than 1 million king of insect are there on the earth.