The document Detailed Notes - Plant Life(Part - 1) Class 5 Notes | EduRev is a part of the Class 5 Course Science Class 5.
All you need of Class 5 at this link: Class 5

How does a plant grow from the seed?

We know that plants grow from seeds and there are a lot of internal changes that take place in the seed when it grows into a new plant. Seeds need water, appropriate p temperature and a good quality soil to germinate. Till the time the new plantlet (seedling) grows its first leaves, it depends upon the food stored in the seed to grow. When the seedling develops its own leaves, it starts to become independent. The roots of the seedling start to extend downwards and the stem and leaves upwards. The roots g absorb water and nutrients from the soil and the leaves g absorb sunlight.

The stage of germination of seed ends here but the plant has just started to grow.

However, not only the seeds can form new plants, some other parts of plants such as roots, leaves and stems are also used to grow new plants out of them.

For example, the sweet potatoes can be grown from an old plant's roots. However, it is to be checked first whether the roots are still alive or not.

The stems of sugarcane and roses are used to grow new plants. The cutting of stem is planted into the soil and after some time a new plant grows out of it. This method is coiled CUTTING.

And sometimes the stem is not separated from the tree. A branch of the tree while still attached to the tree, is buried into the earth and a new plant starts to grow from it after some time. It starts developing roots. Then it is

Detached from the parent plant. This method of using the stem to produce new plants is called LAYERING.

Sometimes, leaves of plants are also used to produce new plants such as in Bryophyllum.

But the most common method to grow plants remains through seeds.

When the field is ploughed, the farmer disperses the seeds manually. But there are plants whose seeds are dispersed through insects or air. 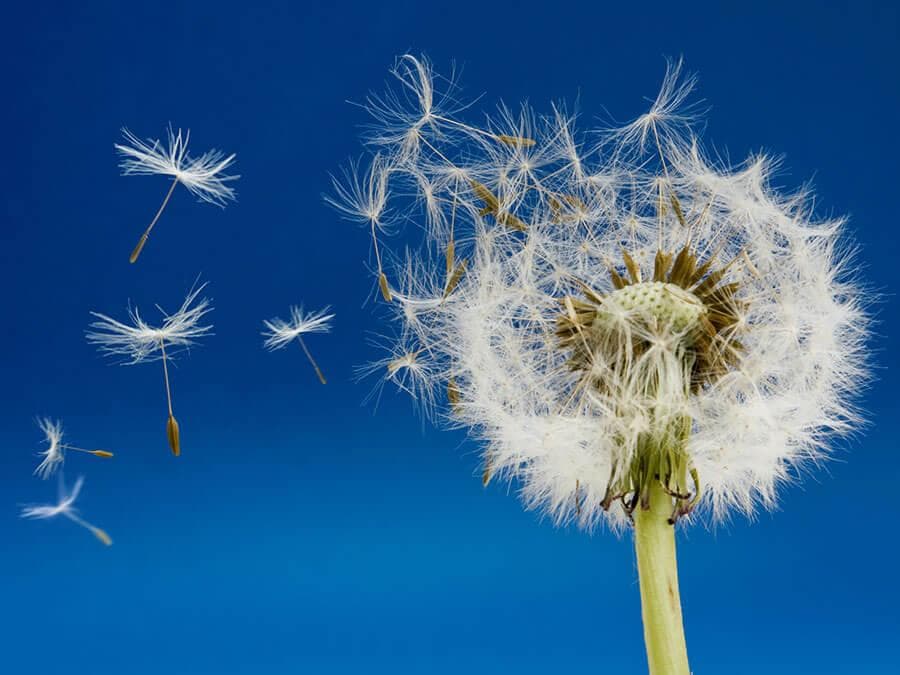 Fig: Dispersal of seed by wind

Dispersal of seeds means spreading the seeds so that they can grow.

Air, water, small insects and animals help to disperse the seeds. Sometimes the seeds are dispersed with the effect of gravity. The heavy fruits such as apples and coconuts fall down on earth after ripening and this cause’s seed dispersal.

Water also helps in seed dispersal. Seeds can actually travel a long distance with the help of water, the dispersal of water lily seed happens through water.

The flower of water lily produces a fruit which falls down to the bottom of pond after floating for some time on water. 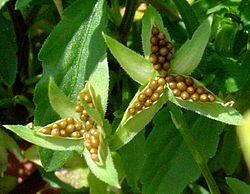 You must have seen some feathery things flying around you sometimes. These are the seeds of dandelion which are dispersed through wind. The wind either makes the seeds float in air or it blows the seeds to fall on the ground.

Small insects and animals also help in dispersing the seeds. If an insect sits on a flower, its seeds get stuck to the legs of the insects and when the insect flies away it carries the seeds to some other place. 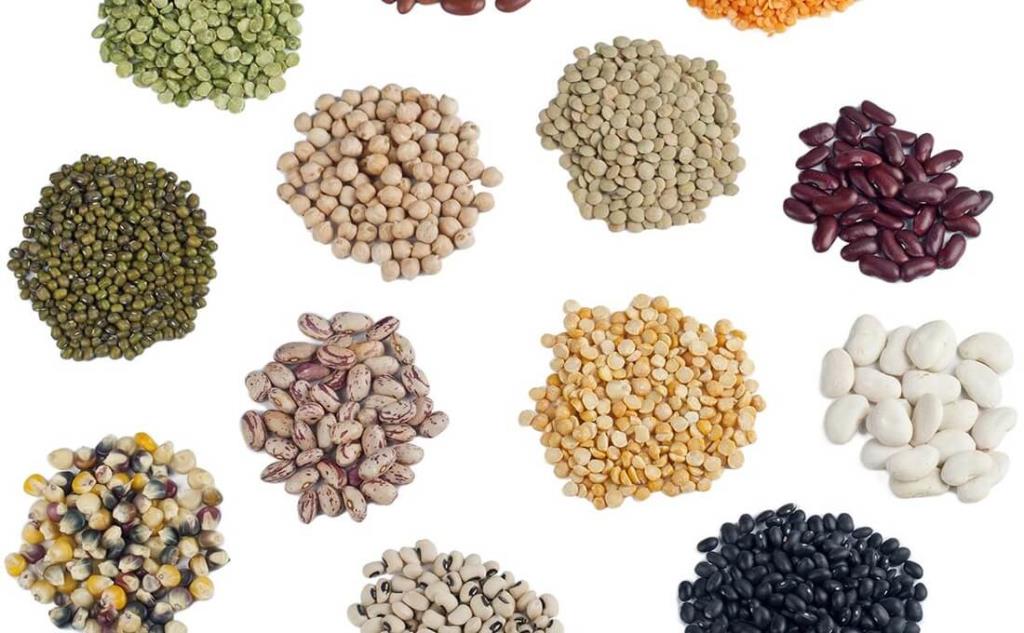 Concept:  Peanuts are not nuts, but legumes related to beans and lentils. They have more protein, niacin, folate, and phytosterols than any nut, according to the National peanut Board.

Misconcept:  Garlic mustard is a type of garlic

Concept:  Garlic mustard is a member of the mustard family, not garlic. This invasive herb out competes native plants in the Eastern and Midwestern United States, posing a threat to other native plants and the species that depend on them.

When the animals eat something (a fruit) and go to the other places, sometimes they leave the seeds of the fruit at some place which helps in dispersal. In the same manner we also disperse the seeds when we eat out at a place, say any fruit on a picnic and we throw the left over somewhere.