The document Detailed Syllabus of JEE (Main)-2021 JEE Notes | EduRev is a part of the JEE Course Mock Test Series for JEE Main & Advanced 2021.
All you need of JEE at this link: JEE

Sets and their representation: Union, intersection and complement of sets and their algebraic properties; Power set; Relation, Type of relations, equivalence relations, functions; one-one, into and onto functions, the composition of functions.

The fundamental principle of counting, permutation as an arrangement and combination as section, Meaning of P (n, r) and C (n, r), simple applications.

Principle of Mathematical Induction and its simple applications. 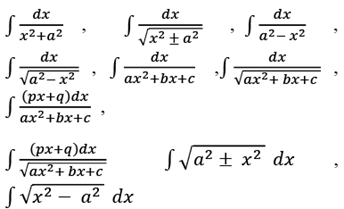 Cartesian system of rectangular coordinates in a plane, distance formula, sections formula, locus and its equation, translation of axes, the slope of a line, parallel and perpendicular lines, intercepts of a line on the co-ordinate axis.

Statement logical operations and, or, implies, implied by, if and only if, understanding of tautology, contradiction, converse and contrapositive.

The syllabus contains two Section- A and B, Section – A pertains to the Theory Part having 80% weightage, while Sections – B contains practical component (Experimental Skills) having 20 % Weightage.

Work done by a content force and a variable force; kinetic and potential energies, work-energy theorem, power. The potential energy of spring conservation of mechanical energy, conservative and neoconservative forces; Elastic and inelastic collisions in one and two dimensions.

Centre of the mass of a two-particle system, Centre of the mass of a rigid body; Basic concepts of rotational motion; a moment of a force; torque, angular momentum, conservation of angular momentum and its applications; the moment of inertia, the radius of gyration. Values of moments of inertia for simple geometrical objects, parallel and perpendicular axes theorems and their applications. Rigid body rotation equations of rotational motion.

Unit 7: Properties of Solids and Liquids

Biot - Savart law and its application to current carrying circular loop. Ampere's law and its applications to infinitely long current carrying straight wire and solenoid. Force on a moving charge in uniform magnetic and electric fields. Cyclotron. Force on a current-carrying conductor in a uniform magnetic field. The force between two parallel current-carrying conductors definition of ampere. Torque experienced by a current loop in a uniform magnetic field: Moving coil galvanometer, its current sensitivity and conversion to ammeter and voltmeter. Current loop as a magnetic dipole and its magnetic dipole moment. Bar magnet as an equivalent solenoid, magnetic field lines; Earth's magnetic field and magnetic elements. Para-, dia- and ferromagnetic substances. Magnetic susceptibility and permeability. Hysteresis. Electromagnets and permanent magnets.

Reflection and refraction of light at plane and spherical surfaces, mirror formula. Total internal reflection and its applications. Deviation and Dispersion of light by a; prism; Lens Formula. Magnification. Power of a Lens. Combination of thin lenses in contact. Microscope and Astronomical Telescope (reflecting and refracting ) and their magnifying powers.Wave optics: wavefront and Huygens' principle. Laws of reflection and refraction using Huygens principle. Interference, Young's double-slit experiment and expression for fringe width, coherent sources and sustained interference of light. Diffraction due to a single slit, width of central maximum. Resolving power of microscopes and astronomical telescopes. Polarization, plane-polarized light: Brewster's law, uses of plane-polarized light and Polaroid.

Propagation of electromagnetic waves in the atmosphere; Sky and space wave propagation. Need for modulation. Amplitude and Frequency Modulation, Bandwidth of signals. the bandwidth of Transmission medium, Basic Elements of a Communication System (Block Diagram only).

Familiarity with the basic approach and observations of the experiments and activities:

Unit I: Some Basic Concepts in Chemistry

Thomson and Rutherford atomic models and their limitations; Nature of electromagnetic radiation, photoelectric effect; Spectrum of the hydrogen atom. Bohr model of a hydrogen atom - its postulates, derivation of the relations for the energy of the electron and radii of the different orbits, limitations of Bohr's model; Dual nature of matter, de Broglie's relationship. Heisenberg uncertainty principle. Elementary ideas of quantum mechanics, quantum mechanics, the quantum mechanical model of the atom, its important features. Concept of atomic orbitals as one-electron wave functions: Variation of Y and Y2 with r for 1s and 2s orbitals; various quantum numbers (principal, angular momentum and magnetic quantum numbers) and their significance; shapes of s, p and d - orbitals, electron spin and spin quantum number: Rules for filling electrons in orbitals – Aufbau principle. Pauli's exclusion principle and Hund's rule, electronic configuration of elements, extra stability of half-filled and completely filled orbitals.

Electrolytic and metallic conduction, conductance in electrolytic solutions, molar conductivities and their variation with concentration: Kohlrausch’s law and its applications.

Rate of a chemical reaction, factors affecting the rate of reactions: concentration, temperature, pressure and catalyst; elementary and complex reactions, order and molecularity of reactions, rate law, rate constant and its units, differential and integral forms of zero and first-order reactions, their characteristics and half-lives, the effect of temperature on the rate of reactions, Arrhenius theory, activation energy and its calculation, collision theory of bimolecular gaseous reactions (no derivation).

Catalysis: Homogeneous and heterogeneous, activity and selectivity of solid catalysts, enzyme catalysis and its mechanism.

Unit 11: Classification Of Elements and Periodicity In Properties

Unit 12: General Principles and Processes Of Isolation Of Metals

Group -1 and 2 Elements General introduction, electronic configuration and general trends in physical and chemical properties of elements, anomalous properties of the first element of each group, diagonal relationships. Preparation and properties of some important compounds - sodium carbonate and sodium hydroxide and sodium hydrogen carbonate; Industrial uses of lime, limestone. Plaster of Paris and cement: Biological significance of Na, K. Mg and Ca.

General introduction and classification of polymers, general methods of polymerization, - Addition and condensation, copolymerization.Natural and synthetic, rubber and vulcanization, some important polymers with emphasis on their monomers and uses – polythene, nylon, polyester and bakelite.

Anions- CO32−, S2-,SO42−, NO3-, NO2-, Cl-, Br-,  I- ( Insoluble salts excluded).Chemical principles involved in the following experiments:1. Enthalpy of solution of CuSO4.2. Enthalpy of neutralization of strong acid and strong base.3. Preparation of lyophilic and lyophobic sols.4. Kinetic study of the reaction of iodide ion with hydrogen peroxide at room temperature.