The orientation of planes or faces in a crystal can be described in terms of their intercepts on the three axes. Miller introduced a system to designate a plane in  a crystal.Miller introduced a set of three numbers to specify a plane in a crystal. This set of three numbers is known as ‘Miller Indices’ of the concerned plane. Miller indices is defined as the reciprocals of the intercepts made by the plane on the three axes.

Step 1: Determine the intercepts of the plane along the axes X,Y and Z in terms of the lattice constants a,b and c.

Step 2: Determine the reciprocals of these numbers.

Step 3: Find the least common denominator (lcd) and multiply each by this lcd. 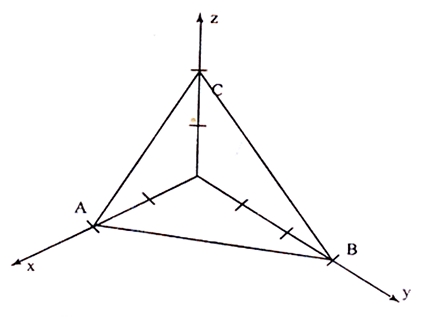 Planes In a Crystal 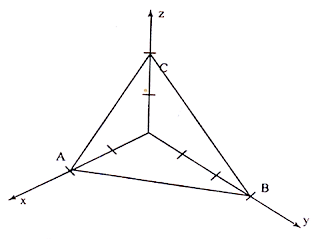 For the cubic crystal especially, the important features of Miller indices are, A plane which is parallel to any one of the co-ordinate axes has an intercept of infinity (∞). Therefore the Miller index for that axis is zero; i.e. for an intercept at infinity, the corresponding index is zero.Example 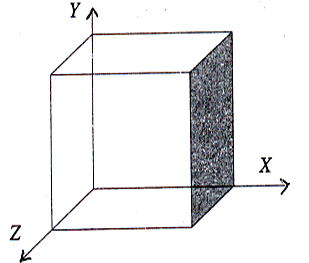 Miller Indices of Some Important Planes 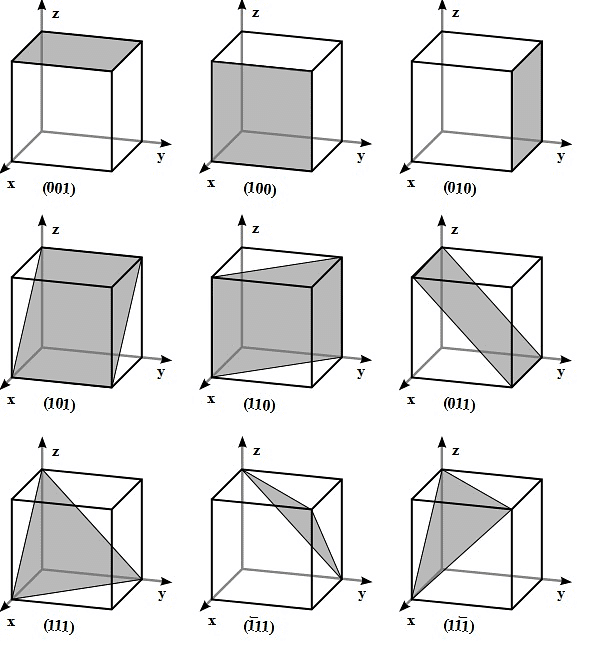 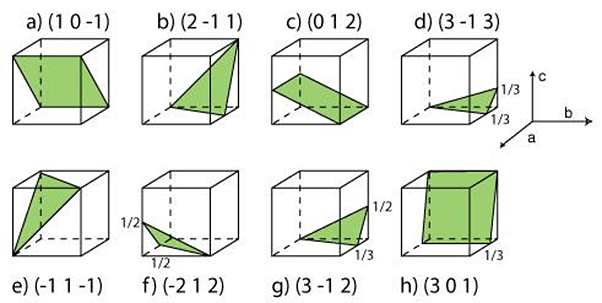 Consider a cubic crystal of side ‘a’, and a plane ABC. This plane belongs to a family of planes whose Miller indices are (h k l) because  Miller indices represent a set of planes. Let ON = d, be the perpendicular distance of the plane A B C from the origin. 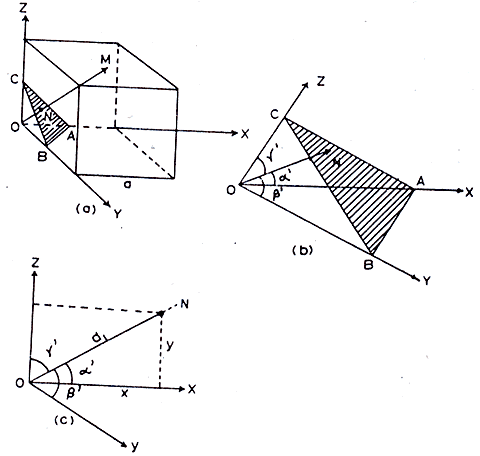 Example 1: The lattice constant for a unit cell of aluminum is 4.031Å Calculate the interplanar space of (2 1 1) plane.

Example 2: Find the perpendicular distance between the two planes indicated by   the Miller indices (1 2 1) and (2 1 2) in a unit cell of a cubic lattice with a lattice constant parameter ‘a’.

and the perpendicular distance between the origin and the plane  (2 1 2),